CHESTERFIELD COUNTY, Va. -- A Chesterfield mother and business owner is sewing the burial dress for a pregnant teen killed by a hit and run driver on New Years Day.

Tionna Hill, a 17-year-old pregnant mother of two, was killed the morning of January 1 along the 4800 block of Midlothian Turnpike.

Charles Willis, a community activist and organizer of United Communities Against Crimes, organized a vigil for the teen outside of George Wythe High School in Richmond on Thursday.

Willis said he has worked with Hill's mother to pay for a proper burial for her daughter.

Earlier that day, Verna Hill was searching for a burial dress for her daughter.

"I gave a call to the Gee Law Firm and I said. 'Is there anything you can do?'" Willis recalled during the service.

Standing in the office visiting a friend was Wanda Reynolds. She owns the sewing business Itz Me Creations.

"She has a daughter who passed away and I'm a mom," Reynolds explained. "There was a mother who needed help and I had the resources, so why not help?"

Reynolds, who works out of a small sewing room in her Chesterfield home, didn't hesitate to agree to sew Tionna a proper burial dress for free.

Reynolds said she wasn't sewing the dress to receive recognition. She stated it was the least she could do for a grieving mother.

"My prayer to God every day is to use me to be a blessing to Him," she said.

Friends and family released red balloons into the sky at the end of the vigil.

"I'm sad to see that she’s gone. I'd rather it be me than my daughter," Verna Hill cried.

Richmond Police said both the vehicle and drive believed to be involved in the crash have been located. No charges have been filed.

Investigators ask anyone with information about this incident to call RPD Crash Team Investigator D. Olson at 804-646-1664 or Crime Stoppers at 804-780-1000. The P3 Tips Crime Stoppers app for smartphones may also be used. All Crime Stoppers methods are anonymous. This is a developing story. Witnesses can send news tip, photos, and video here. 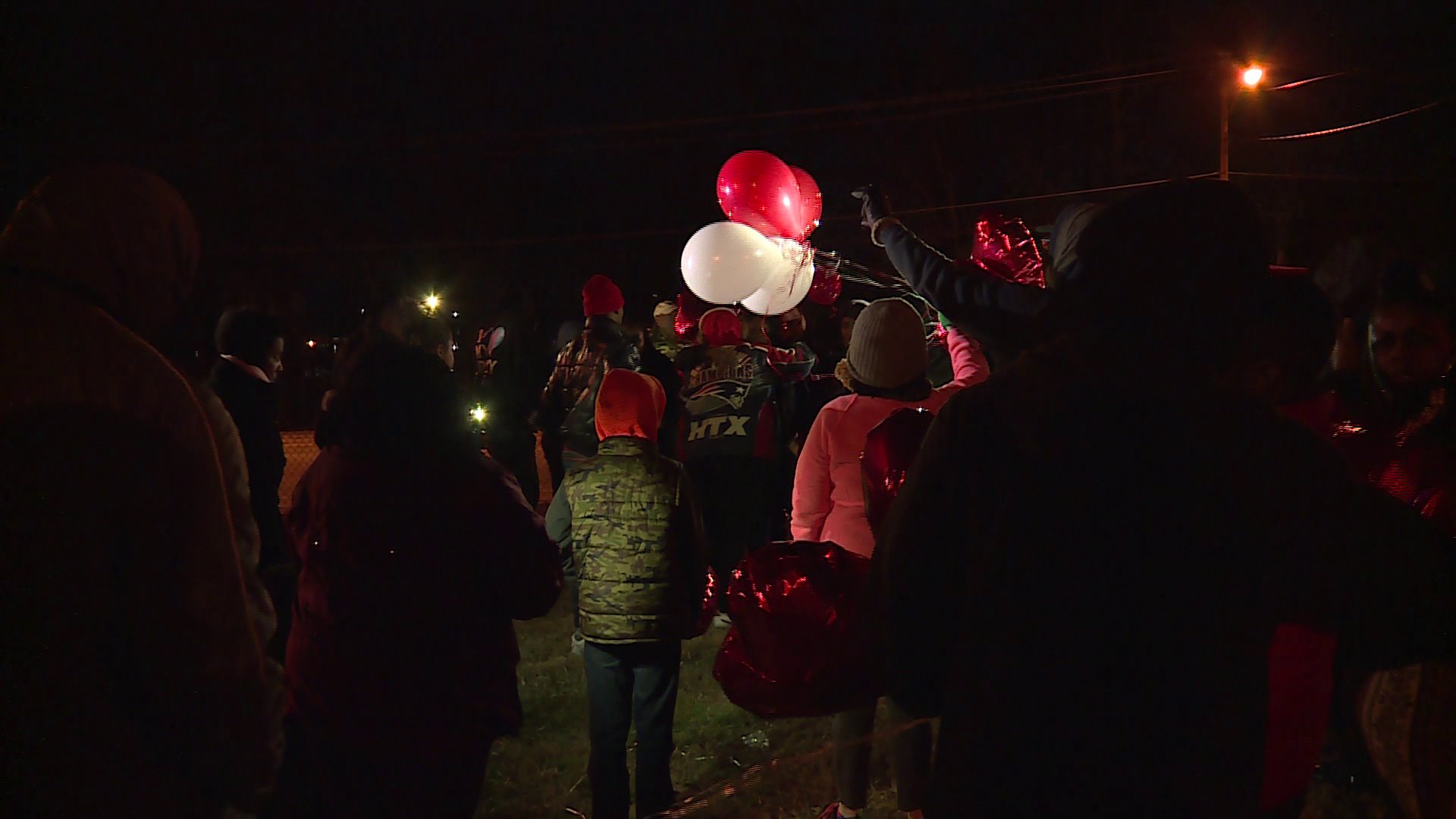