PRINCE GEORGE COUNTY, Va. -- Troopers have released the names of the three people killed in a head-on crash on Interstate 95 in Prince George County Wednesday afternoon. 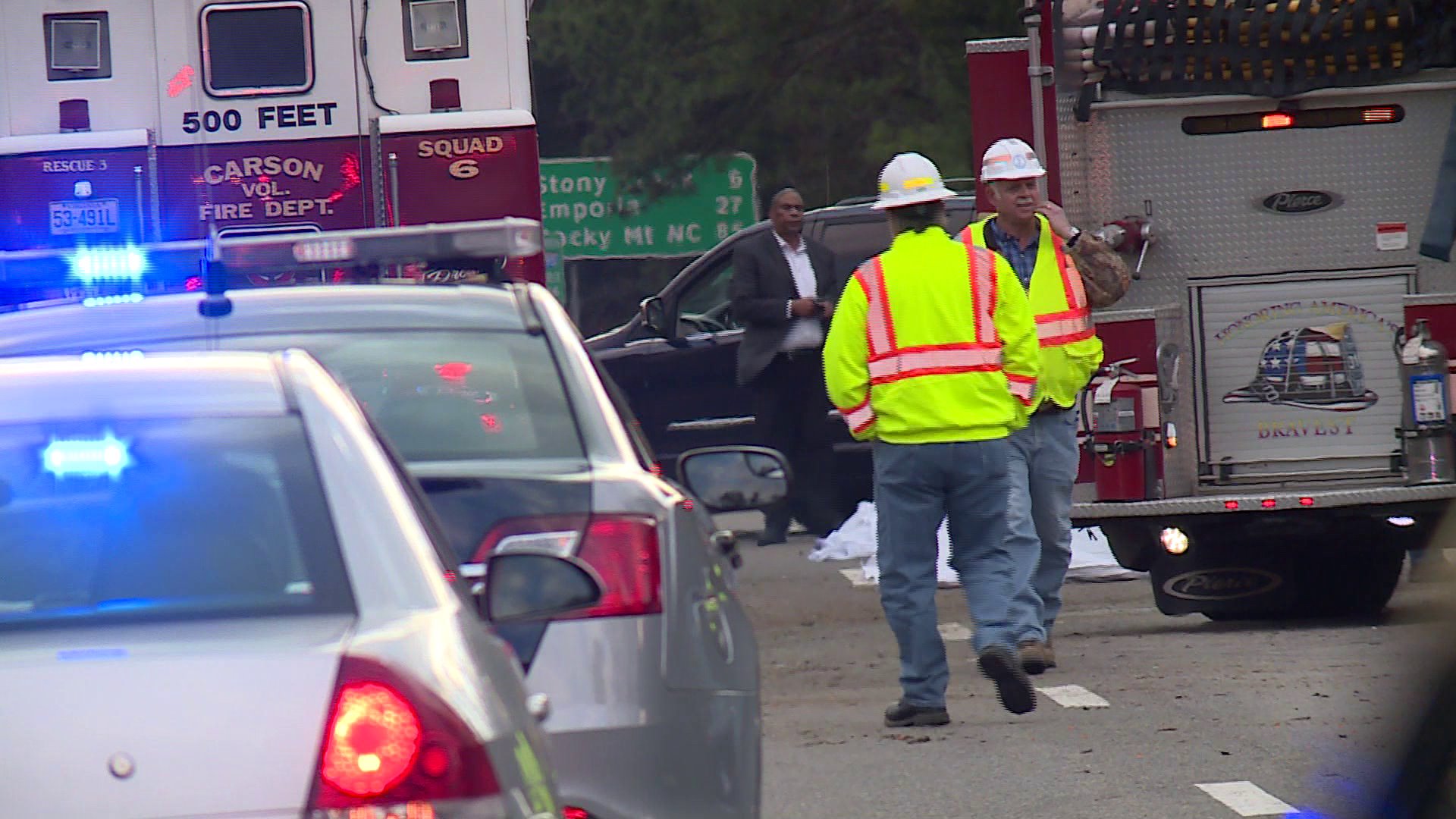 Sgt. Keeli L. Hill with Virginia State Police said 38-year-old Eric G. Estes, of Oldsmar, Florida, was traveling northbound on I-95 when he veered his car across the median and hit a SUV headed southbound head-on.

Officials said the driver of the SUV, 70-year-old Gary K. Lilly, and his passenger, 70-year-old  Elizabeth L. Lilly, died at the scene. Troopers said the couple, who were from The Villages, Florida, were not wearing their seat belts.

Estes, who officials said was wearing his seat belt, also succumbed to his injuries at the scene, Hill said.

The crash shut down lanes on I-95 south near mile marker 38 for several hours.

Hill said the cause of the crash remains under investigation.