BRUNSWICK COUNTY, Va. — Two people were killed in a four-vehicle crash that closed Route 58 east in Lawrenceville, according to Virginia State Police.

“A 2003 Ford Explorer, driven by Elizabeth Estrada Garcia, was traveling westbound Route 58, when she lost control, ran off the road and across the median into oncoming eastbound traffic,” Virginia State Police spokesperson Sgt. Michelle Anaya said. “Ms. Garcia struck several vehicles head on, to include a 1998 Pontiac GM. The impact of the collision caused the Pontiac to burst into flames, killing the driver, Santee Jarrell Sr., upon impact. The passenger, Thomas Leroy Jarrell, was transported to VCU hospital and later died from the injuries sustained in the accident. 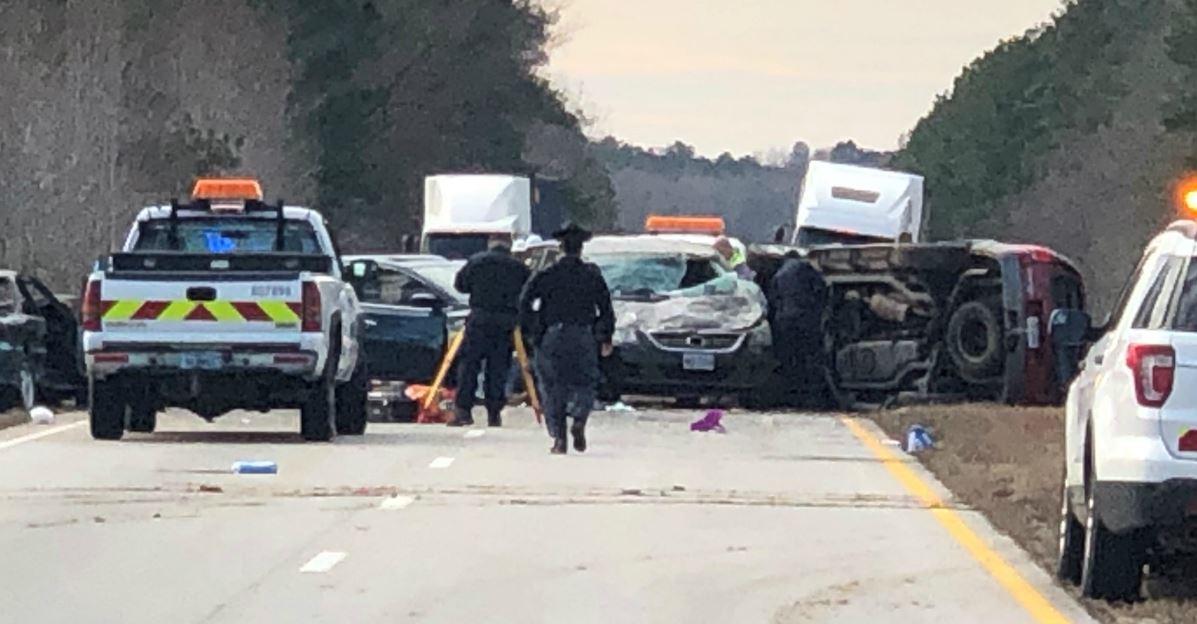 Garcia, 38, of Lawrenceville, was charged with reckless driving, failure to maintain proper control, giving false police report to a law enforcement officer, and operating a motor vehicle with no operators license. She was booked at Meherrian River Regional Jail without bond.