RICHMOND, Va. – As work on the Virginia Women’s Monument continues on Capitol Square, the sculptor behind the monument was in Richmond Thursday to unveil a small-scale model of the real-life construction.

Ivan Schwartz, founder, and director of Studio ESI, called the Virginia Women’s Monument one of the legacy-defining works of his design studio.

“The studio has produced more historic sculptures in American than any studio in the United States in the past 42 years and I think this is going to be one of our great signature pieces,” said Schwartz. 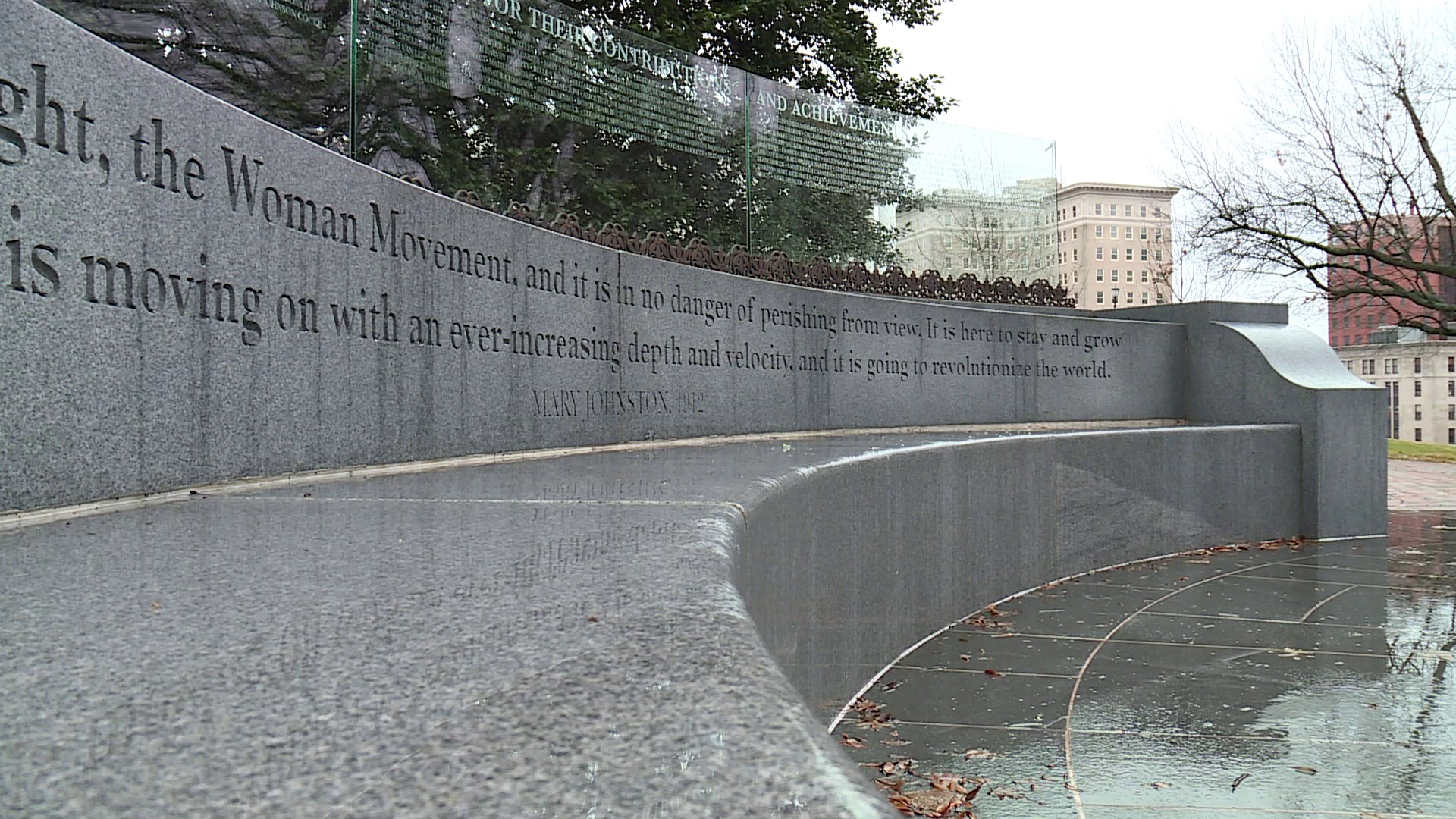 “Some of them are well known to us like Maggie Walker or Martha Washington, and others who are not so well known. I think that’s one of the great things about the selection of these women,” said Schwartz. “It’s really about what they have done and what they represent to future generations that I think will make this monument so appealing.”

The new model includes small-scale versions of the 12 statues as they will ultimately look once completed in bronze.

The granite plaza of the monument has been completed, along with the wall of honor containing the names of 230 Virginia women.

The next step of the process will be adding the 12 bronze statues, four of which have been commissioned by Schwartz.