RICHMOND, Va. – A suspicious package found on the Northeast side of Capitol Square Monday morning has been taken to the state lab for precautionary testing.

The investigation began after an officer on patrol noticed the envelope at the base of the Civil Rights memorial around 6 a.m. Virginia Capitol Police asked citizens to avoid the area while they investigated.

After an initial investigation, Capitol Police called for assistance from the Richmond Police Explosive Ordnance Detection and the Richmond Fire Hazmat units. 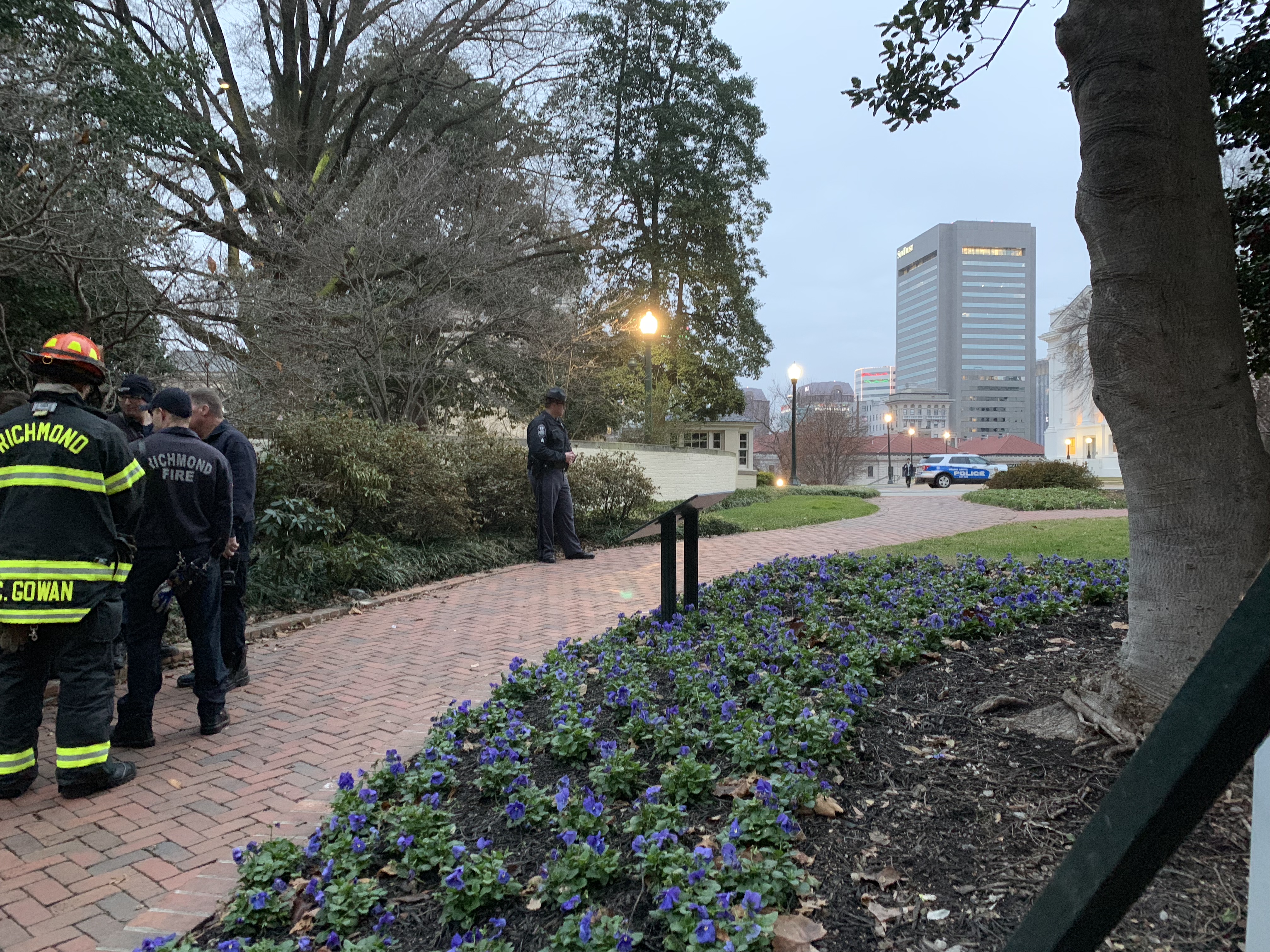 “An examination of the package by the EOD indicated it was unlikely there were explosives in the package, cage, but police decided that, as a precautionary measure, to have the envelope sent to the state lab for testing,” said a state police spokesperson.

Capitol Square remained open during the investigation, although visitors were directed around the area where authorities were working.

"Nothing is more important to us than the safety of those who work, live and visit here," said Col. Anthony S. Pike, the Capitol Police chief, "so we want to let those at the state lab take a closer look, so we can be absolutely certain."

Initial testing by the state lab showed no indication of spores or volatiles, according to Capitol Police. The lab plans additional testing, and those results are not expected until Wednesday.

UPDATE: spokesperson for Capitol Police says an envelope was found at the base of the Civil Rights memorial. He says they have since determined it does not appear to be explosive, but will take it to the state lab as a precaution. @CBS6 pic.twitter.com/3HzupEaFMe