HENRICO COUNTY, Va. -- More than 30 people were forced to leave their homes Christmas Eve when a fire was reported at their Henrico apartment complex.

The fire, off Staples Mill Road along the 4200 block of Balmoral Avenue, impacted 11 apartments, according to a spokesperson for the Henrico Fire Department.

"When firefighters arrived they found fire coming from a second floor apartment and thick smoke filling the building," Capt. Rob Rowley said. "Some firefighters quickly began attacking the fire while others used ladders to rescue three people that were trapped on their balcony, cut off from escape by the smoke."

Everyone got out safely.

Juan Jose Lovo said he was cooking dinner in the second-floor apartment when it caught fire.

"I started to cook chicken," he said.

He said he went to the bathroom and came back to find fire coming outside the oven. That's when he grabbed his 2-year-old and tried to go next door for help, but he said it was already too late.

A neighbor in the building next door, who wanted to remain anonymous, said she came outside to see her friend's apartment in flames.

"Everything just got ruined, burned. Everyone had to get out of there," she said. "It’s just really sad because today's Christmas and they’re supposed to be with family and they have a little kid."

Other residents came back to salvage what they could Christmas morning, but Jose Lovo said it's not much. He said he lost everything.

"I found these keys this is what I found last night. It’s burnt but I use it," said Jose Lovo. He added that he's staying with family now, but isn't sure what he will do next.

Apartment managers are working to determine whether the people burned from their homes can move somewhere else within the complex.

The Red Cross said they're assisting five people from two separate units and also planned to speak with people from nine other units to potentially help them as well.

"The Henrico Fire Marshal’s Office is investigating the cause of the fire which appears to have originated in the kitchen," Rowley said. "Henrico Fire reminds everyone that holiday hosting means we need to be even more watchful over sources of ignition such as stoves, heating appliances or smoking materials." 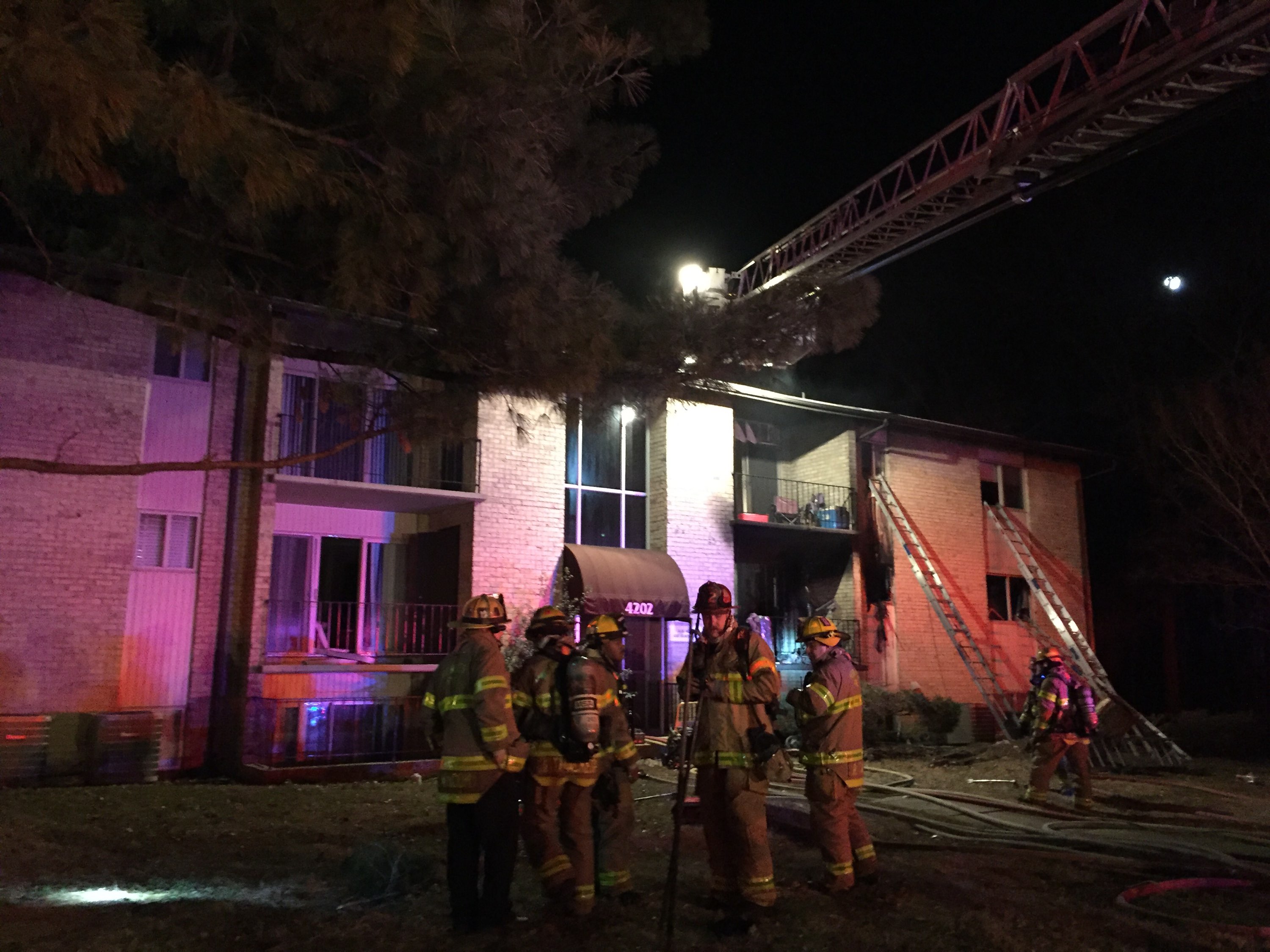