ASHLAND, Va. -- Authorities are asking for the public’s to identify the gunman who robbed a convenience store in Ashland Sunday morning.

Officer Chip Watts with Ashland Police said officers were called to a robbery at a convenience store in the 100 block of Thompson Street just before 11:40 a.m.

Photos released by police show the suspect brandishing a black handgun and walking out of the store with a cash drawer from the register. 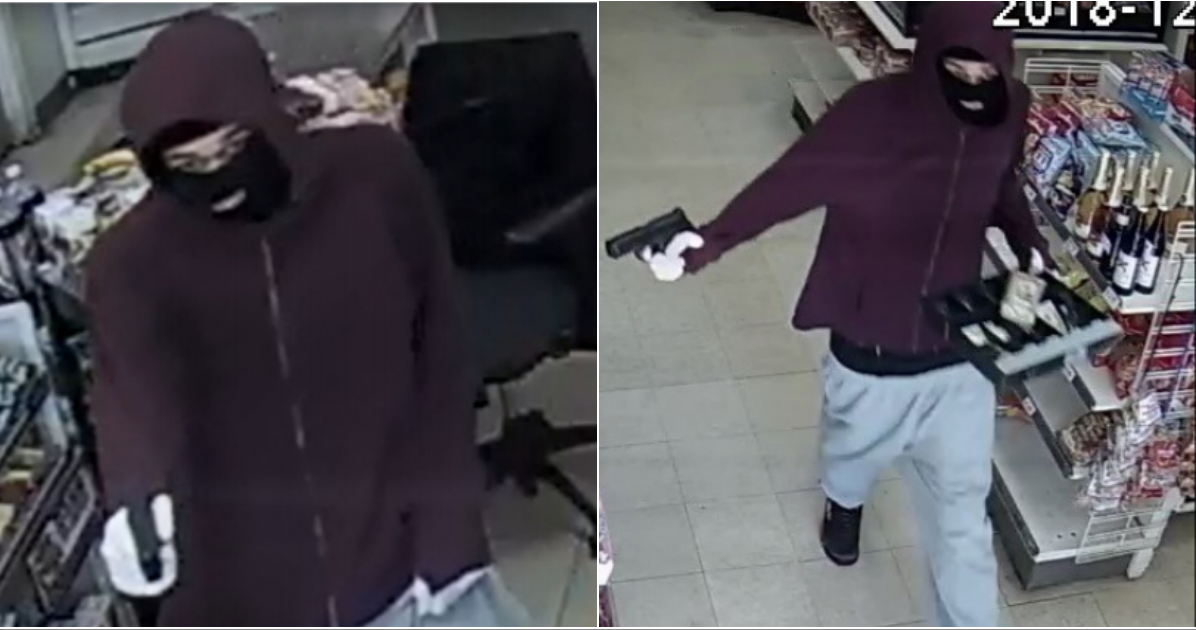 Police said the suspect, who was only described as a 6-foot-tall man, got away with an undisclosed amount of money.

The suspect took off in a silver Infinity with passenger front quarter-panel damage, tinted windows and a tinted cover over the rear license plate.

Anyone with information regarding this offense is asked to contact the Ashland Police Department at 804-365-6140 or Crime Stoppers at 804-780-1000. Citizens can also text Crime Stoppers at 274637, using the key word “ITip” followed by your tip. Both Crime Stoppers methods are anonymous.