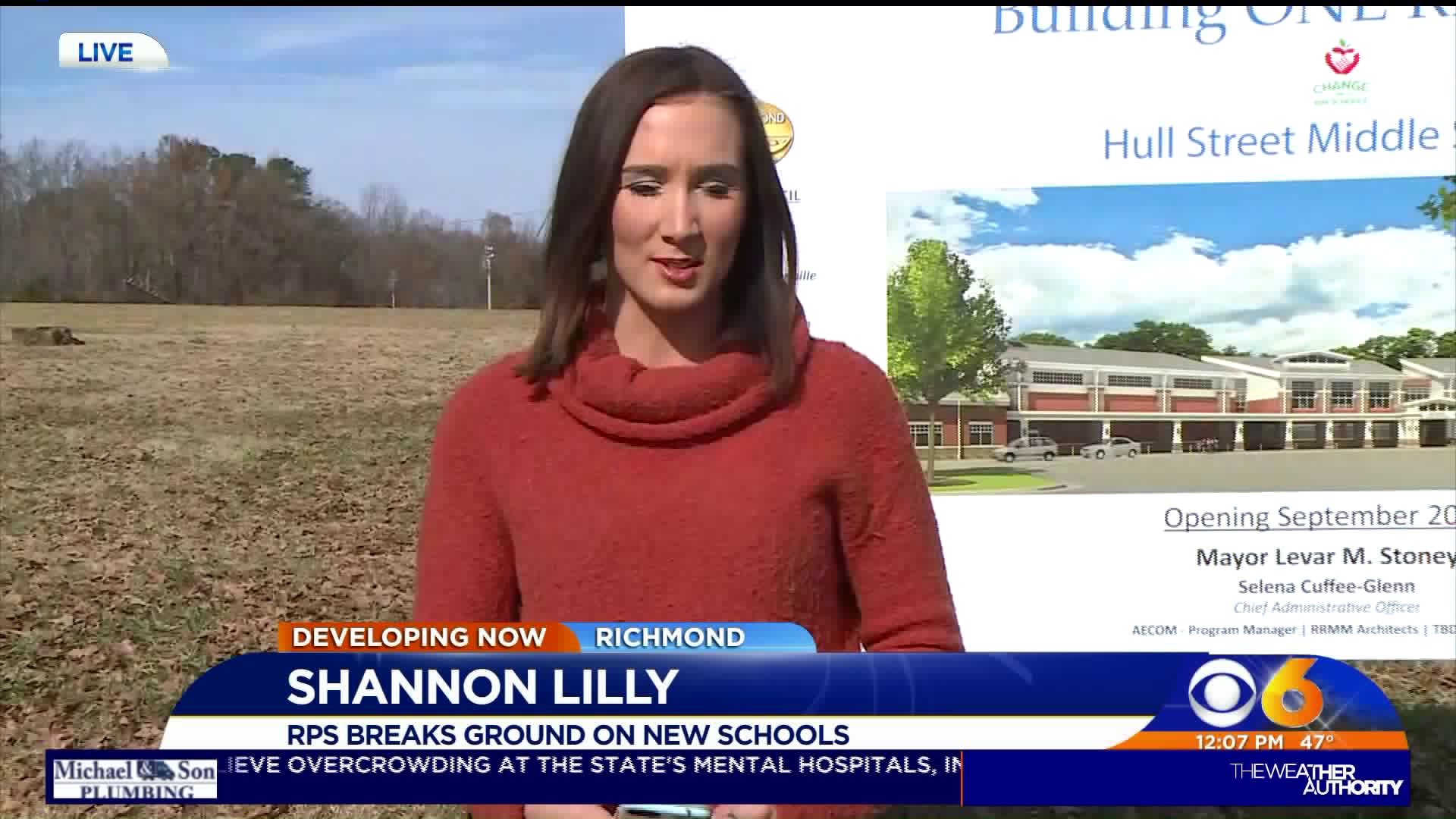 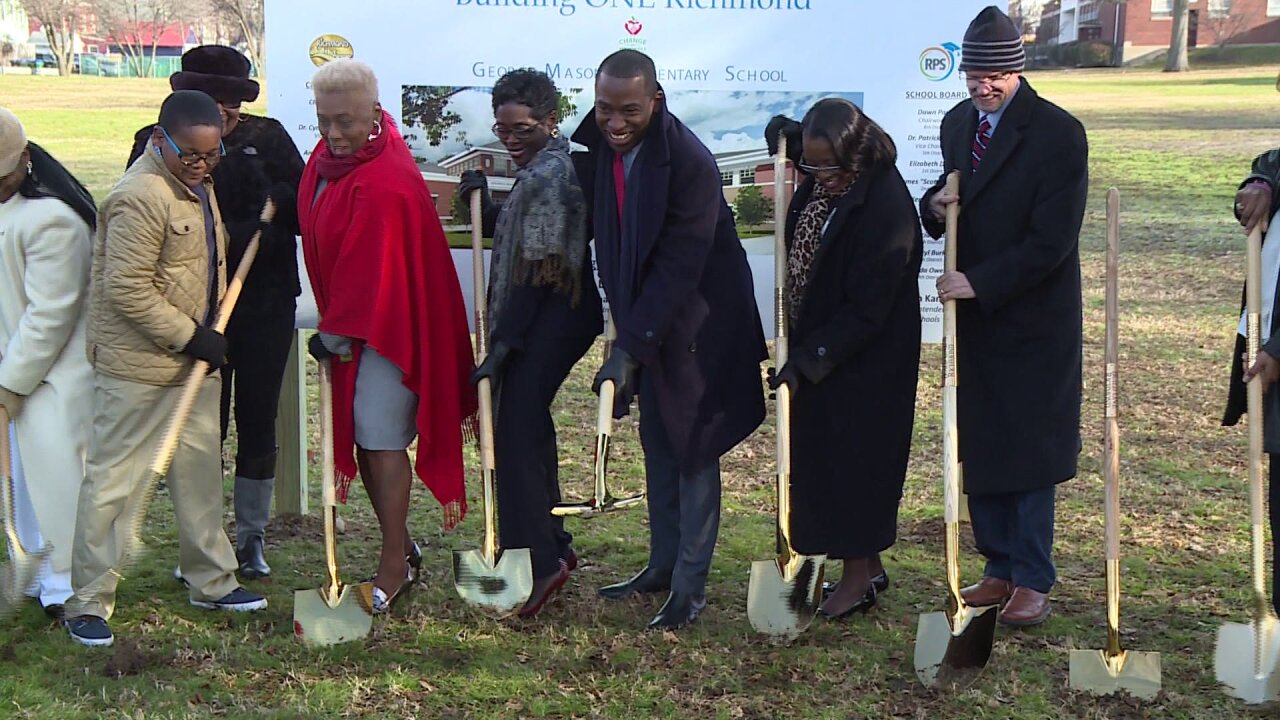 E.S.H. Greene Elementary School, George Mason Elementary, and an unnamed middle school to replace the existing Elkhardt Thompson Middle School are expected to be completed in the Fall of 2020.

"Today is the beginning of better in the city of Richmond," said Mayor Levar Stoney at the first groundbreaking in Church Hill.

Superintendent Jason Kamras said he wants all Richmond students to know this:

"We love you, and when you walk into your building every morning you will feel that love because the buildings are beautiful and modern."

Savannah Brown and her mother, Raquel Brown, were at the groundbreaking for Greene Elementary School.

Savannah is a first grader there.

Raquel Brown said the school needs a lot of work and upgrading and said she is 'ecstatic' to see that change coming.

The groundbreaking was made possible after Richmond City Council passed a 1.5 percent meals tax increase to fund the renovation and replacement of crumbling Richmond school facilities.

The meals tax increase will reportedly generate $9.1 million in new funding per year. With that added tax revenue, Richmond could expand its debt capacity to borrow up to $150 million to fund new school construction over the next five years.