Former President George H.W. Bush was remembered Thursday as a man of humility, honor and humor at the Bushes’ family church in Houston, providing the nation with a last farewell before he begins his journey to his final resting place.

Family, friends, politicians, musicians, actors and athletes filled the pews of the St. Martin’s Episcopal Church to say goodbye to the 41st president with heartfelt praises and gospel music, as well as some moments of levity.

“I must begin with an apology. Jefe, I’m about to do something you always hated and that your mother always told you not to do: Brag about yourself,” former Secretary of State James Baker said in his eulogy for his old friend and boss.

Baker, who was also one of Bush’s chiefs of staff, recalled the former president’s sense of humor.

“I have always been proud that George Bush used to describe our relationship as one of big brother and little brother. He used to say that one of the things he liked best about me was that I would always tell him what I thought, even when I knew he didn’t want to hear it,” Baker said.

After a spirited debate, Bush “had a very effective way of letting me know when the discussion was over,” Baker recalled.

“He would look at me and he’d say, ‘Baker, if you’re so smart, why am I president and you’re not?'” Baker said to laughs. “He was a leader and he knew it.”

The former aide also reflected on Bush’s lifetime of military and civil service, calling the former commander in chief “temperate in thought, in word and in deed.”

Bush remembered how “Gampy” would host “intense” horseshoe games, go fly fishing with them in Maine and let the grandchildren “nestle up between him and ‘Ganny’ when they read the paper.”

He called it an “honor of a lifetime” to share his grandfather’s name.

The former president’s granddaughters also read scripture at the service. Country singer Reba McEntire and the country quartet, The Oak Ridge Boys, both performed songs during the service.

Before the service, Bush lay in repose at St. Martin’s Episcopal Church from Wednesday night until Thursday morning.

Houston has been Bush’s home for years since he left the presidency, and the family has worshipped at the church for decades. The church was also the funeral site for his wife, former first lady Barbara Bush, earlier this year.

Thursday’s funeral service in Houston follows the memorial service Wednesday in Washington, DC, attended by the former presidents and first ladies, family, friends and other dignitaries.

The 41st President was honored at the Washington National Cathedral and eulogized by his son, former President George W. Bush, who remembered him as the “best father a son or daughter could have.”

Thousands paid their respects to Bush as he was lying in state in the US Capitol Rotunda on Monday and Tuesday.

After the Houston funeral service, Bush departed the church in a motorcade procession to the Union Pacific Railroad Westfield Auto Facility.

There will be a departure ceremony before Bush takes his last trip by train to his final resting place. The funeral train will depart on a 70-mile route, taking Bush from Spring, Texas, to Texas A & M University in College Station, Texas, the site of the Bush Presidential Library and Museum.

He will be laid to rest on the museum’s grounds, alongside his wife Barbara and their daughter Robin, who died of leukemia as a child.

Bush died late Friday at his home in Houston at the age of 94. 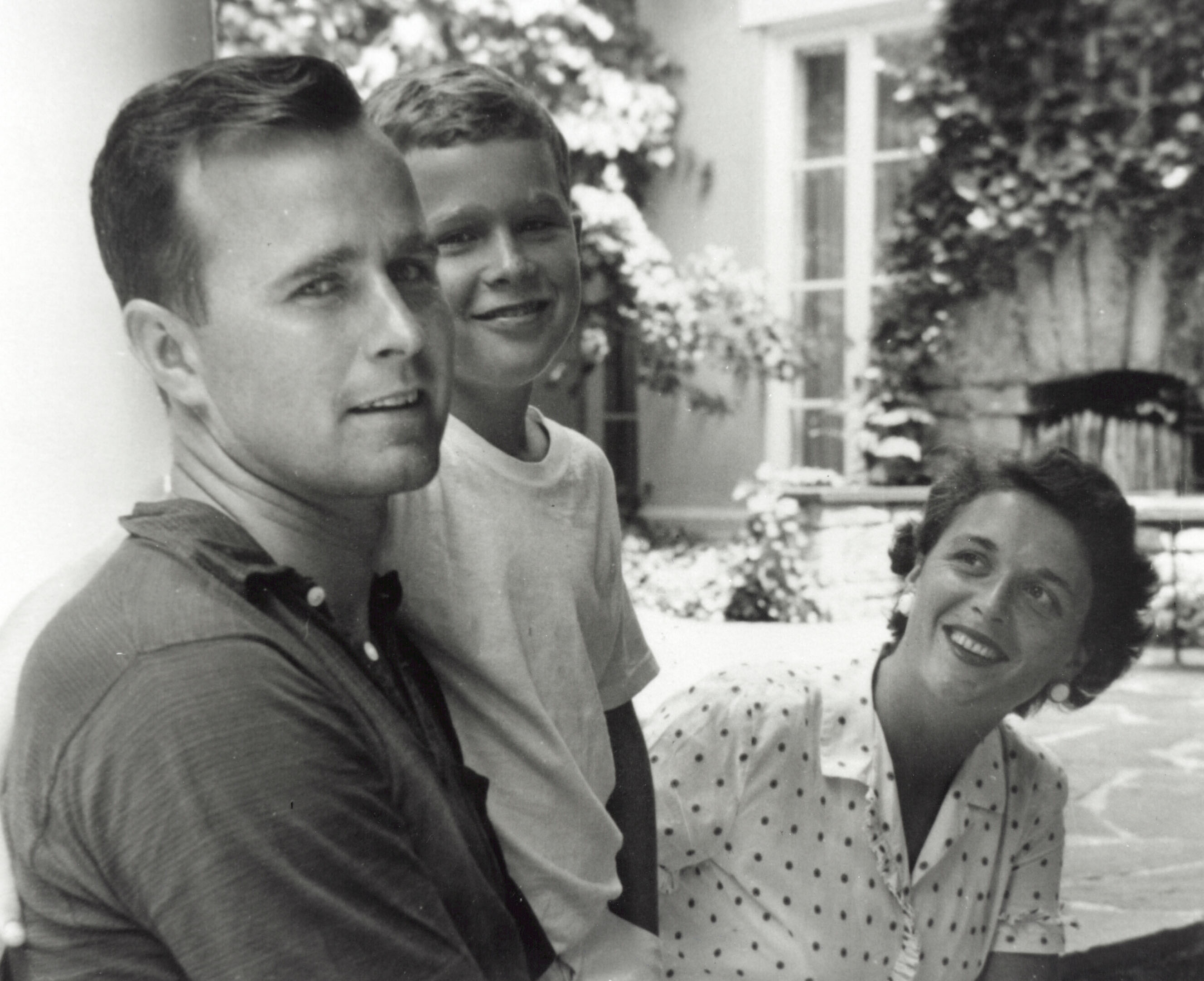