HANOVER COUNTY, Va. -- Authorities said a man has been arrested after a fire broke out at a strip mall that is under construction in Mechanicsville Saturday night.

Hanover County Fire and EMS officials said crews were called to the 6500 block of Mechanicsville Turnpike for a reported structure fire.

When firefighters arrived, they found smoke and fire coming from the building.

"An aggressive interior search was completed and the building was determined to be clear of any persons," Hanover Fire Battalion Chief Greg Martin said. "The fire was quickly located, extinguished and smoke removed." 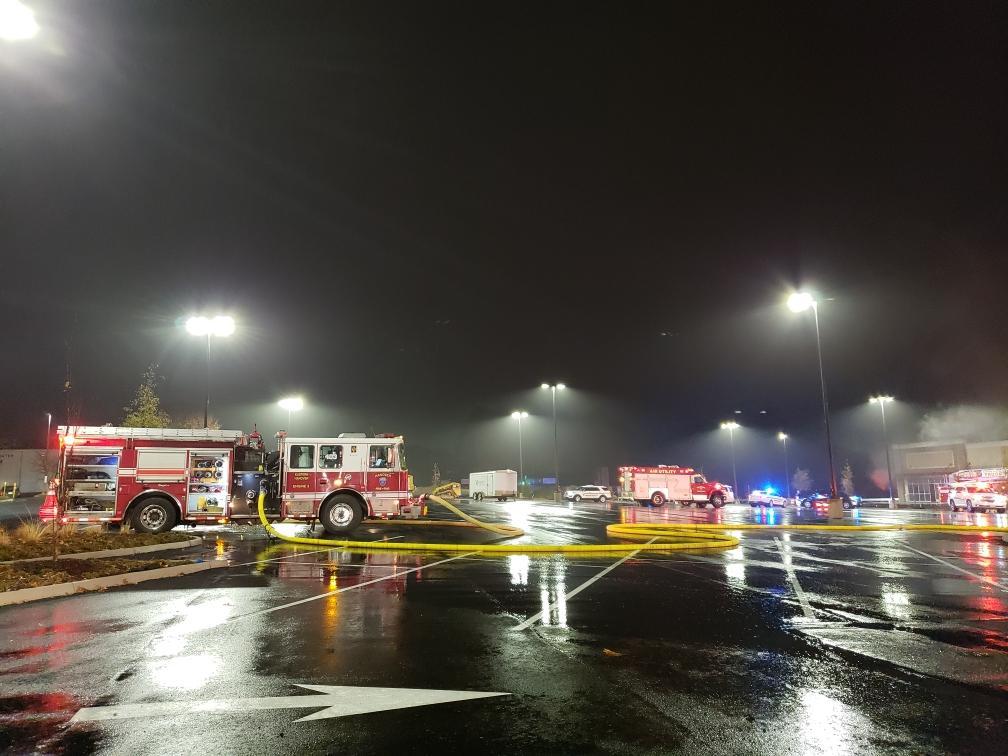 The fire was marked under control just after 10:30 p.m.

Sgt. James Cooper with the Hanover County Sheriff’s Office said a man was arrested in connection with the incident on charges of burglary, vandalism and being drunk in public.

Additional information is expected to be released on Monday.

The fire is being investigated by the Hanover County Fire Marshal's Office.