Hundreds in Henrico come together to pray after Pittsburgh attack: ‘We are one family’

HENRICO COUNTY, Va. -- A message of unity and solidarity was apparent at the Weinstein Jewish Community Center during an inter-faith prayer vigil for Pittsburgh following what was believed to be the deadliest attack against Jews in U.S. history.

Hundreds of people from different walks of life gathered Tuesday night at the WJCC on Monument Avenue for "A Night of Unity: Stand Together with Pittsburgh."

The event was one in a series of vigils across the Commonwealth organized by the Virginia Interfaith Center for Public Policy, a non-profit, non-partisan group that advocates for social justice.

Various Christian, Muslim, and Jewish leaders spoke during the vigil that called for "prayer and song to express our sorrow, share condolences, and find comfort in the bonds of community," according to a press release.

Ellen Renee Adams, the president of the Jewish Community Federation of Richmond, read the names of the 11 worshipers who were killed Saturday when a gunman stormed the Tree of Life synagogue in the close-knit community of Squirrel Hill. Six people were also injured.

"Tonight we come together to support each other and mourn the unbearable loss of our 11 members of our family," Adams stated. "...targeted while celebrating Sabbath, a time of peace and reflection. Targeted simply because we are Jews." 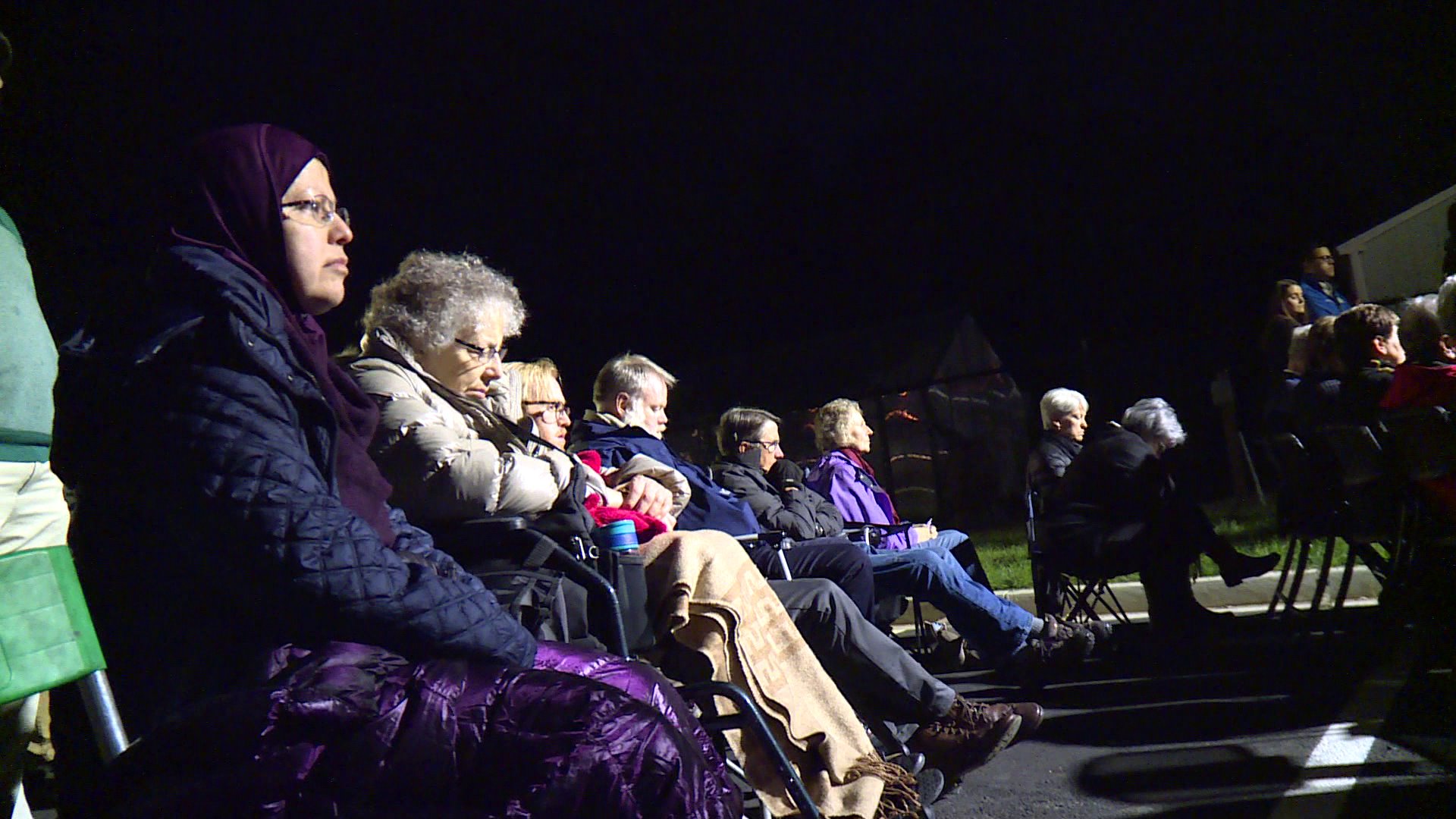 Among the crowd of diverse faces was Debbie Minden, a Jewish mother who lived and worked near the Squirrel Hill community of Pittsburgh for a decade. Minden now lives in Richmond with her husband.

Minden said she was shocked to hear the community she knew fondly was attacked.

"Squirrel Hill is Mr. Roger’s neighborhood and it’s just about the friendliest place you can imagine," she described. "If you come in and you want to be apart of the community they just welcome you right in."

Rabbi Ahuva Zaches from the Congregation Or Ami told the crowd, "Let us join together as Jews and Americans from all backgrounds."

"Tonight we have come to stand with you, and sit with you," said Pastor Jim Somerville from Richmond’s First Baptist Church.

Imam Amar Amonette stated, "It is our covenant and commitment as your neighbors to stand together with you in the face of every evil."

The vigil ended with a Jewish "prayer for peace" song as the hundreds held up lights.

Funerals for three of the victims were held Tuesday in Pittsburgh.

President Donald Trump along with the first lady and prominent Jewish members of his administration -- including daughter Ivanka and son-in-law Jared Kushner -- somberly laid stones atop the 11 Star of David markers planted in the ground outside the Tree of Life synagogue, reported CNN.

The suspected shooter was detained without bond. His next court date is Thursday.