Officers responded to the 1100 block of St. James Street after hearing gunshots at around 4:46 p.m. They were a block away when they heard the gunfire.

Upon arrival, officers located a black male suffering from a gunshot wound and a crashed shooter.

The victim was transported to a local hospital with serious injuries. He is in stable condition according to police.

While on the scene of the shooting, police say a second victim says she was grazed by a bullet. She was treated on the scene and released.

Police have not yet released information about a shooting suspect, nor a motive.

If you have information that could help detectives, call Crime Stoppers at 804-780-1000 or submit a tip online at http://www.7801000.com. The P3 Tips Crime Stoppers app for smartphones may also be used. All three Crime Stoppers methods of contact are anonymous. 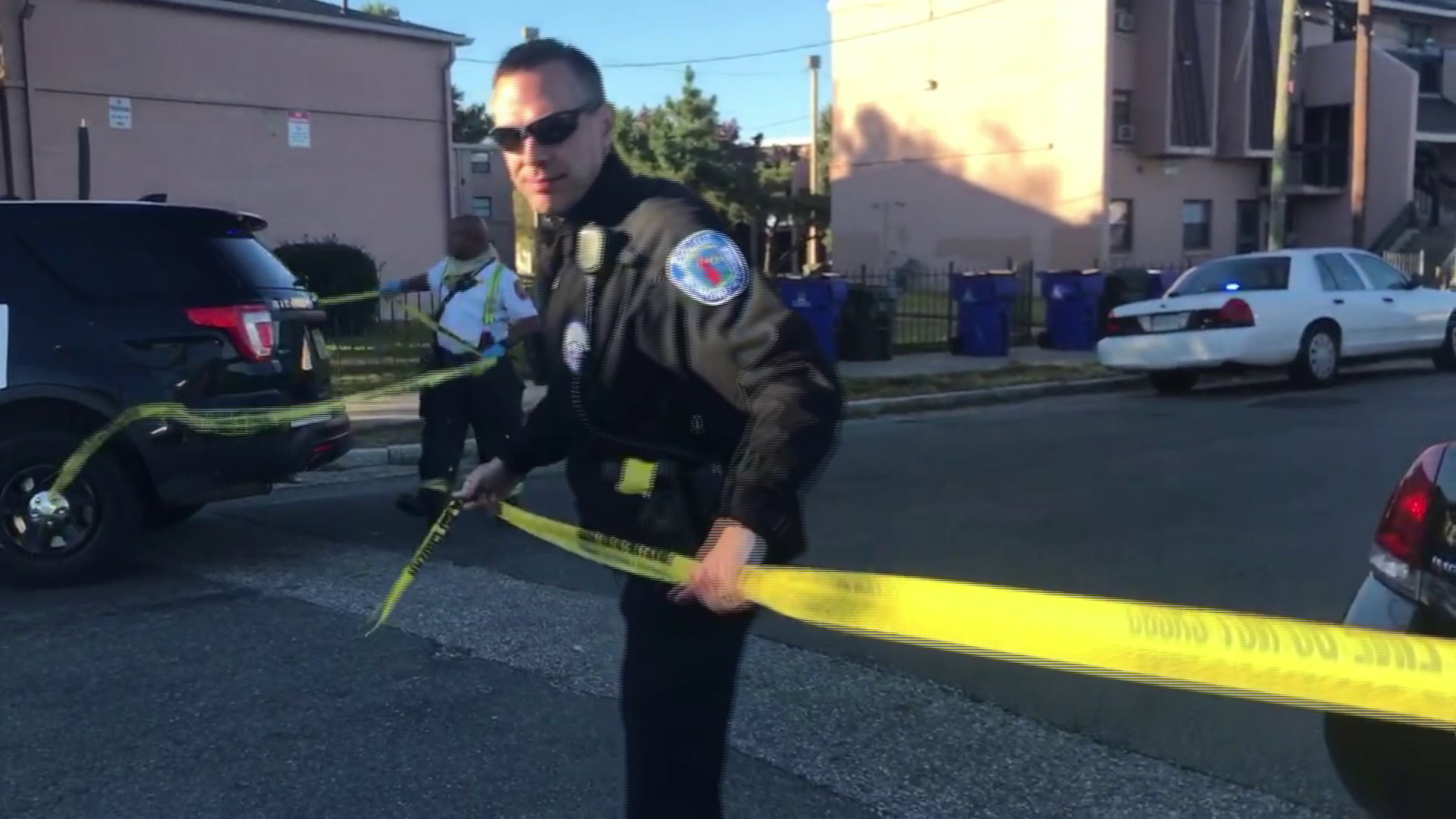