HENRICO COUNTY, Va. -- Henrico Police are working to identify the man who robbed a woman at gunpoint before stealing her car at an eastern Henrico gas station. On October 15,  at about 11:15 p.m.,  Henrico officers reported to the 3100 block of Williamsburg Road for a report of a carjacking. 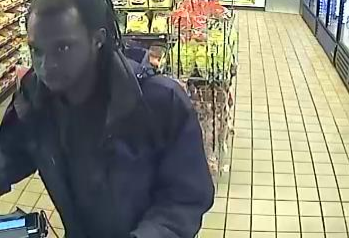 Police described the suspect as a black male in his 30s, between 5'8''-5'1'0'', with dreads. He was last seen headed eastbound on Williamsburg Road.

The vehicle that was stolen is a 2013 Dodge Avenger, Virginia License Plate VXV-8256. This vehicle is described as silver with black stripes and a "wing."

Henrico County Police Division is seeking the public's assistance in identifying the person responsible for this crime. Anyone with information regarding this offense is asked to contact Henrico Police at (804) 501-5000 or Metro Richmond Crime Stoppers at (804) 780-1000. Citizens can also download the “P3 Tips” app to their mobile devices and submit their tip. Both Crime Stoppers methods are anonymous.