Home builders in the area found the boxes, which appeared to contain World War II-era relics and at least one explosive.

No evacuations have been ordered, but police are keeping people away from the scene.

The relics were later deemed safe. 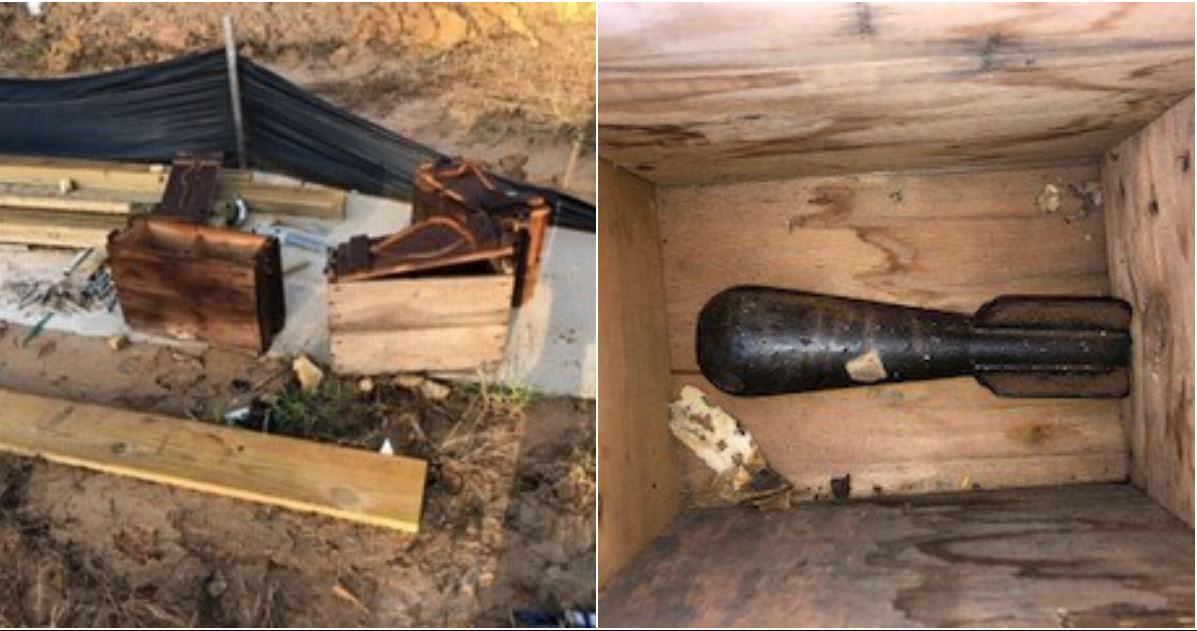