The confirmation comes after NWS crews conducted surveys Friday as well as reports from radar, emergency management officials and residents.

"We may hear of additional areas in which we will need to investigate, but these are the confirmed areas that we know of as of now," meteorologists said late Friday.

Earlier Thursday, officials with the Virginia Department of Emergency Management said five possible tornadoes touched down across the state.

“Roof blown off by tornado near Candlestick Station, time estimated from radar,” CBS 6 Chief Meteorologist Zach Daniel said during severe weather coverage just after 8 p.m. Thursday. “And a likely tornado out near Burkeville and a possible tornado in Amelia County. There could be three, maybe four tornadoes that come out of today.” 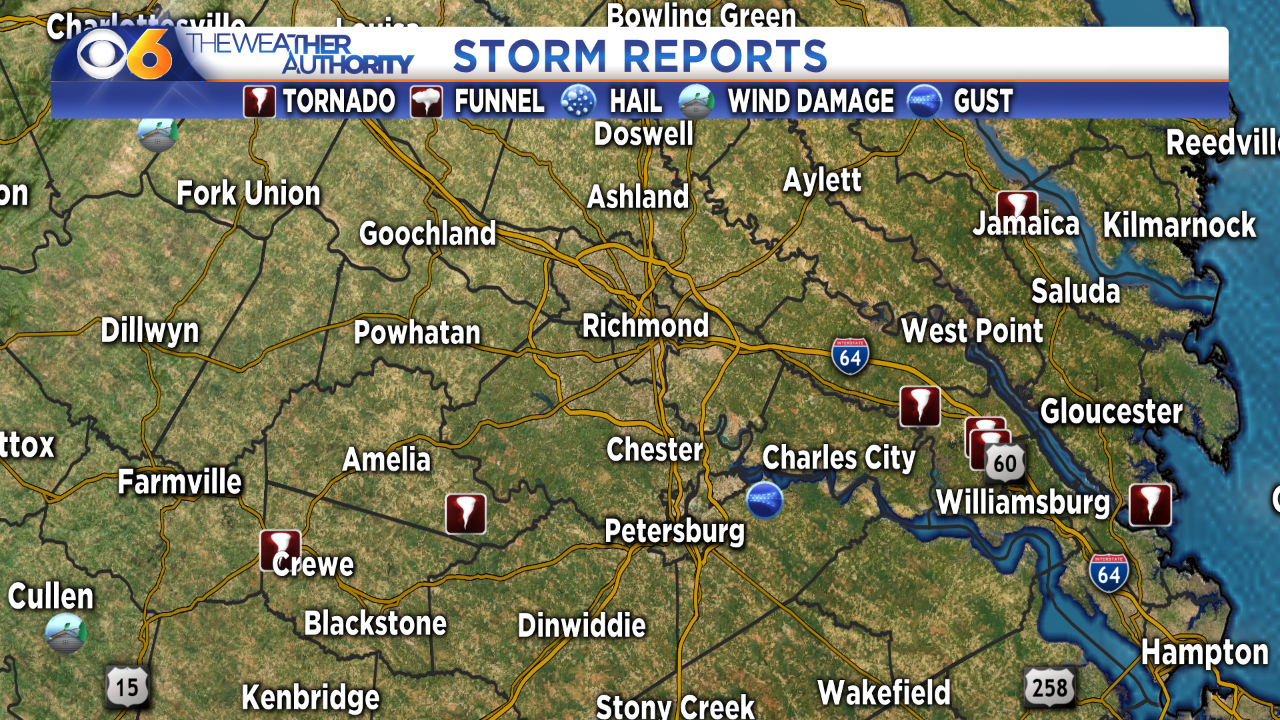 Additionally, VDEM officials said that as of 7 a.m. Friday, five deaths, including that of a Hanover County firefighter killed when a fire truck was rear-ended by a tractor-trailer on I-295, are blamed on the storm.

The tropical storm downed trees and power lines, knocking out power to more than a half a million Dominion Energy customers in Virginia.

The remnants of Tropical Storm Michael continue to impact large portions of the Commonwealth this morning. Flooding, down trees, closed roads, and debris will impact the morning commute and one-half million Virginians are without power this morning.

The storm also caused flash flooding across parts of the state.

One driver had to be rescued by canoe near Genito Road in Moseley after driving south on Otterdale and attempting to turn around after encountering flooding.