RICHMOND, Va. — Parts of Virginia area experiencing flooding and a flash flood watch remains in effect for much of the state until Friday morning.

Dozens of roads in Southwestern Virginia were impassable Thursday afternoon as heavy rains from Tropical Storm Michael pounded the Commonwealth.

Swift water rescue teams came to the aid of residents trapped by the rising waters in Danville Thursday evening, according to WDBJ.

Many swift water rescues were underway in Danville today due to heavy floodwaters. pic.twitter.com/j5nVpy2aPJ

“The city warned residents to shelter in place and not venture out as heavy rains continue to pour,” GoDanRiver.com reported. “Winds added to the problem, downing numerous trees, blocking roads and leaving about 10,000 without power.”

Video showed floodwaters inundating the road in front of the Tanglewood Mall in Roanoke.

“It’s like a beach here,” a child can be heard saying in the video.

“Flash flooding has been reported with numerous roads closed in Roanoke County and four roads in Montgomery County with moving water reported over Toms Creek Road in Blacksburg,” National Weather Service officials said. “Larger streams and rivers are also rising rapidly across the warned area including Mason Creek in Salem and the Roanoke River. The Roanoke River at Salem Pump Station just rose above flood stage and continues to rise. Additional rainfall amounts of 1 to 2 inches are possible in the warned area over the next several hours.”

This is a view from Carilion Roanoke Memorial Hospital this evening. You can see the heavy rain has flooded much of the lower level parking lot. pic.twitter.com/xfm4Sz5dYf

Meteorologists warned heavy rainfall will spread across the state during Thursday evening.  Rainfall will be torrential, with over 1″ possible in under an hour.  Total rainfall could exceed 5″ in some locations.

Brittany Michelle Huffer shared this photo of the floodwaters at the South 16 Apartments near the hospital in Roanoke. Remember: TURN AROUND, DON'T DROWN if you feel unsafe on the roads this evening. pic.twitter.com/isd4FNsfmn 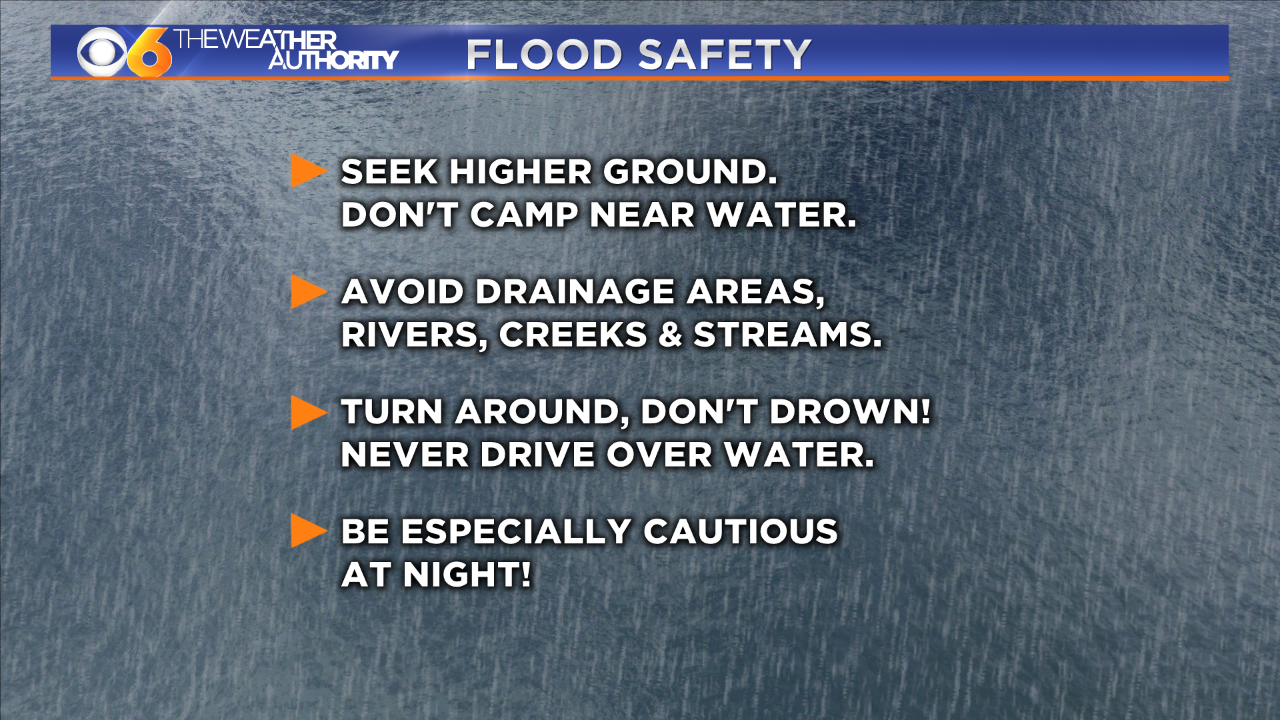