The incident happened shortly after 11:00 a.m. at the intersection on West Broad Street and Roseneath Road.

The spill happened after a truck gate fell open causing spent grains from the beer brewing process to spill at the intersection.

Natural Organic Process Enterprise owns the truck involved. The owner tells CBS 6 that he has a crew working to clean up the organic material. 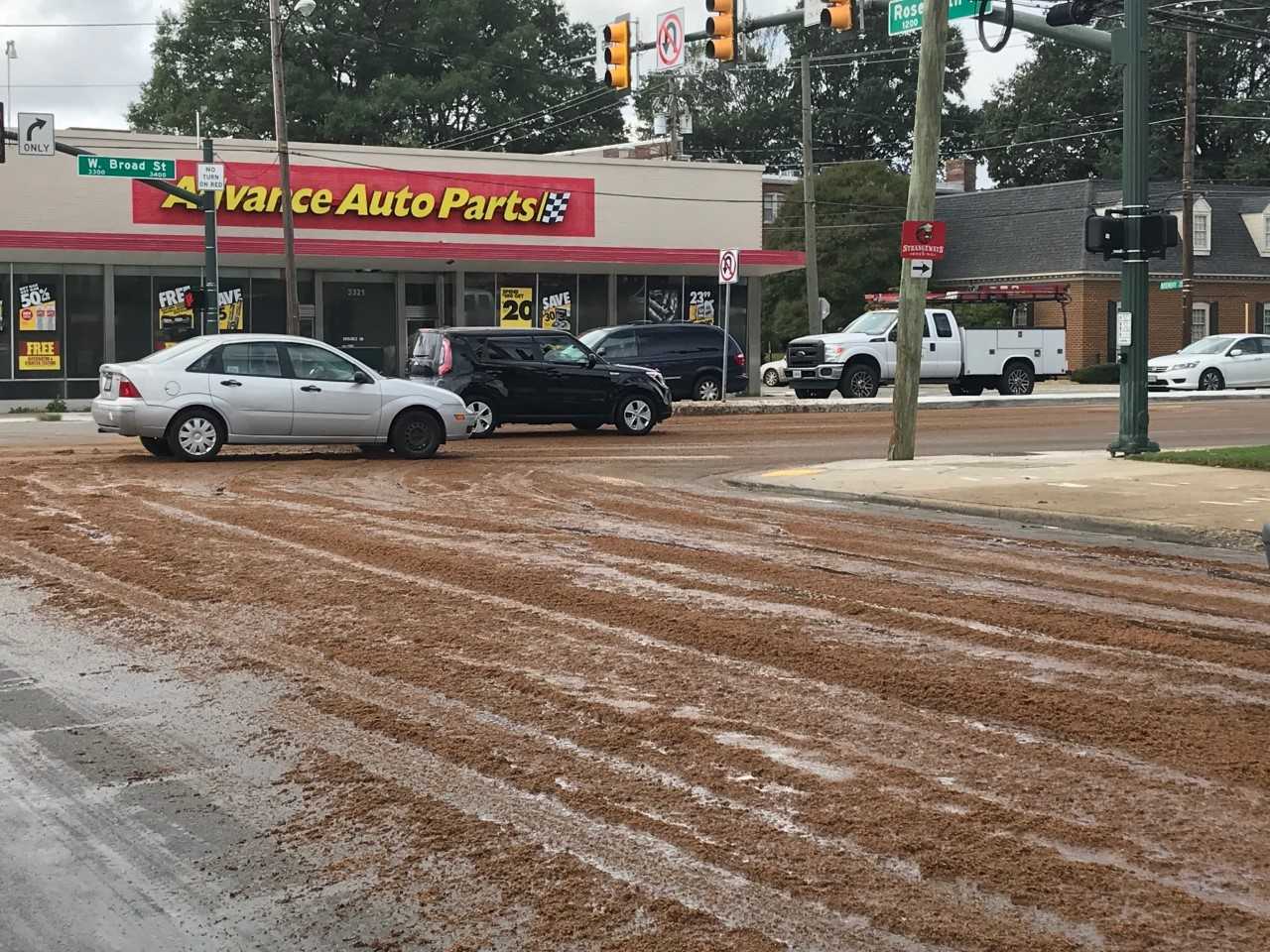 According to the Natural Organic Process Enterprises website, the company facilitates the collection and transportation of organic materials to a proper Virginia DEQ permitted composting facility.

Traffic at the intersection has been slowed but has remained open.

This story is developing story.