It will stay warm through mid-week, followed by cooler weather next weekend.

RICHMOND, Va. -- The area of disturbed weather that we have been monitoring in the western Caribbean developed into Tropical Storm Michael just before 1 p.m. EDT Sunday.  It will move into the southern Gulf of Mexico on Monday.

As it moves over warmer water and experiences less wind shear, additional strengthening is expected.  It may achieve hurricane status with wind speeds of 74 mph or higher before it makes landfall on Wednesday.

The current forecast from the National Hurricane Center has the storm making landfall between Panama City Beach and Apalachicola, Florida around noon or early afternoon Wednesday.   Over six inches of rain and gusts over 70 mph will be possible for the Florida panhandle.

From that point, the storm will weaken as it tracks northeastward into the Carolinas.  What remains of the storm should pass near or just southeast of Virginia Thursday into Friday.  This track will be updated frequently over the coming days.

There are many different factors in the atmosphere that will determine the exact track of the storm.  These may push the storm slightly east or west of the National Hurricane Center's current forecast track.  Here is a spaghetti plot of different computer model runs over the past 24 hours.

The timing of a strong cold front and atmospheric trough will determine how close the storm gets to Virginia.   The speed of the front and trough could actually deflect the storm farther south or east of Virginia, which means any impact to the area would be minimal. 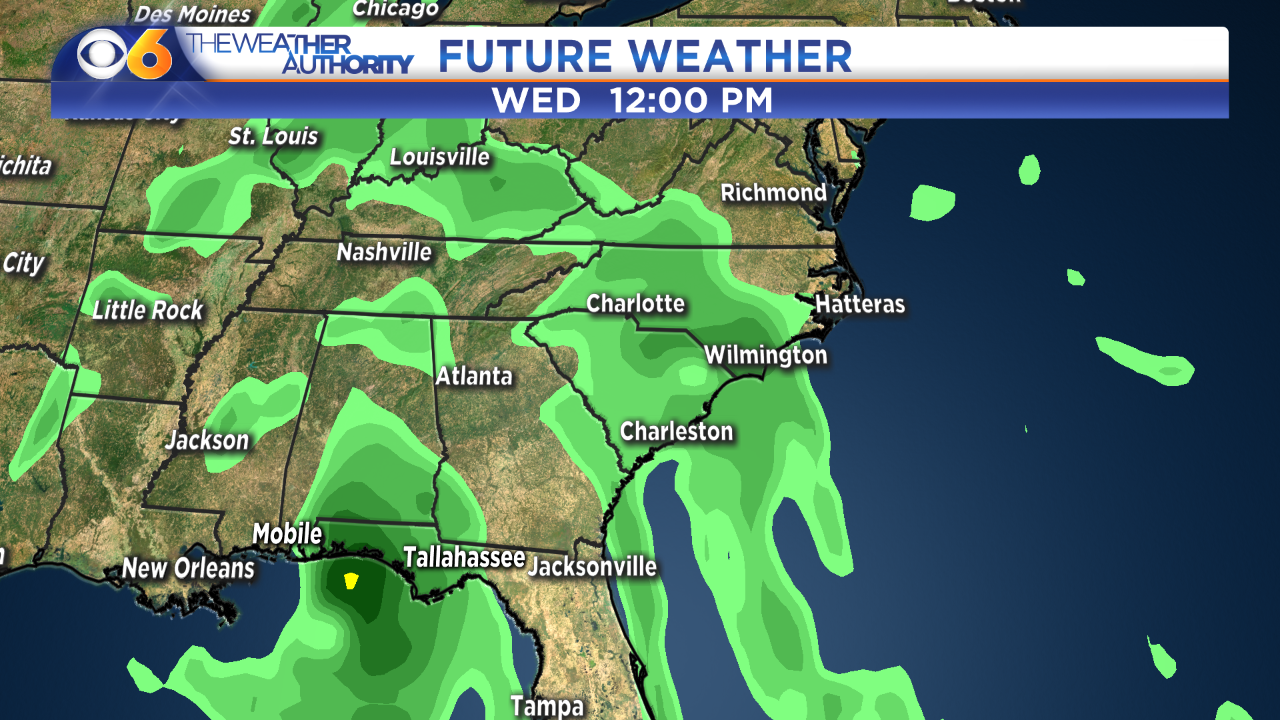 Based on the current forecast track, Michael would provide rain to our area from late Wednesday until late Thursday night.  The rainfall could be heavy, possibly exceeding an inch in many locations.  Wind gusts over 30 mph are also possible.

We will continue to update the forecast as the storm gets closer to the United States.  The latest stats and forecast track are always available in the CBS 6 Hurricane Tracker.