The driver of a work van that collided with the school bus had to be extricated from the van and life-flighted to a local hospital, according to Sergeant James Cooper with the Hanover County Sheriff's Office. He said that man has life-threatening injuries.

Eight students on the school bus and the school bus driver were uninjured, but still being evaluated at the crash scene, Hanover Schools spokesperson Chris Whitley confirmed.

"After crews evaluated all possible patients, no injuries were reported to anyone on the bus," a Hanover Fire and EMS spokesperson later added. 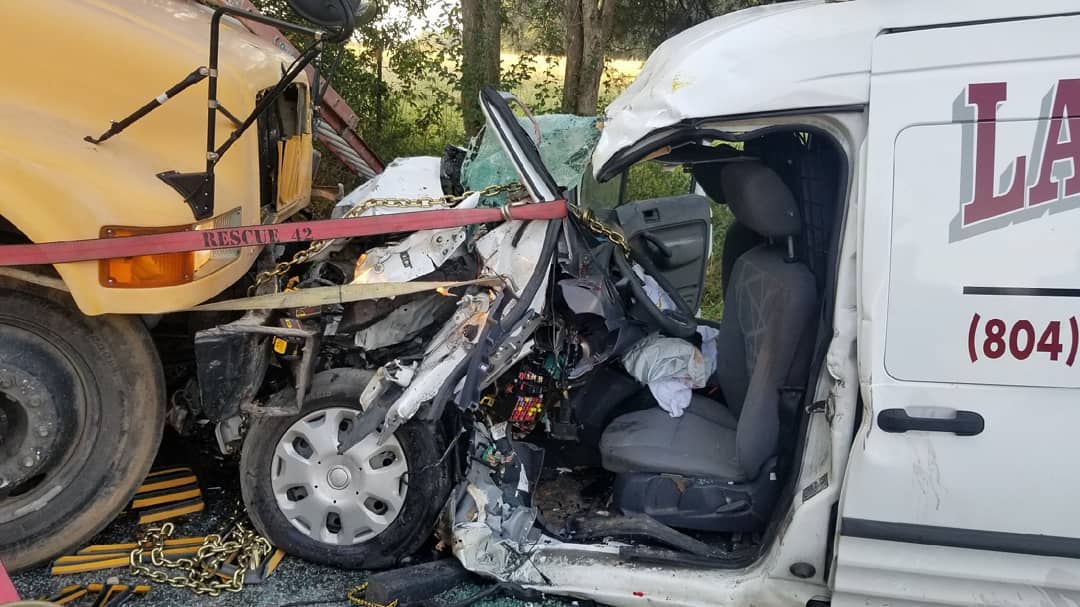 The students were on their way to Liberty Middle and Patrick Henry High School. Sergeant Cooper said they were traveling east on Old Ridge Road, while the van was traveling west.

The call for the crash came in around 7:20 a.m., and was reported at Landmark Cedar Road and Old Ridge Road in Beaverdam.

Old Ridge Road, between the Louisa County line and Gun Barrel Road, was closed for most of the morning.

The cause of the accident is under investigation.