CHESTERFIELD COUNTY, Va. – Police are asking for the public’s help to identify the suspect who robbed a SunTrust Bank in Chesterfield County Monday afternoon.

The robbery occurred at the SunTrust Bank located at 12020 Ironbridge Road at about 12:50 p.m.

Police said the male suspect entered the business and passed a note to a teller demanding money. The note indicated that he was armed.

After the teller complied, the suspect fled the scene. 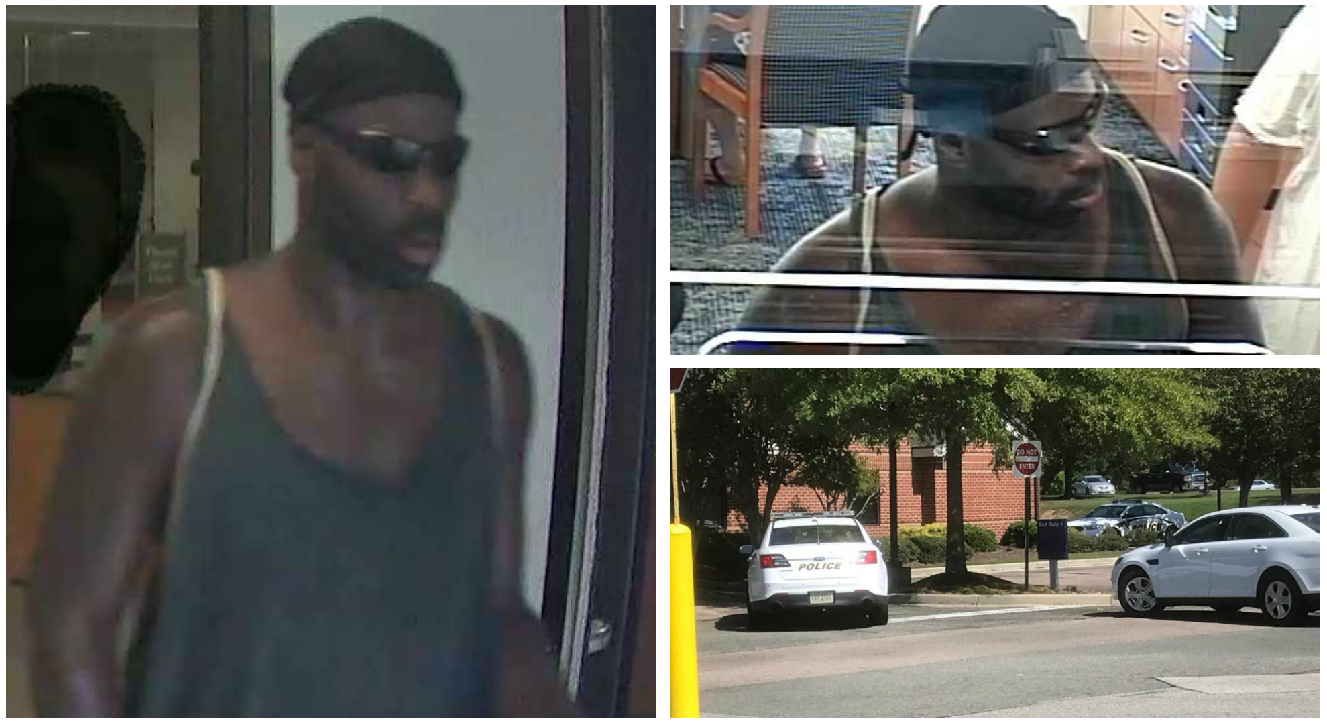 No weapon was displayed, and no one was injured during the robbery.

The suspect is described as a black male in his 20s. He was about 6 feet tall and was wearing a black head covering, black sunglasses, a black tank top and gray, basketball-style shorts. He was also carrying a black drawstring bag, according to police.

This is a developing story. Witnesses can send news tips and photo here.