We are cooling down, but the tropics are heating back up

Cool today, but it will warm back up this week

RICHMOND, Va. -- The cold front that came through late Saturday is sitting across North Carolina.  North to northeasterly winds across Virginia have trapped cool and moist air in the area.

When this occurs, cool air stays wedged up against the mountains, and we stay fairly cloudy and damp.  We will see some occasional showers and areas of drizzle into Sunday night and Monday. 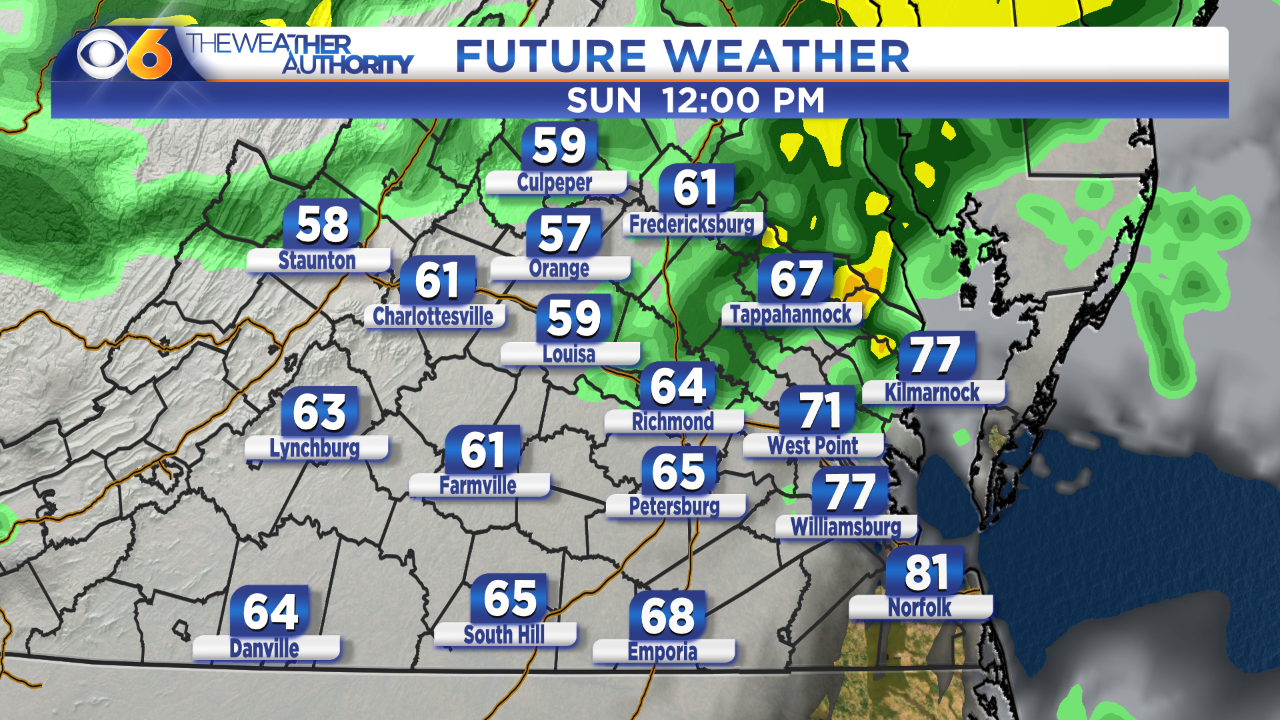 Highs Sunday will only be around 60° northwest of Richmond, and in the mid/upper 60s for the metro.  Far southeastern Virginia will be in the 70s and 80s with sunshine, but the rest of the state will stay mostly cloudy to overcast.  Highs will be a few degrees warmer on Monday with additional breaks in the clouds.

Meanwhile, activity in the tropics has increased over the past 48 hours.

What was Tropical Depression 11  has dissipated just east of the Lesser Antilles.  Subtropical storm Leslie is in the central Atlantic, but is not expected to move much over the next five days.

Tropical Storm Kirk will track westward towards the Caribbean between now and Friday.  Significant strengthening is not expected.

A disturbance south of Bermuda is expected to move westward towards the United States.  It is fighting some dry air and wind shear, so odds for major strengthening are low.  This disturbance will track near or just offshore of the Outer Banks Tuesday into Wednesday.

As of now, this would mean some showers and maybe some gusts over 25 mph for that area.  We will continue to monitor this disturbance for any changes.