CHESTERFIELD COUNTY, Va. -- As a deadly tornado spun its way along Hull Street Road in Chesterfield on Monday, Erick Flores recorded the rare event on his cell phone. Flores works a Wireless Solutions, a cell phone store along, the 10800 of block of Hull Street Road.

Flores kept recording as the tornado moved closer. Eventually, he retreated inside the business, closed the door, and ran to the back of the store.

Moments after he ended the video, Flores said a piece of metal flew through the window.

Garza said he was not in the store when it happened, but said minutes after he received a tornado alert on his phone, he got a call from Flores.

When he returned to his store, the windows were broken and everything inside the smashed.

Wireless Solutions is just around the corner from where the same tornado hit Old Dominion Floor. A worker there was killed.

Garza said he will rebuild his store and said he remained thankful the storm didn't take another life.

"I say thank you to Jehovah for protecting us," Garza said. 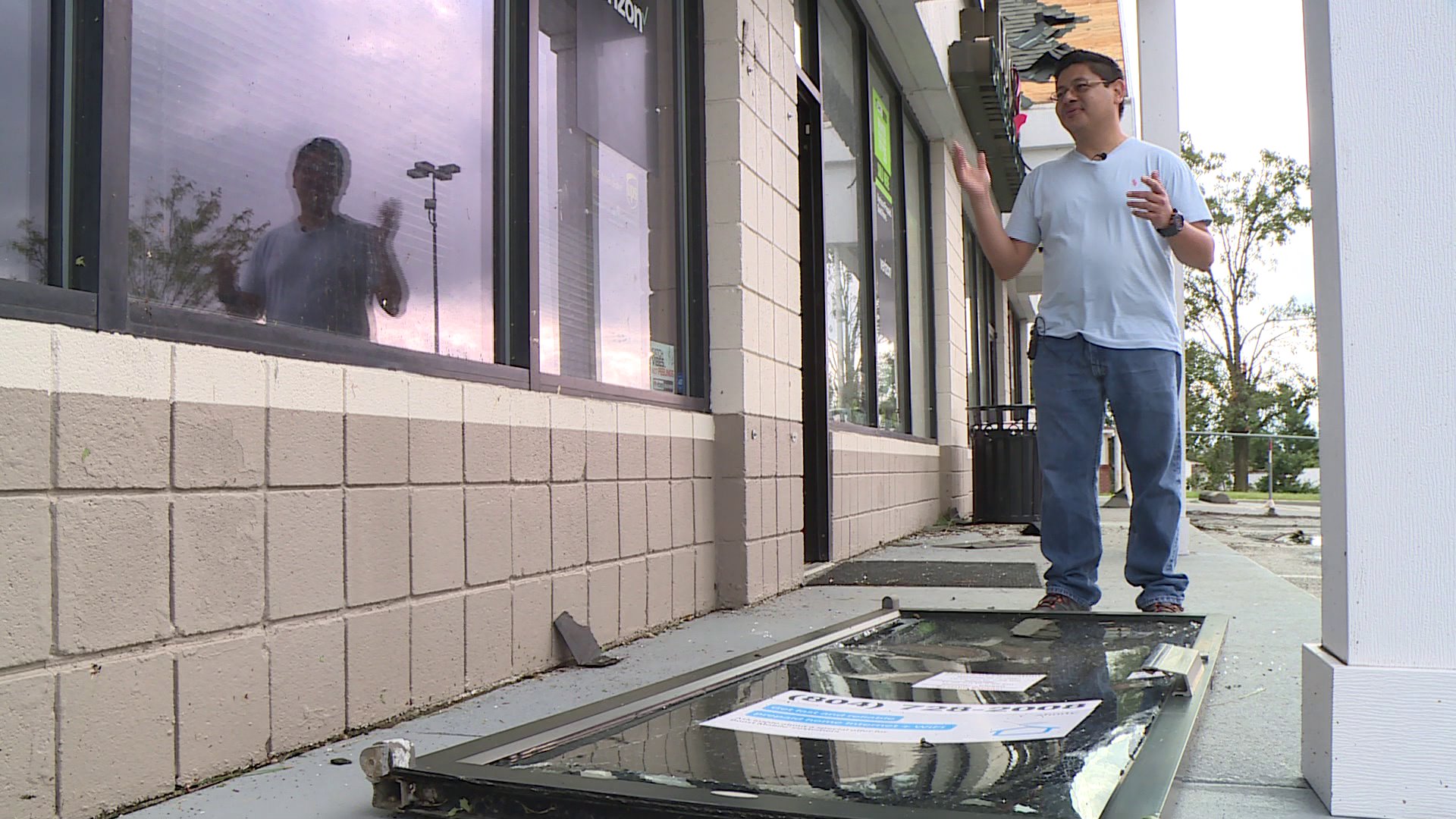