KILL DEVIL HILLS, NC -- Folks who live along the Outer Banks began returning home Saturday just in time to capture one of the stunning sunrises often visible along the barrier islands off the North Carolina coast.

Every sunrise speaks to Kevin Herbin, who always has his phone ready to capture the ever-changing landscape's beauty.

"This is one I took the other day with a seagull flying right in front of us here," Herbin said pointing to a photo on his weathered cellphone. "One of these days maybe I'll get a decent phone, but right now this is what I've got. It's kind of ragged and real, just like me."

Kevin Herbin shows off a sunrise shot on his cellphone.

Herbin pairs his photos with a message, which he sends out to more than 100 people.

"Every day out here, I share a part of scripture that goes along with his beautiful creation and sunrise," Herbin said. 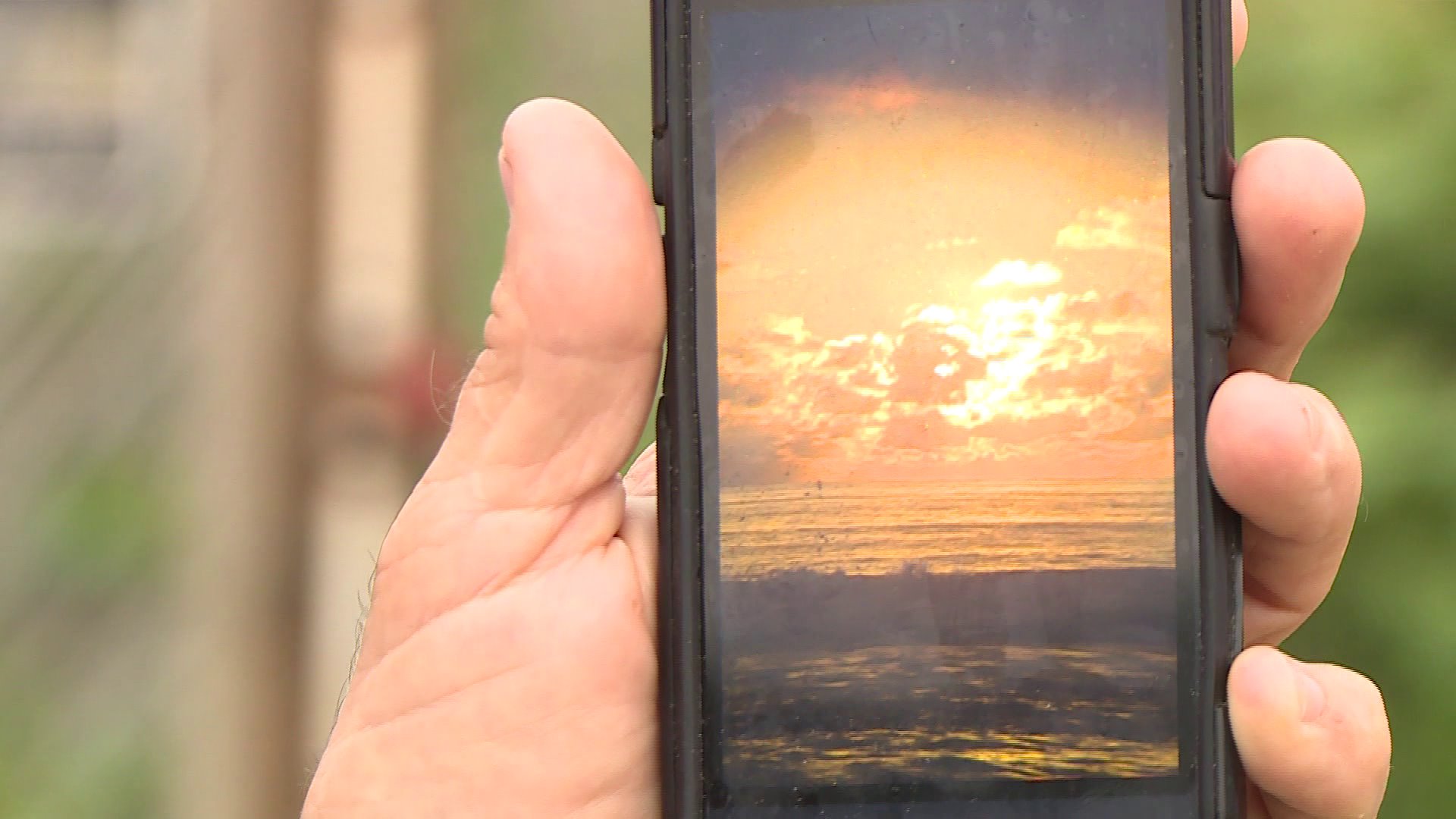 With Florence lingering off the coast earlier in the week, a particular verse stood out to him.

"There's a scripture from the minor prophet Naam, he says, 'God has his way in the whirlwind and the storm,'"Herbin explained. "That went out just the other day when I knew this was coming up."

Herbin said his prayers for his beloved Outer Banks were answered when the worst of Florence spared the northern portions of the barrier islands.

Whole flood prone areas collected some ocean over-wash, damage to this portion of the Outer Banks was minimal.

As a result, the mandatory evacuation order was lifted and locals started returning Saturday as businesses began to reopen.

As a retired builder, Herbin knows the recovery on the Carolina coast where Florence made landfall will take hard work for many sunrises.

"We just keep an eye on it," Herbin said. "We pray for our neighbors south of us right now. We pray to God everyone is safe, and there is no loss of life."

Officials are allowing visitors to re-enter to the northern part of the Outer Banks starting Sunday morning.