WILMINGTON, N.C. — At least four people, including a mother and her infant, have died in North Carolina as Hurricane Florence slowly moves through the Carolinas, officials said Friday.

Two people died in Wilmington after a tree fell on their house, the city’s police department said.

“WPD can confirm the first two fatalities of Hurricane #Florence in Wilmington. A mother and infant were killed when a tree fell on their house,” police tweeted Friday afternoon. “The father was transported to (New Hanover Regional Medical Center) with injuries.”

The hospital said it has received three injured patients. 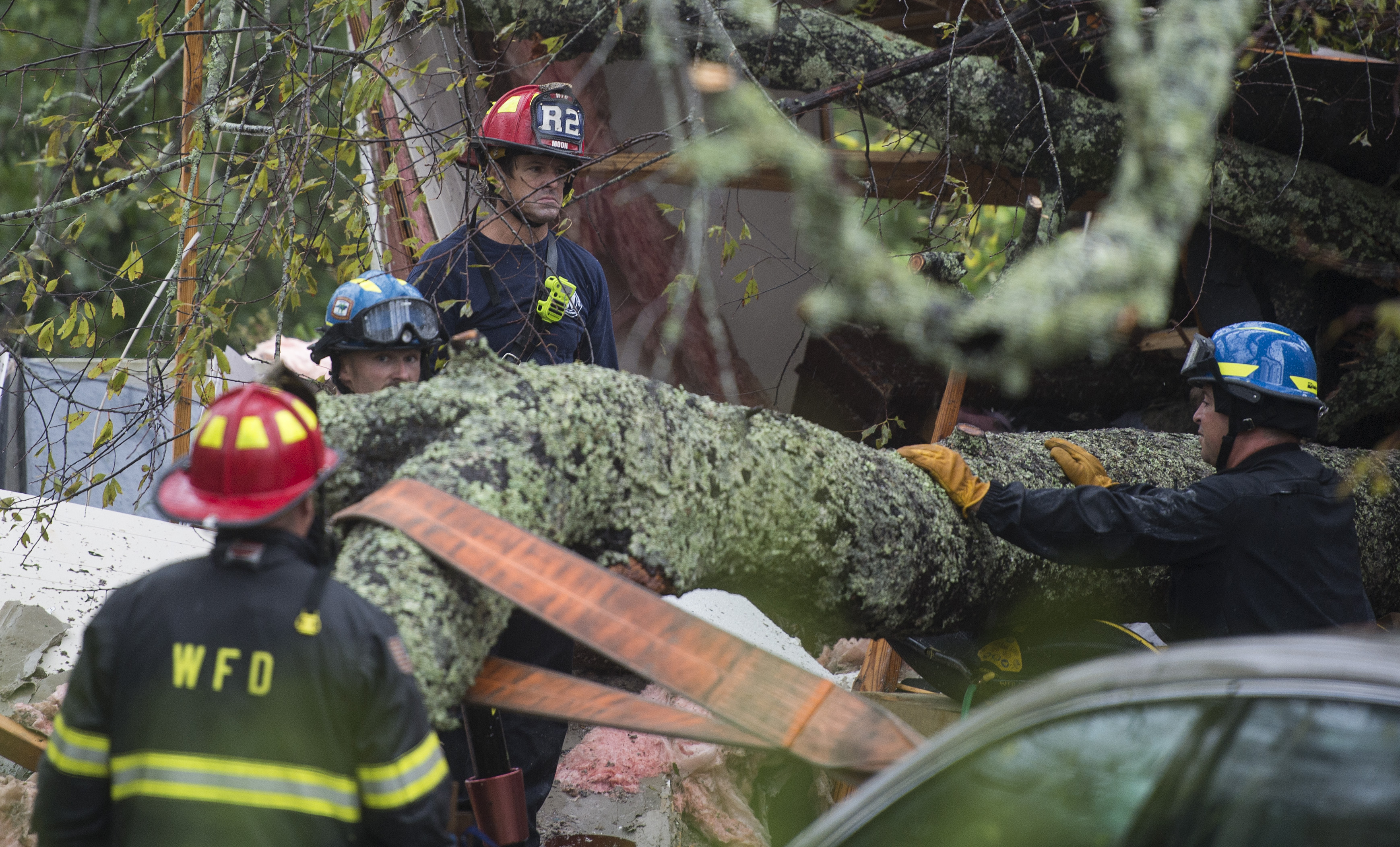 In the town of Hampstead, emergency responders going to a call for cardiac arrest Friday morning found their path blocked by downed trees. When they got to the home, the woman was deceased, Chad McEwen, assistant county manager for Pender County, said.

The fourth person who died was a man in Lenoir County who was plugging a cord into a generator, Gov. Roy Cooper’s office said.

Hurricane Florence was inching along after making landfall Friday in North Carolina, trapping people in flooded homes and promising days of destruction and human suffering.

Storm surges, punishing winds and rain are turning some towns into rushing rivers — and the Category 1 hurricane is expected to crawl over parts of the Carolinas into the weekend, pounding some of the same areas over and over.