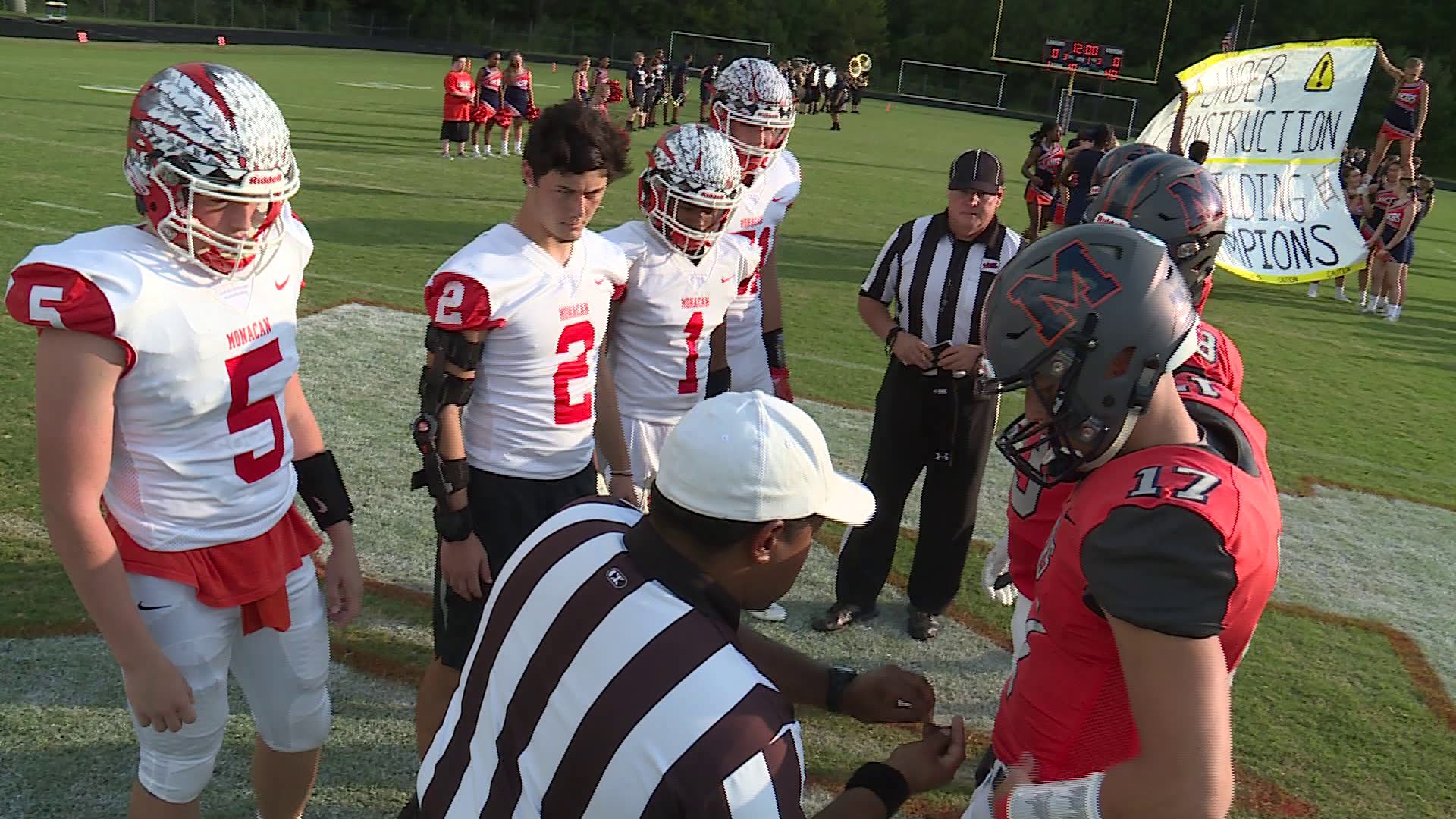 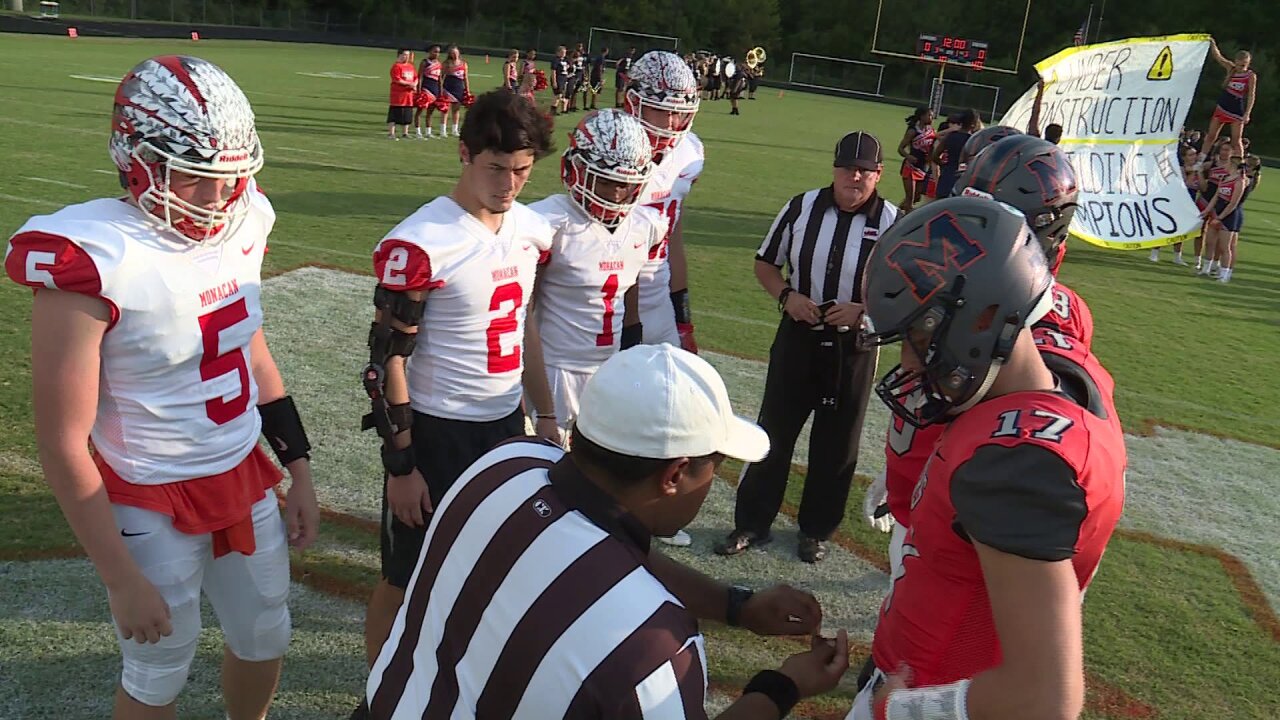 Chesterfield, VA - Manchester Brendon Clark threw four touchdown passes and ran for two more as the Lancers jumped out to a 28-9 halftime lead and beat Monacan 62-9 to remain undefeated at 3-0 this season.

Eight different players scored nine touchdowns in the game to include perhaps the catch of the year when Lancers wide receiver Kevin Henderson caught a 48 yard touchdown pass from off a Monacan defender's shoulder for the game's first score.  That would be his only catch of the night.

Manchester has scored 186 points through the first three games and has given up a total of 15 points.