CHESAPEAKE BAY -- A Coastal Flood Warning was in effect for several counties along the Chesapeake Bay and Rappahannock Rivers Sunday into early Monday morning.

Additionally, Northumberland and Lancaster counties were also under a Flash Flood Warning until 1:45 a.m.

"Three to six inches of rain have fallen over the last three hours in southeastern Northumberland and eastern Lancaster counties," the alert stated. "Local law enforcement has reported high water on roads within the warned area."

The warning is for coastal communities along the Chesapeake Bay and York and Rappahannock Rivers through the Monday a.m. high tide cycle.

"Widespread flooding of vulnerable areas will result in an elevated threat of property damage to homes and businesses near the waterfront and shoreline," the alert stated. "Water will be 1 to 2 feet above ground level in some areas resulting in a sufficient depth to close numerous roads and threaten homes and businesses. Flooding will extend inland from the waterfront along tidal rivers and bays resulting in some road closures and flooding of vehicles."

Brittany Bowman‎ posted video water rushing over a dock and inching closer to the shore at Coles Point Marina in Westmoreland County.

If you have flooding photos or videos, click the "submit your photo" button below. 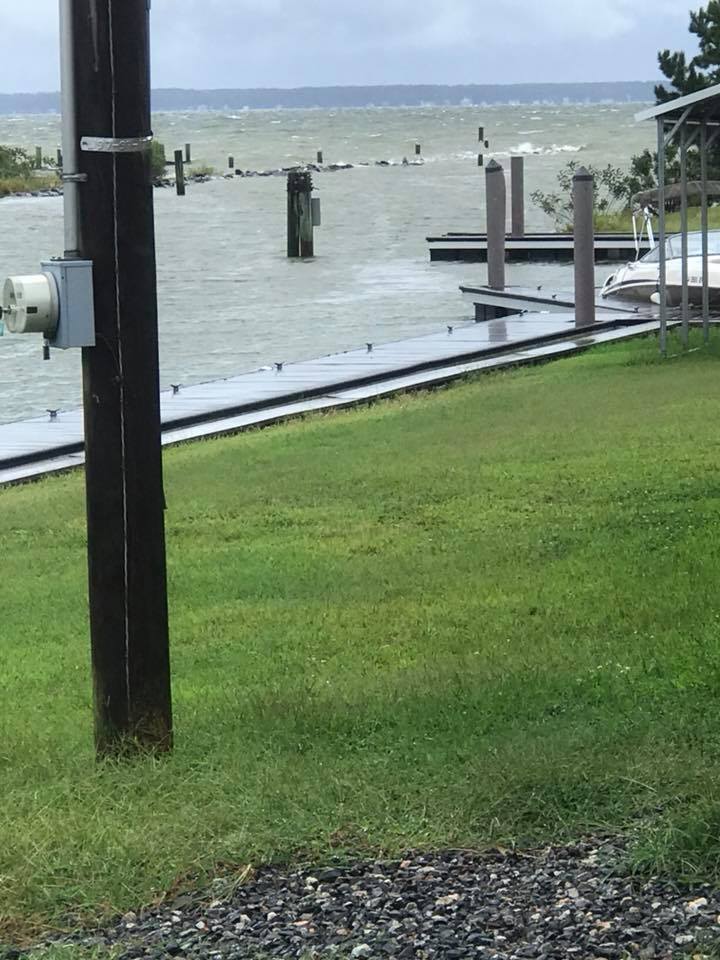