RICHMOND, Va. -- A photograph depicting a known white supremacist will be removed from an exhibit inside the Virginia State Capitol Visitor Center.

The photograph in question showed Jason Kessler attending a rally to end sanctuary cities. The rally, organized by then Republican candidate for Governor and current candidate for U.S. Senate Corey Stewart, was held March 4, 2017.

Kessler was the organizer of last year's deadly "Unite the Right" rally in Charlottesville. That rally drew white nationalists, neo-Nazis, and members of the Ku Klux Klan.

Rally protester Heather Heyer was killed that day when a rally attendee hit her with his car, police said. Two Virginia State Police Troopers Lieutenant H. Jay Cullen III and Trooper-Pilot Berke M.M. Bates were killed when their helicopter crashed while they surveyed the rally.

"[Kessler] was relatively unknown then," Lawhorne explained. "Symbols of white supremacy have no place in our government."

The photograph was included in an exhibit that honored the 400th anniversary of the Virginia Capitol Police. The exhibit opened on August 27.

The panel is titled "A Complex World" and describes the various duties of Virginia Capitol Police. The photo appeared to show Kessler recording protestors and Capitol Police officers with a cellphone. 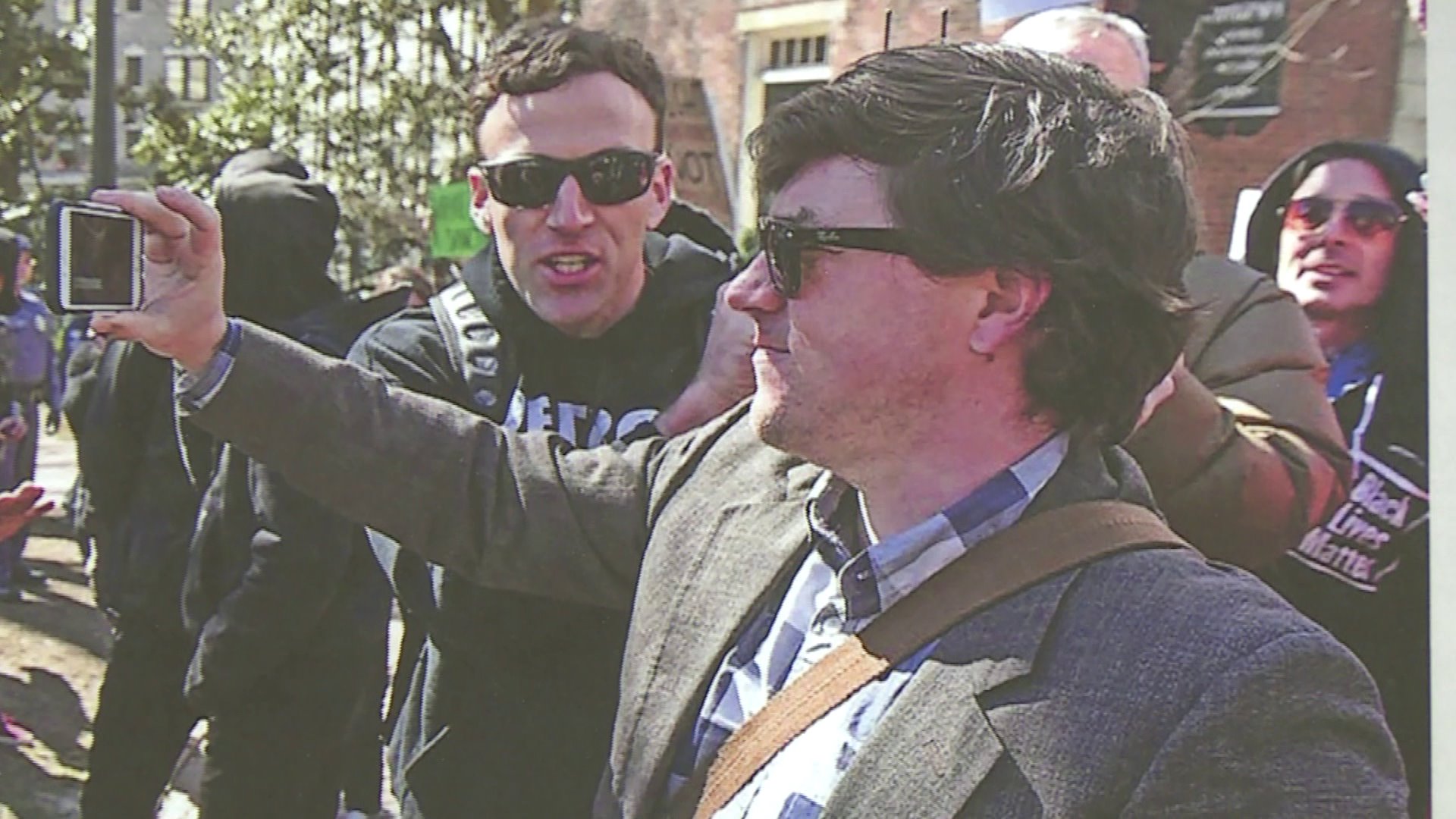 There was no citation or explanation for who was in the photograph, where it was taken, nor who took the photo.

Barbara Batson, Exhibition Coordinator from the Library of Virginia, said she helped curate the exhibit at the request of Capitol Police.

Batson stated the agency asked for the library's assistance when the Virginia Capitol Visitor Center curator left for a new job in the Spring.

"What I didn’t really have was visual information or visual images, so I got in touch with Capitol Police. I was working very closely with them," Batson explained.

Batson said Capitol Police sent her about 100 photographs to use in the exhibit. She stated she was unaware who was in the photographs, since they didn't come with citations.

"I didn’t have a clue. I was just looking for a good image showing Capitol Police in their role as public safety officers," Batson said.

Scott Elmquist, a photographer from the Richmond-based Style Weekly newspaper, said he took the photograph.

Elmquist said neither he nor his employer was contacted about permission to use their images in an exhibit by Library of Virginia or Virginia Capitol Police.

Batson stated that the photograph with Kessler will soon be removed.

"I’ll go back to Capitol Police and ask for a new image and encourage them to print a new panel," Batson said. "If I had known, if anyone in the photograph had been identified, or recognized his name - no I wouldn’t have chosen that [photograph]."

ProgressVA also asked the clerks to remove a replica of a Confederate battle flag that stands near an American flag in the visitor center.

CBS 6 has learned that the Confederate battle flag was not part of the Capitol Police exhibit, but is included throughout the Capitol.

"We need to remove the flag and the photo immediately, so everyone feels comfortable to come to the Capitol and make their voices heard in their government," Lawhorne explained.

Wednesday afternoon, Capitol Police had "no comment" about the situation and referred questions to the House and Senate clerks.

Emails sent to Nardo and Schaar requesting comment have not yet been returned.