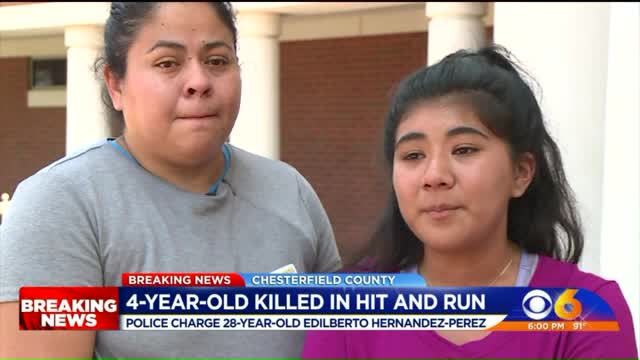 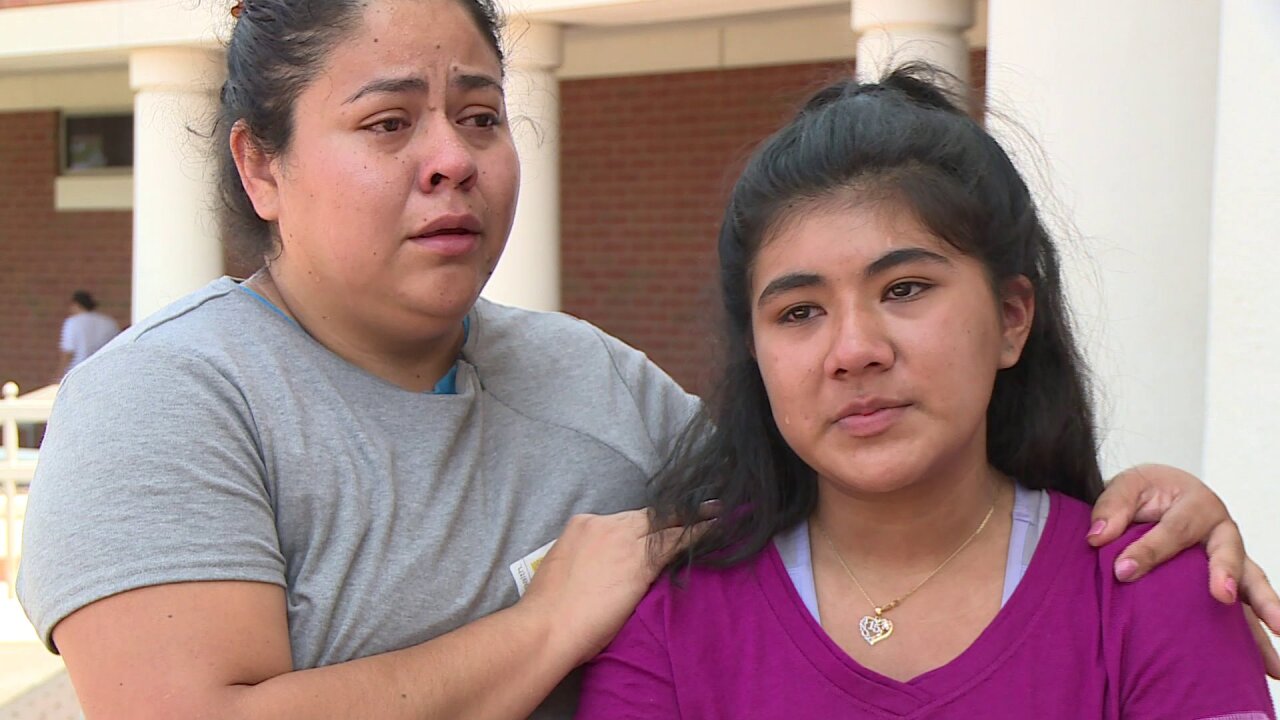 CHESTERFIELD COUNTY, Va. -- "It's just kind of, sort of, feeling like a nightmare."

That's how the aunt of four-year-old Elias Camacho described the last few days.

Elias was killed Saturday afternoon in a crash at the intersection of Belmont Road and Sue Jean Drive in Chesterfield.

Elias' parents and seven-year-old brother were badly hurt in the crash.

"It's really sad to see a baby boy... have to suffer for adults’ mistakes," the boys' Aunt Julie said.

The driver of the 2011 Dodge Ram Pickup truck that struck the family's 2000 Toyota Camry ran from the crash site, according to police.

The driver of the Dodge pickup truck was identified as 28-year-old Jose A. Gonzalez-Flores.

Gonzalez-Flores, 28, fled to a friend's home following the crash, according to police.

The friend, Edilberto Hernandez-Perez, was initially charged with the hit-and-run.

Gonzalez-Flores was charged with felony hit and run, driving while suspended, and possession of a controlled substance.

He was booked at Chesterfield County Jail without bond.

The charges against Hernandez-Perez remained under review by the Chesterfield County Commonwealth’s Attorney’s Office.

Julie said despite his young age, her late nephew made a profound impact on her.

"Every time he would see somebody sad or upset, he would be like 'It's okay, It's okay Julie. Me love you.'" she rcalled. "I would just hug him because he always knew what to say even though he was so young."

Police are seeking additional witnesses to the crash. Anyone with information should contact the Chesterfield County Police Department at 804-748-1251 or Crime Solvers at 804-748-0660 or through the P3 app.