RICHMOND, Va. -- Authorities are asking for the public's help to identify the suspect wanted for robbing one bank and trying to rob two others in less than three hours Wednesday afternoon in Richmond.

Richmond Police officials said officers were called to the SunTrust bank, located in the 400 block of East Grace Street, just after 12 p.m. for a report of an attempted robbery. 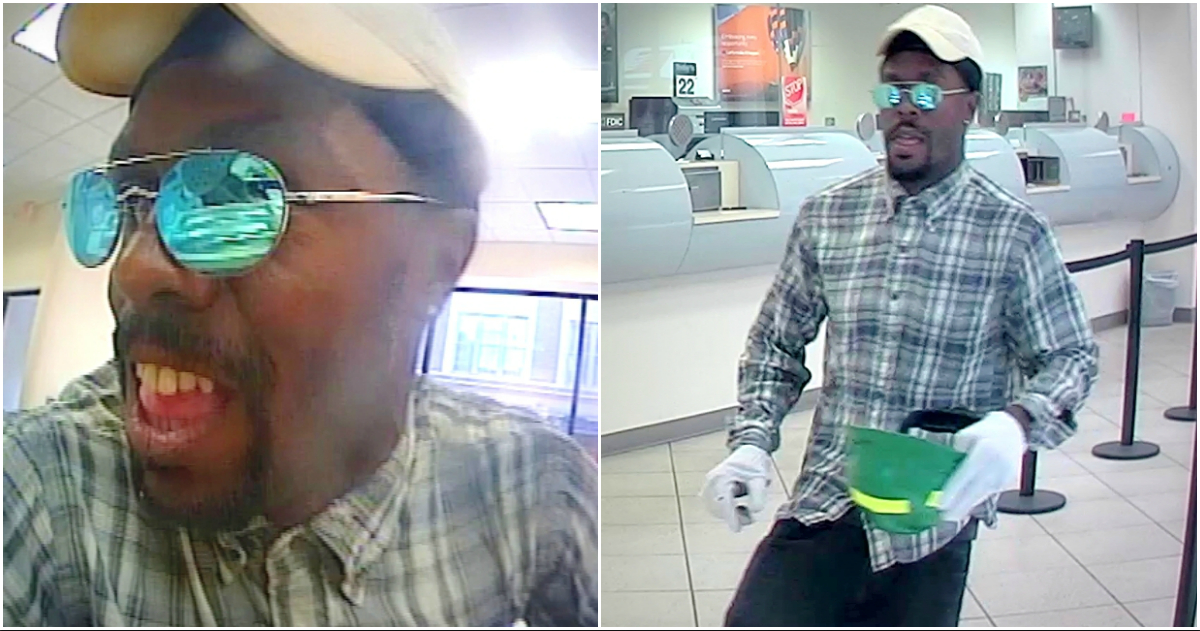 "The male in the photos passed a note to a teller demanding cash," James Mercante with Richmond Police said. "A few moments later he left the bank without receiving any cash and fled the area on foot towards North Fourth Street."

Police believe that same suspect entered the SunTrust in the 1800 block of West Broad at 2:10 p.m. and passed a teller another note demanding money. However, police said the suspect left empty-handed.

But that time the suspect passed a note demanding money and made off with an undisclosed amount of cash.

All three times police say no weapon was shown and there were no injuries.

In the three incidents, police said the suspect did not display a weapon and there were no injuries.

The suspect was described as a black male with a goatee. He was last seen wearing a plaid shirt, black trousers, white cotton gloves and a stocking cap under a khaki cap. Additionally, he wearing sunglasses and carrying a green construction-type helmet. In photos from the second incidents show the suspect in a lemon-lime-colored shirt.