LANCASTER COUNTY, Va. -- VDOT has imposed a three-ton vehicle weight limit as inspectors work to make sure the Robert O. Norris Bridge is safe after a strange sound was reported by a construction crew Wednesday night.

The weight restriction on the 60-year-old bridge, which crosses the Rappahannock River that connects Middlesex and Lancaster counties, went into effect around 10 p.m.

"Most emergency vehicles, including ambulances, are permitted to continue crossing the bridge," officials said.

The restriction comes as a project to repave the bridge's deck overlay is nearly 50-percent complete, according to VDOT.

"During a milling and paving operation on the bridge [Wednesday], a VDOT construction inspector reported an abnormal sound that could potentially indicate a safety concern with a bridge element," officials said.

Additionally, officials said all construction equipment had been removed from the bridge.

As a result, VDOT officials warned drivers on Route 3 to expect delays Thursday since only one lane of the bridge is open and traffic is being led by a "pilot vehicle."

Earlier in the day, officials posted a photo of a safety rescue boat leaving shore before a VDOT bridge inspection team rappelled down the structure.

NORRIS BRIDGE: VDOT bridge inspection team with climbers and safety rescue boat have launched to start work to check the structure for safety after a report of an abnormal sound. Vehicle weight reduced to 3 tons during inspection. pic.twitter.com/VHtC3xcizD

"VDOT bridge inspection team with climbers and safety rescue boat have launched to start work to check the structure for safety after a report of an abnormal sound," officials wrote.

As of 11:30 a.m., officials said that light-duty pickup trucks, ambulances and passenger vehicles were now able to cross the bridge.

Jim Tice drives over the 61-year-old bridge daily, and said the state needs to invest in a new bridge ASAP.

"I've had literally chunks of concrete 6 to 8 to 12 inches big that have fallen down into the water," Tice said. "It's getting to the point where it's pretty scary to even cross it anymore."

But, Tice and others worry that it’s just a matter of time before nobody can cross the bridge anymore.

"It may eventually, some portion of it, could give away," Tice said.

The Norris Bridge is the same type of fracture-critical bridge as the I-35 bridge that failed in 2007 in Minneapolis, Minnesota.

After the collapse that killed 13 and injured 145, the weight limit on the Norris Bridge was reduced to three tons, two pins were replaced, and an additional protective system was installed.

VDOT had imposed a 15-ton weight limit for three weeks from late October to mid-November of 2017 after an annual inspection identified potential abnormalities in two of the bridge’s pins, which help support the bridge beams and were installed in 2007.

However, officials later said the test results were bogus since the pins were likely made from a different class of steel than bridge's original pins.

“Using a combination of additional ultrasound testing, X-ray testing and destructive testing, VDOT has determined that the pins are in good condition, and have no flaws or fractures. The pins will remain on the bridge,” Annette Adams, P.E., VDOT Fredericksburg District Structure and Bridge Engineer, said at the time.

Adams apologized for inconvenience the limit caused for drivers and businesses, but stressed that it was necessary after the initial inspection findings. 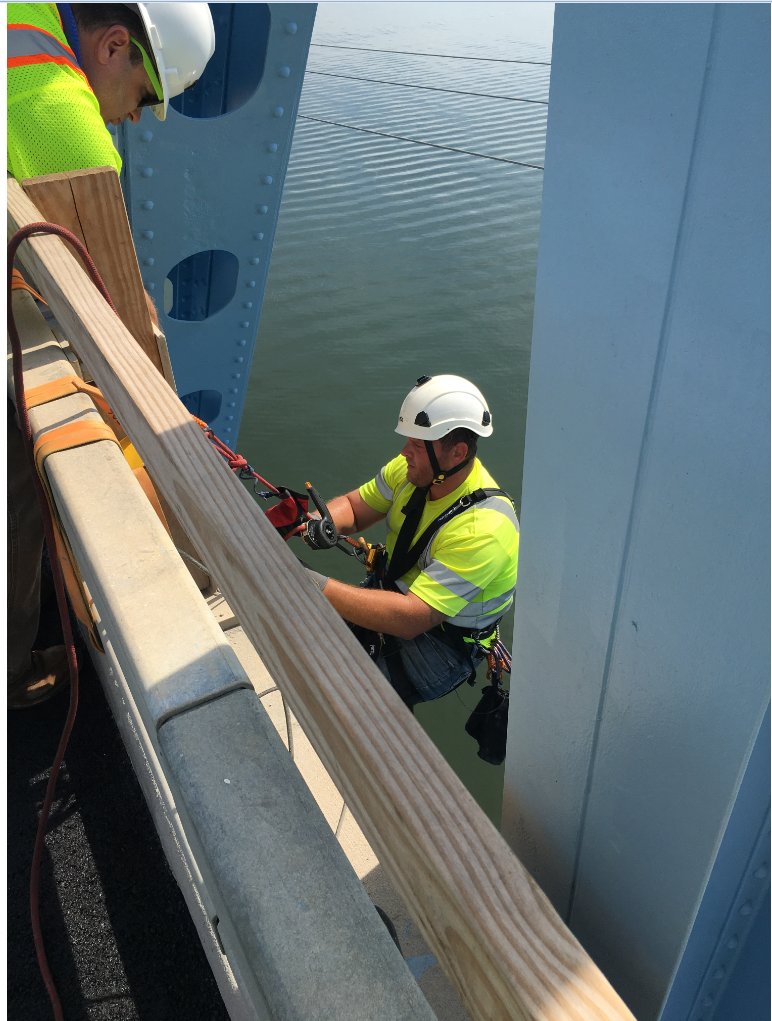 Reporter Laura French, in a CBS 6 Problem Solvers Investigation, talked to drivers and residents who were concerned about the bridge.

“You get on there with the log truck and you go like this and then like this and it’s scary especially in these trucks.” said business owner Malcom Ransone.

Additionally, the bridge's lower weight limit meant some drivers had to take a detour that turned the two-mile trip over the bridge into an 85-mile journey.

Accordingly, some business owners said they lost thousands of dollars because of the restrictions.

Ransone said 85-percent of his landscaping and tree business’ fleet was not permitted on the steel truss bridge during the three weeks.

“Money, dollar bills, costing twice the amount of money to go around 85 miles,” said Ransone. “You can’t make any profit having to drive 85 miles. Grass seed just went up 15-cent a pound just because the way they had to come in.”

VDOT performs an annual inspection of the bridge. The Norris Bridge is listed in “fair” condition getting a rating of 5 on a scale of 0-9. The Norris Bridge elements are rated as follows, Deck: 5; Superstructure: 5; Substructure: 5. Fair condition is defined by the National Bridge Inspection Standards as “all primary structural elements are sound but may have some minor section loss (due to corrosion), cracking, spalling (deterioration of concrete surface) or scour (erosion of soil).”

VDOT said if any one of these elements earns a “4” on the 0-9 scale during an inspection, defined as poor condition or lower, the bridge is then considered structurally deficient.

A full two lane bridge replacement was recommended in a study released in October, but VDOT pointed out it would take 10 years, an estimated $258-million in 2017 dollars and would require a special funding source to replace it.

VDOT said they are committed to keeping it safe and well maintained while researching funding solutions.