Goochland man busted with 5 pounds of marijuana and 27 firearms

GOOCHLAND, Va. -- A Goochland man has been arrested after deputies discovered more than five pounds of marijuana and 27 firearms at his Goochland Courthouse home.

The discovery occurred Wednesday morning when deputies executed a search warrant at the home of 45-year-old James Thomas Taylor, Jr. Those deputies recovered more than five pounds of marijuana, THC oil, and 27 firearms, including assault style rifles, shotguns and pistols.

Taylor has been charged with felony distribution of marijuana and possession of firearms while distributing or attempting to distribute more than one pound of marijuana. 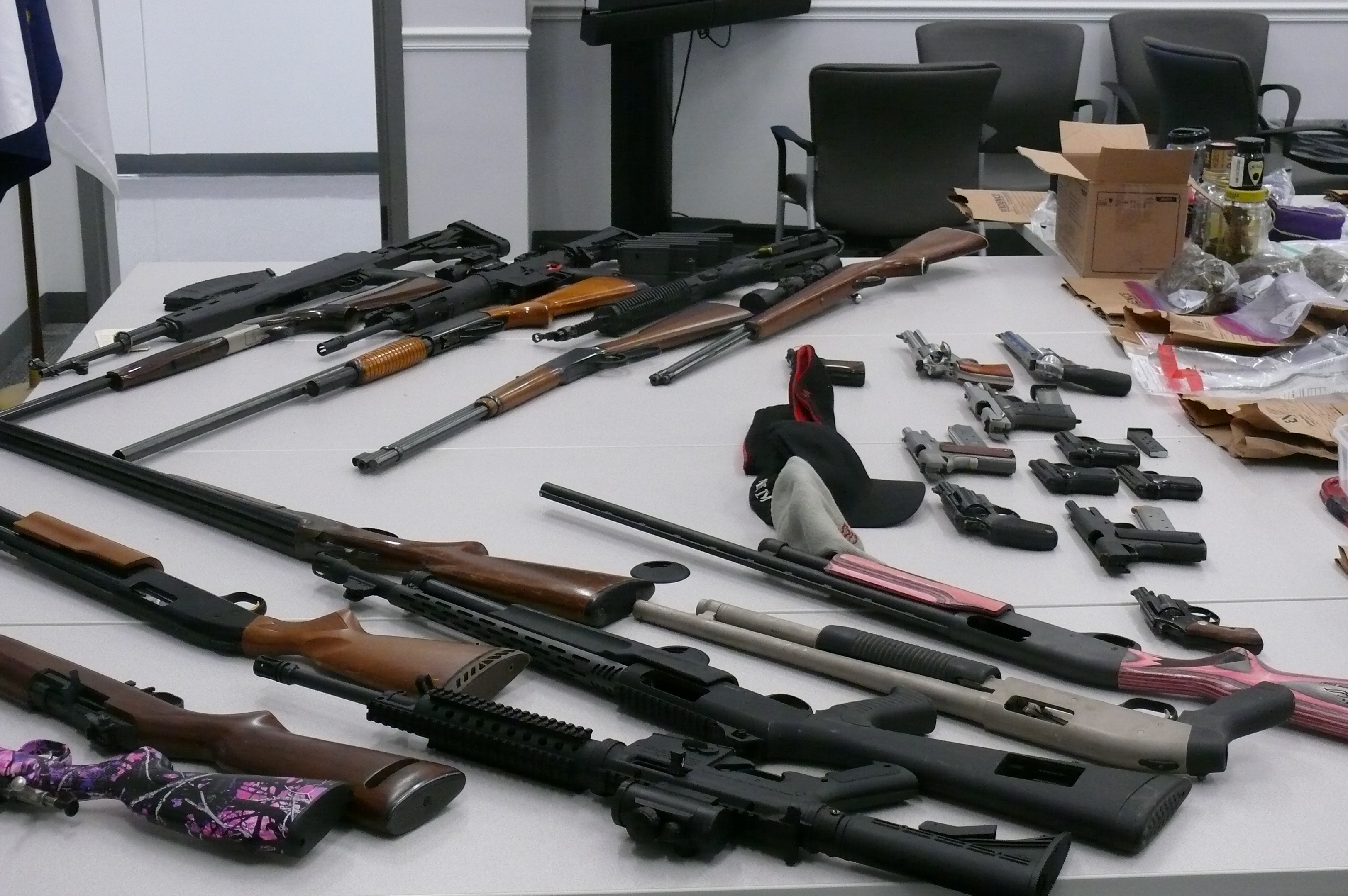 Taylor is being held without bond at Henrico Jail.