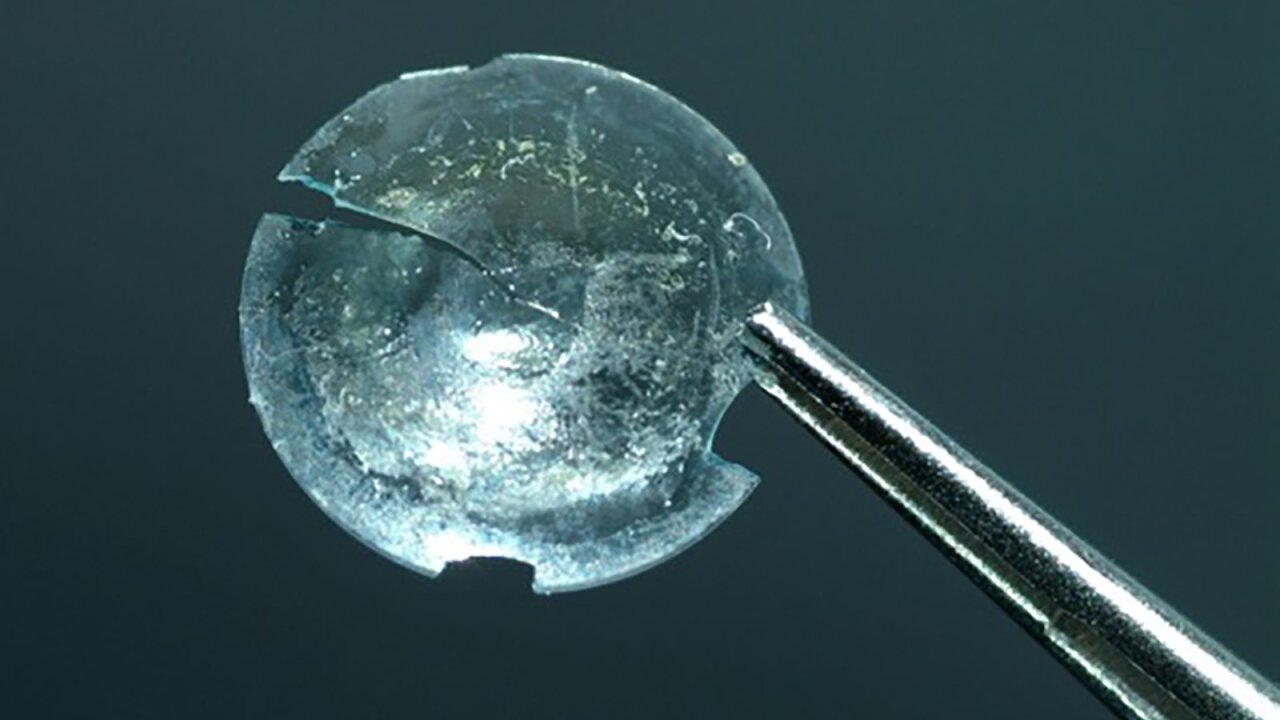 Imagine going to the eye doctor because your upper eyelid is swollen and painful. The doctor tells you it’s a cyst and operates. Inside the blister, the surgeon finds a contact lens: a rigid gas-permeable one.

Imagine going to the eye doctor because your upper eyelid is swollen and painful. The doctor tells you it’s a cyst and operates. Inside the blister, the surgeon finds a contact lens: a rigid gas-permeable one.

But you haven’t worn that type of contact in 28 years!

That’s what happened to a 42-year-old British woman, according to a report recently published in the journal BMJ Case Reports.

Starting as a pea-sized lump just below her left eyebrow, the cyst grew over a six-month period until it was visible on an MRI. In addition to swelling and later pain when touched, her left eyelid drooped.

When surgeons discovered the rigid contact, it was intact; it appeared to have been perfectly encapsulated by tissue. In the process of removing it, the contact was cracked and chipped.

The woman was bewildered. Then her mother remembered an accident when the woman was 14 years old: While playing badminton, she was hit in the left eye by a shuttlecock. She wore rigid contacts at the time, and the contact in the injured eye was never found. Because the injury resolved quickly with conservative care, the family assumed the contact had flown out of her eye and been lost.

She never used rigid contacts again after the accident.

Warning signs of a trapped contact lens typically include sharp or scratchy pain, light sensitivity and redness, but the woman had no symptoms once the shuttlecock injury healed.

Her more recent problems subsided after the wayward lens was removed.

Gas-permeable contact lenses are made of rigid, durable plastic that transmits oxygen, not to be confused with popular “soft” contacts or old-fashioned “hard” contacts.

Though losing one’s contact inside an eyelid is a common occurrence for most contact wearers, fewer than a handful of cases have been reported of the body encapsulating a lens as a foreign object.

However, doctors found 27 soft contact lens in the eye of another British woman last year. The case was also reported in BMJ Case Reports. Doctors found one clump of 17 disposable contacts in a “blue mass” in her right eye; then they found another clump of 10. The woman, who had poorer eyesight in her right eye than her left, just thought she had lost the contact while putting it in.