Couple reunited with stolen toy poodle: ‘We are so glad to have him back’

CHESTERFIELD COUNTY, Va. -- A North Carolina couple passing through Richmond on vacation is relieved after being reunited with their stolen SUV and toy poodle.

Ann and Richard VonHoorn were traveling from a vacation in Connecticut to their home in Cape Carteret, North Carolina when they stopped in Richmond for the weekend to visit the Virginia Museum of Fine Arts. The couple spent Saturday at the museum while Skippy, their white toy poodle, was dropped off at a dog sitters.

After picking Skippy up on Sunday morning, the VonHoorn's stopped at the McDonald's -- at 1800 E. Broad Street in Shockoe Bottom -- to grab a bite to eat, leaving their car running in the parking lot so Skippy would be comfortable in the back seat. 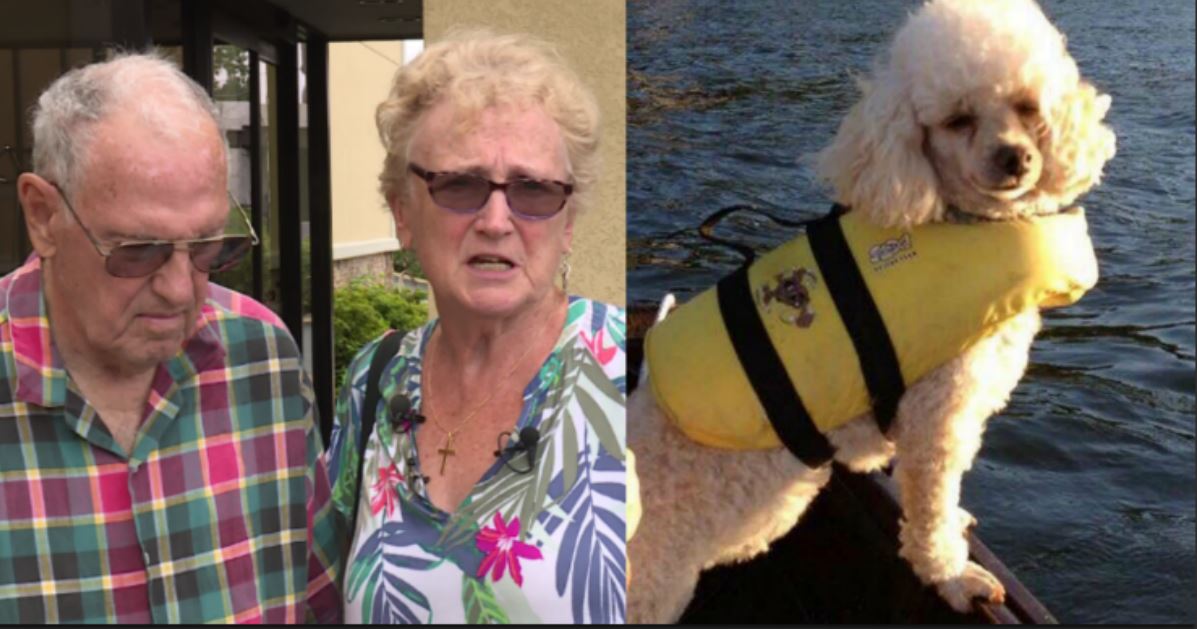 "I believe I locked the car, however my husband's key was in the luggage so I don't know if the car was locked," Ann Vonhoorn said.

The VonHoorns said they ate at the McDonald's for no longer than 15 minutes and had their eyes on the car in the parking lot throughout their meal. They then lost sight of their SUV when they used the restroom after eating.

"We were in McDonald's for 15 minutes most, when we went in at 9 a.m., we were the only customers, by 9:15 it had filled up and there were a lot of people dressed nicely," Ann VanHoorn said. "We went to the restroom before going back out to the car, it was there while we were having breakfast and it was gone when we came back out of the restroom."

In a turquoise and black crate in the back of their 2017 Ford Escape was Skippy, their toy poodle who the couple rescued 9 years ago.

Angela White told CBS 6 after watching the news she recognized the couple's SUV sitting on the side of I-95 southbound near the Bells Road exit Monday morning.

"I noticed the front license plate description something coastal and the color of the vehicle. I thought, 'Oh my gosh, that’s the car!'" she remembered.

White then told a nearby police officer who confirmed the vehicle was the VonHoorn's stolen car.

"The first thing I asked the officer was, 'Was the dog in there?' And he said, 'He didn’t see the dog,"' White explained.

Richmond Police then brought the VonHoorn's to their SUV which had an empty gas tank.

"The police have recovered the car, but the dog and the crate and most of our belongings are missing," Ann Vonhoorn said.

Missing from the SUV was the Vonhoorn's computers, a cell phone, fishing equipment, clothing, in addition to Skippy, his crate and food. The car wasn't damaged except for two holes that were punctured in the front passenger seat headrest.

"The fact that the dog and the crate are missing I hope means that something good has happened," Ann stated shortly after stopping at a gas station to fill up.

The news of what happened to the VonHoorn's reached the Chesterfield Animal Control where they realized Skippy was sitting in one of their cages.

Chesterfield Asst. Animal Services Supervisor Steven Ayers, Jr. said a citizen spotted a dog in a crate placed in bushes behind the McDonald's on Willis Road off I-95, Sunday afternoon.

The dog was in good health despite being left in hot temperatures.

By 4 p.m. Monday, the VonHoorn's were reunited with their dog at the animal shelter.

"Well here he is! The lost has been found. This is Skippy everybody. We are so glad to have him back," Ann exclaimed walking out of the shelter holding the toy poodle. "He doesn’t know what we’ve been through the last 24 hours, but I'm glad he's safe and sound. We are going to be heading back to North Carolina tomorrow and as a whole family again. We were so afraid it would be a completely different story."

Richmond Police are still searching for the suspect described as a black male who was wearing all dark clothing at the time of the incident.

Anyone with information about the whereabouts of the dog or vehicle matching this description is asked to contact Third Precinct Detective Calvin Layne at (804) 646-0698 or Crime Stoppers at 780-1000.