Who are the white nationalists gathering in Washington? 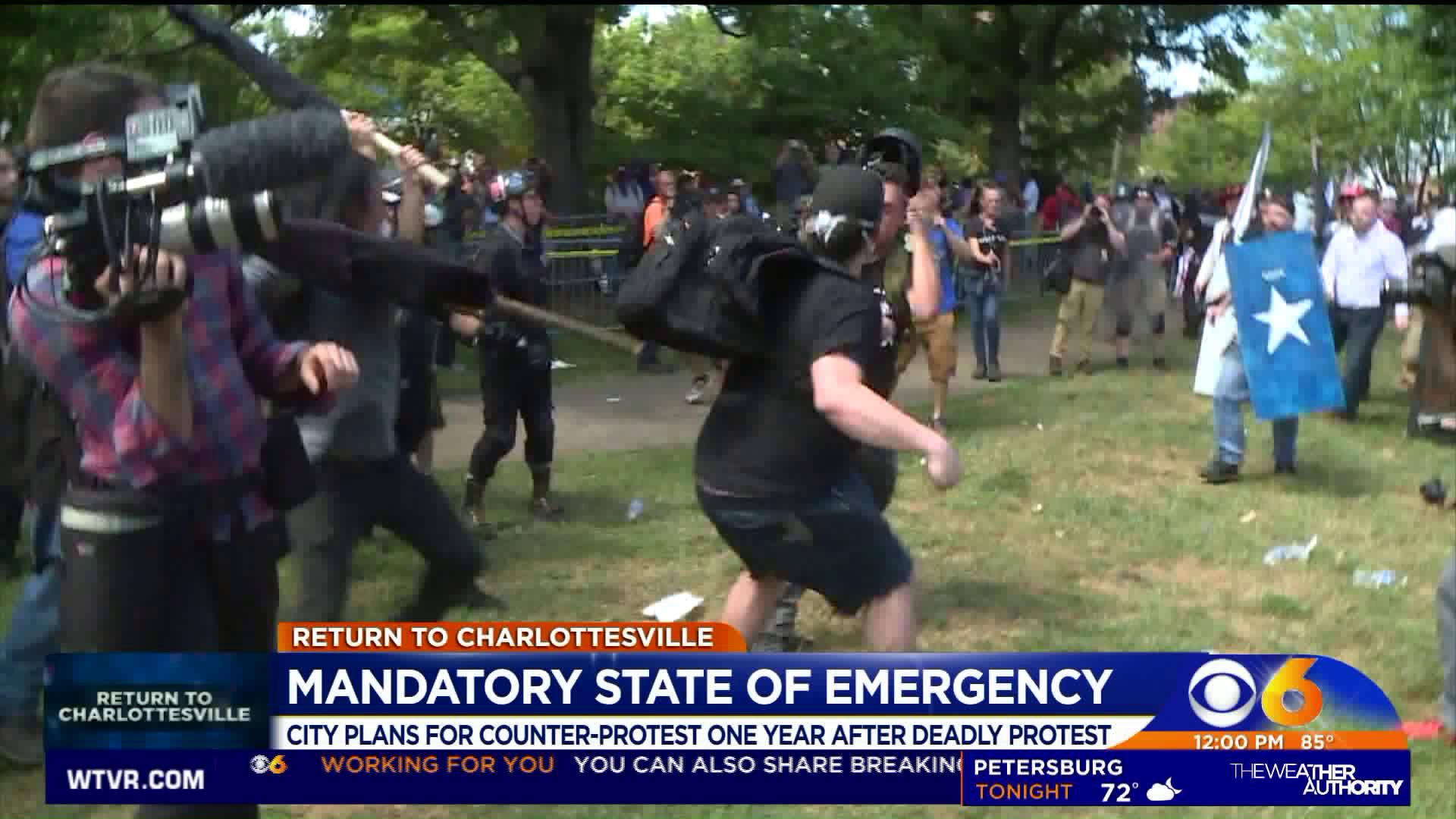 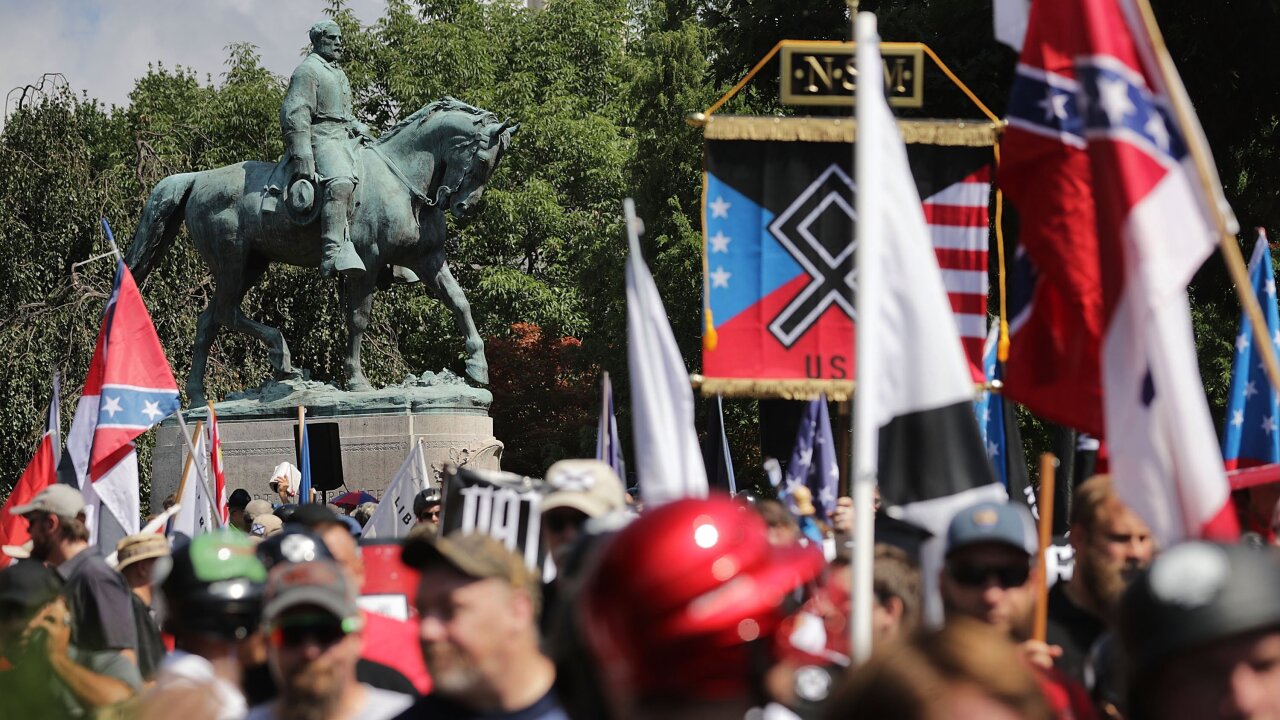 White nationalists and other right-wing groups will gather along the lawns and brick paths of Lafayette Square in the shadow of the White House on Sunday for a controversial "white civil rights rally."

The event is being organized by Jason Kessler, the same man who organized last year's "Unite the Right" rally in Charlottesville.

That quaint Virginia college town, still wrestling with slavery's legacy, was the scene of protests, violent clashes and the death of 32-year-old Heather Heyer, who was struck down by a speeding car that plowed into a group of counterprotesters.

The permit application for the Washington rally said 400 people were expected, and described the event as a protest against "civil rights abuse in Charlottesville." Authorities will be scrambling to prevent violence between participants and counterprotesters.

Here's what you need to know about white nationalists and what they want:

What is white nationalism?

The term white nationalism originated as a euphemism for white supremacy, the belief that white people are superior to all other races and should therefore dominate society, according to Oren Segal, director of the Anti-Defamation League's Center on Extremism.

Do they sometimes go by other names?

Yes. They include the "alt-right," "identitarians" and "race realists." However, Segal said, such words are simply a rebranding -- "a new name for this old hatred."

Richard Spencer, president of the National Policy Institute and the editor of Radix Journal, is credited with coining the term alt-right.

"I don't use the term white nationalist to describe myself," he said.

"I like the term alt-right. It has an openness to it. And immediately understandable. We're coming from a new perspective."

Other white supremacist groups include the Ku Klux Klan and neo-Nazis.

Why are there so many different names?

Most white supremacists aren't affiliated with an organized group, Segal said. Some take measures to distance themselves from known hate groups, such as the KKK.

"This lack of affiliation makes them harder to track, and also means that any groups that do emerge tend to be extremely flexible and porous," he added.

Some Klansmen still favor white robes and hoods. But groups such as the alt-right, overwhelmingly made up of millennial men, prefer khakis and collared shirts. They're active on social media and employ irony and humor in their messaging, Segal said.

What is their goal?

Their goal is the same: a white ethno-state, where each race lives in a separate nation.

White supremacists and their ilk see diversity as a threat, Segal said. A popular white supremacist slogan is "Diversity is a code word for white genocide."

George Hawley, a political scientist at the University of Alabama, said a sense of white victimhood is key to the movement.

"There is a sense that whites are under siege and being deliberately dispossessed by hostile elites who wish to usher in a new multicultural order," Hawley said.

"They dislike the culturally foreign immigrants who enter the United States and work for low wages, and they dislike the political and economic elites that invite them in. They are also hostile to the media and academia, which they contend push an anti-white message."

You're getting a glimpse of it now, according to Daryl Johnson, owner of domestic terror monitoring group DT Analytics and a former counterterrorism expert at the Department of Homeland Security.

"The anti-immigration xenophobia is rising," Johnson said. "US policy is becoming more isolationist -- the building of the (border) wall, the travel ban, mass deportations. These were ideas that I read about 10, 15 years ago on white supremacist message boards. Now they're being put forth as policy."

"You would have to forcibly remove people," she said. "This is cattle-cart stuff. It also shows that their plans aren't very well thought out. They're at best aspirational."

Instead, Beirich envisioned a tyrannical government under such a system.

"All civil rights for nonwhites would be removed," she said. "All political power would be in the hands of white people, in particular white men because this movement is an extremely male and, many would say, toxically masculine movement. They also have pretty retrograde views about what women should be doing."

She added, "If anything, their vision of America's future looks a lot like the 1600s or perhaps earlier."

How realistic are their aspirations?

Experts agree that the possibility of such a society developing is extremely remote.

"Real political leadership is so far from reality you aren't going to find much in the way of alt-right policy papers with detailed instructions for different government agencies," Hawley said.

Segal called it a "dystopian fantasy that has virtually no chance of actually happening."

"But it's safe to say that a white nationalist state is not a place most Americans of all races would want to find themselves living."

How much of a threat do these groups pose?

Few white supremacists belong to organized groups. So it's difficult to assess the size of their movement and the threat they pose.

The alt-tight, for example, has no formal organization or membership, and most who identify as such are "anonymous and online," according to Hawley.

But the ADL's Segal said the alt-right appears to be growing, with more adherents moving from a largely online presence to engaging in events such as "Unite the Right" rallies.

"They want to take advantage of the current political climate, which they feel is unprecedentedly welcoming to their worldview," Segal said.

ADL research found that people with ties to the far right were responsible for 74% of homicides by extremists in the United States between 2007 to 2016, according to Segal.

"Extremists of all kinds are always a threat," he said, "but when any extremist group feels emboldened, that's cause for serious concern."

How many people like this are there in the US?

Johnson placed the number of white supremacists connected to groups such as the KKK, neo-Nazis, Aryan prison gangs and skinheads "probably in the hundreds of thousands in the United States."

The Southern Poverty Law Center counts more than 900 hate groups in the country, compared with about 600 in 2000, Beirich said. However, not all of them are white supremacist groups.

Why are these groups becoming more vocal?

Many "Unite the Right" rally participants have latched onto President Donald Trump's controversial comments about Muslims and Mexicans, according to Beirich.

"They feel validated," she said. "They feel like all of sudden we can be a part of the political system. The history of the last few decades of white supremacy in this country is that they viewed both the Republicans and the Democrats as a waste of time. In other words, politics was a dead end for them. But that has all changed with Trump."

Trump has sought to distance himself from white supremacist groups. But his initial statement on last year's violence sparked outcry, when he condemned "hatred, bigotry and violence, on many sides."

Critics said the President should have been more direct and forceful in condemning white supremacy and not equating the violence of counterprotesters with that of hate groups.

Before the violence in Charlottesville, former Ku Klux Klan leader David Duke called the "Unite the Right" event a fulfillment of the promises of Trump.

"This represents a turning point for the people of this country," Duke said at last year's rally. "We are determined to take our country back."