Police confirm the crash was a result of a driver that fled from officers following what started as an assault call near Willis Road.

A man reported that he was assaulted and gave a vehicle description to police.

The pursuit began when an officer spotted that vehicle and activated their emergency lights and siren in an attempt to stop the vehicle, but the driver refused to stop. 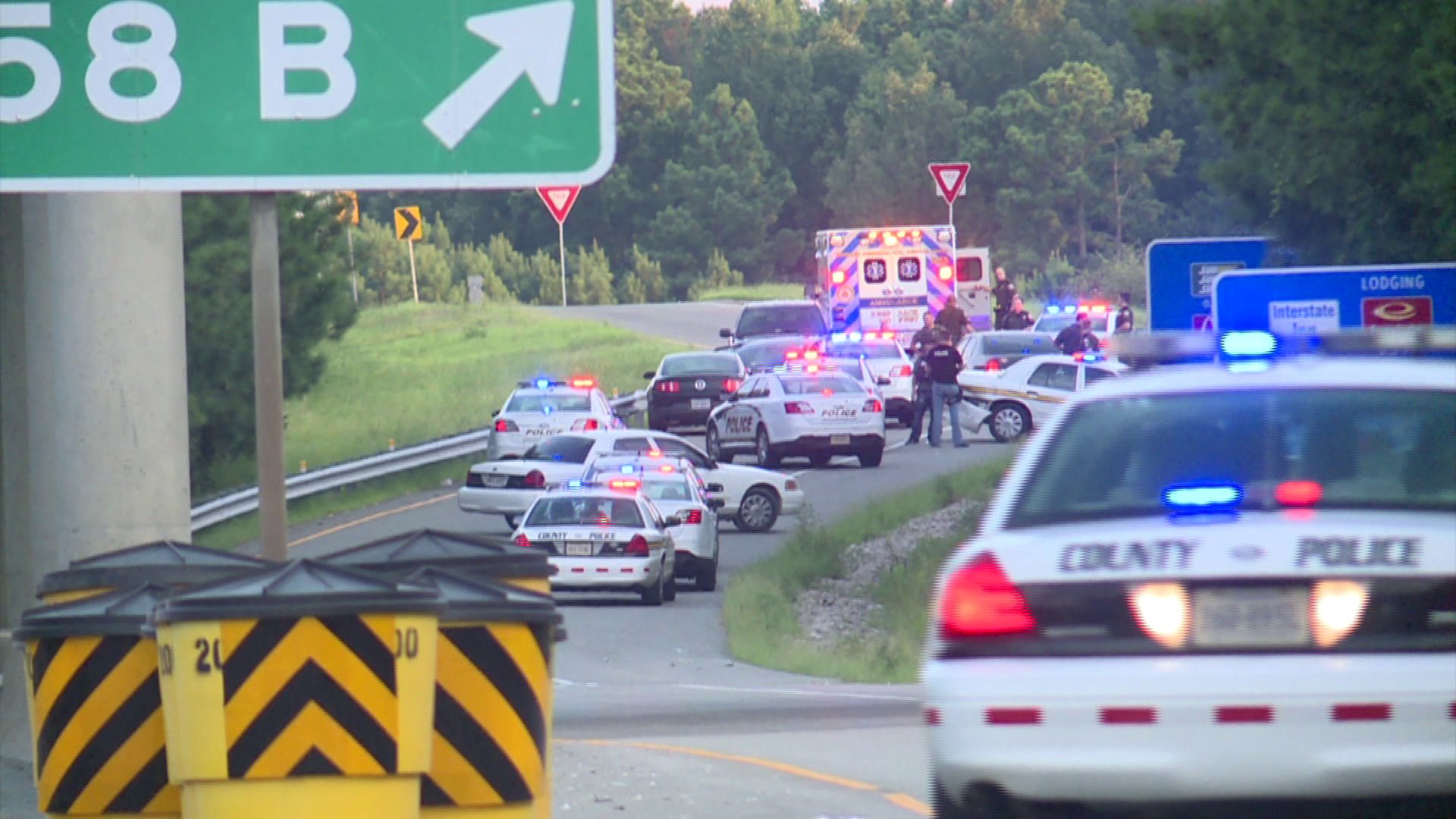 The six-mile pursuit spanned from Willis Road to Woods Edge on I-95.

The police pursuit ended when the suspect’s car struck a police cruiser and caused another cruiser to slide into a ditch on the Woods Edge exit ramp.

Crime insider sources tell Jon Burkett that two females and one male are in police custody.