RICHMOND, Va. – A mother hopes someone can connect her with the good Samaritan she said helped save her and her children last week in Richmond.

Kira Thompson said she was driving with her two young sons along Hull Street, near Chippenham Parkway, Thursday morning when a construction truck tried to make a last-minute U-turn.

That is when she said the big rig smashed into her car, resulting in extensive front-end damage.

In fact, Thompson said her legs were pinned by the dashboard, trapping her so she was unable to move.

Thompson said she panicked because she could not reach her children, ages six and two, in the backseat to get them out of the car.

That is when she said a man showed up and proceeded to calmly get the kids out to safety before he returned to help her until EMS crews arrived.

"I couldn't have held it together if I didn't have him kind of sort in my ear telling me, ‘You got to keep it together. Your boys are going to fine. They are right there,’" Thompson remembered. 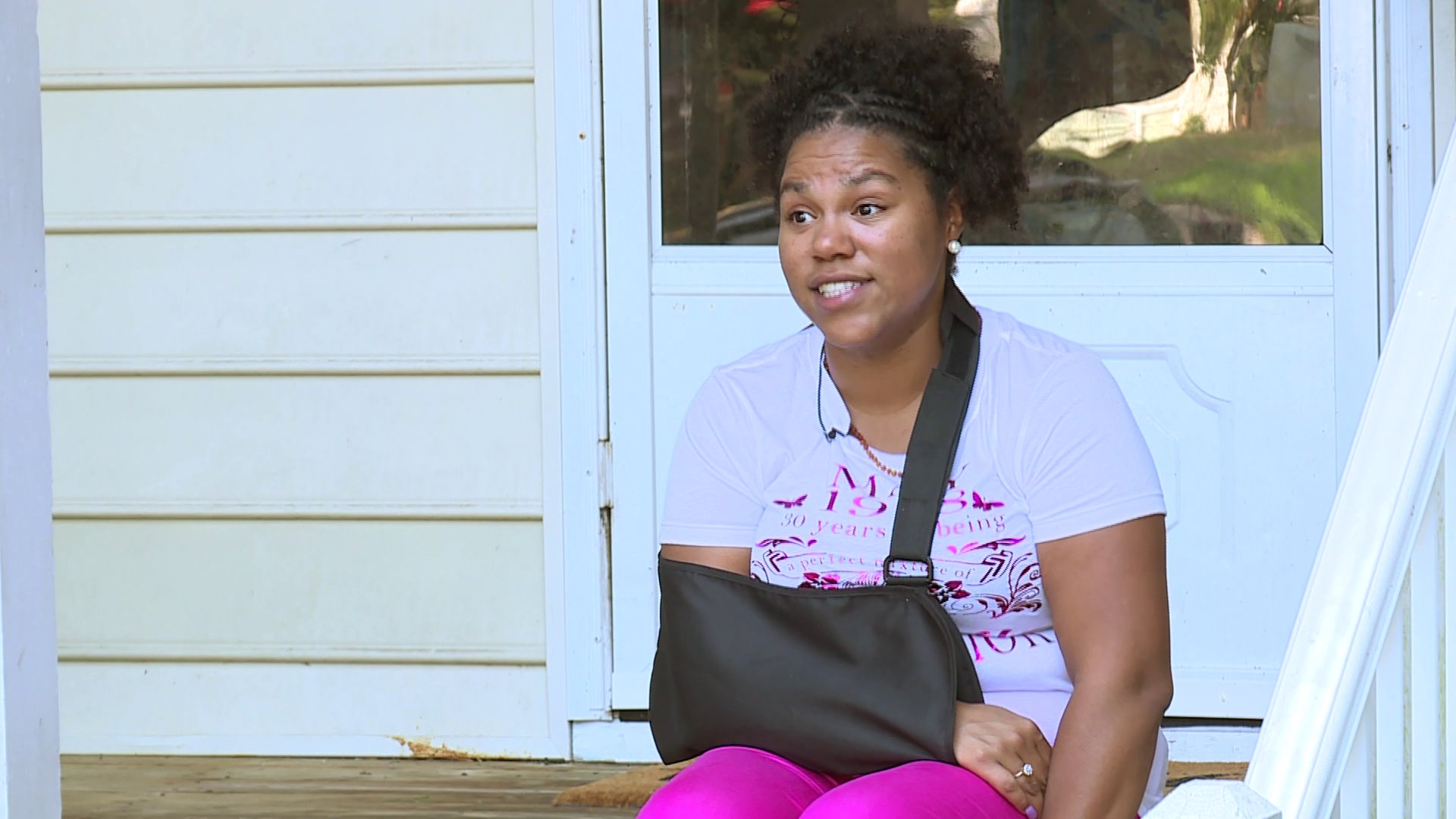 “He was one of the first people to help us,” she said.

However, during the commotion Thompson said she did not get the man’s name. She believes he waited for first responsers to arrive before leaving the scene.

“We have coined him our angel,” Thompson said. “Jeremiah, my six-year-old, just said he’s an angel."

The mother of two wants to thank the mystery man that helped her family. But she said nobody at the scene, from the police officers to the tow truck driver, knows who he is.

“He wasn’t a firefighter, he wasn’t a police officer, he wasn’t one of the emergency response teams,” she said.  “We have no idea where to find him, so we literally feel like he just fell out of the sky.”

In the days since she was released from the hospital, Thompson’s mission has been locating her family's "angel" by turning to social media and the CBS 6 Problem Solvers.

Thompson described the good Samaritan as a "clean-cut" white male probably in his twenties or early thirties. She said he was wearing a white or grey T-shirt with green writing on it.

Little Jeremiah was so thankful for the act of kindness, he created a thank you for the man he said saved his mom.

While he has already learned about the importance of helping others in need, Thompson said there is another lesson her boys can learn from the situation.

"I just want to teach him the importance of just saying thank you," she said. "And how far a thank you versus not saying anything at all will get you.”

Can you help find the mystery man who helped this family? Please spread the word on social media. Anyone with more information can submit a news tip here.