LYNCHBURG, Va. -- Folks are being allowed to return to their homes Saturday after being evacuated Thursday night as heavy rains threatened to breach the College Lake Dam in Lynchburg.

Engineers are monitoring the dam after crews opened a small sluice in the spillway to to begin dewatering the reservoir.

"Once the water levels are lowered, then initial repairs can begin on the dam embankment and the roadway," a statement read.

Additionally, officials said Lakeside Drive, which runs along the top of the body of water, remained closed Saturday.

The 84-year-old structure was deemed "stable and ... there is no immediate fear of dam failure," by officials on Friday.

However, the situation was much more dire Thursday, when flooding prompted some evacuations in the city of roughly 80,000 people.

That night, the National Weather Service reported the College Lake Dam could fail, and if it does, "the water depth at Lynchburg could exceed 17 feet in 7 minutes." 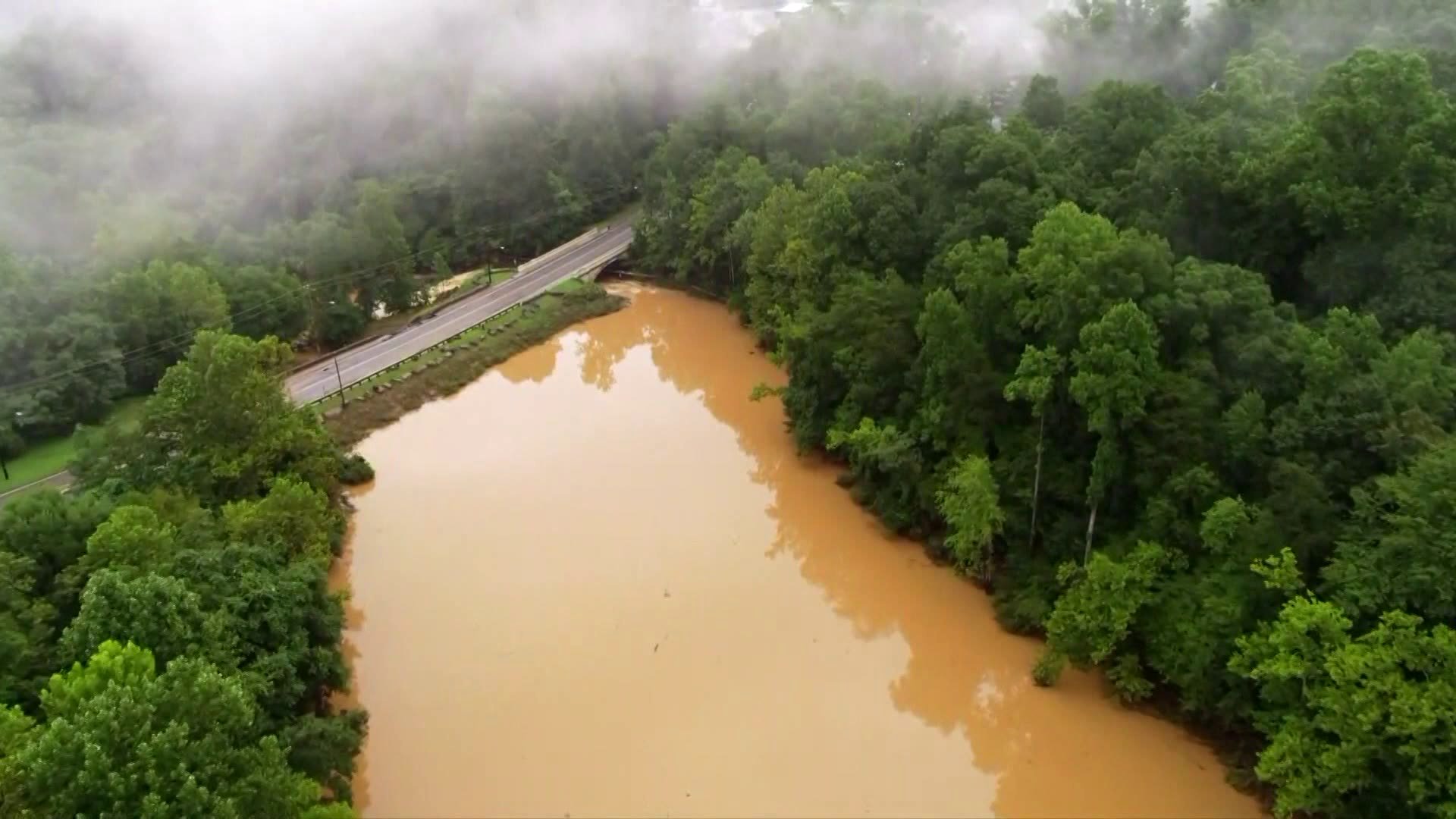 Rain has saturated parts of the East for days, with flash-flood watches in effect for millions from Georgia to Vermont.

Some of Lynchburg were flooded. City officials posted pictures Thursday of rescuers using a raft to take families from a flood-threatened apartment complex as well as the partial collapse of one road into an adjacent creek.

Other photos showed water rushing Thursday night over the dam and Lakeside Drive, which separates College Lake and Blackwater Creek.

"I think I know some people who are going to be moving tonight," Organ says in the video.

Should the dam collapse, floodwaters would move from the creek into the James River near Lynchburg's business district.

The city's Department of Emergency Services urged people living on a number of roads near the dam to evacuate Thursday night. The department's Piper Van dePerre told CNN affiliate WDBJ in Roanoke that crews are working with a list of 124 residences that need to be evacuated.

The city near the Blue Ridge Mountains has received plenty of runoff from recent rains, and 4 to 6 inches of rain fell in the area Thursday evening, filling College Lake beyond its capacity.

A flash-flood warning is in effect until 2 a.m. Saturday in Lynchburg. A line of showers and storms moved through the area Friday afternoon.

The University of Lynchburg, which is near the lake, said it has not ordered an evacuation because it is not downstream of the dam, according to affiliate WSLS in Roanoke. The school said it is open Friday, though its entrance on Lakeside Drive was closed.