Smoke from kitchen blaze rises around Cathedral of the Sacred Heart

RICHMOND, Va. -- Smoke was seen rising near the Cathedral of the Sacred Heart church across from Monroe Park Friday morning.

The Richmond Fire Department responded to the 800 block of S. Cathedral Place after smoke was reported.

The fire was extinguished quickly around 8:45 am. and crews on scene said it was contained to the kitchen. 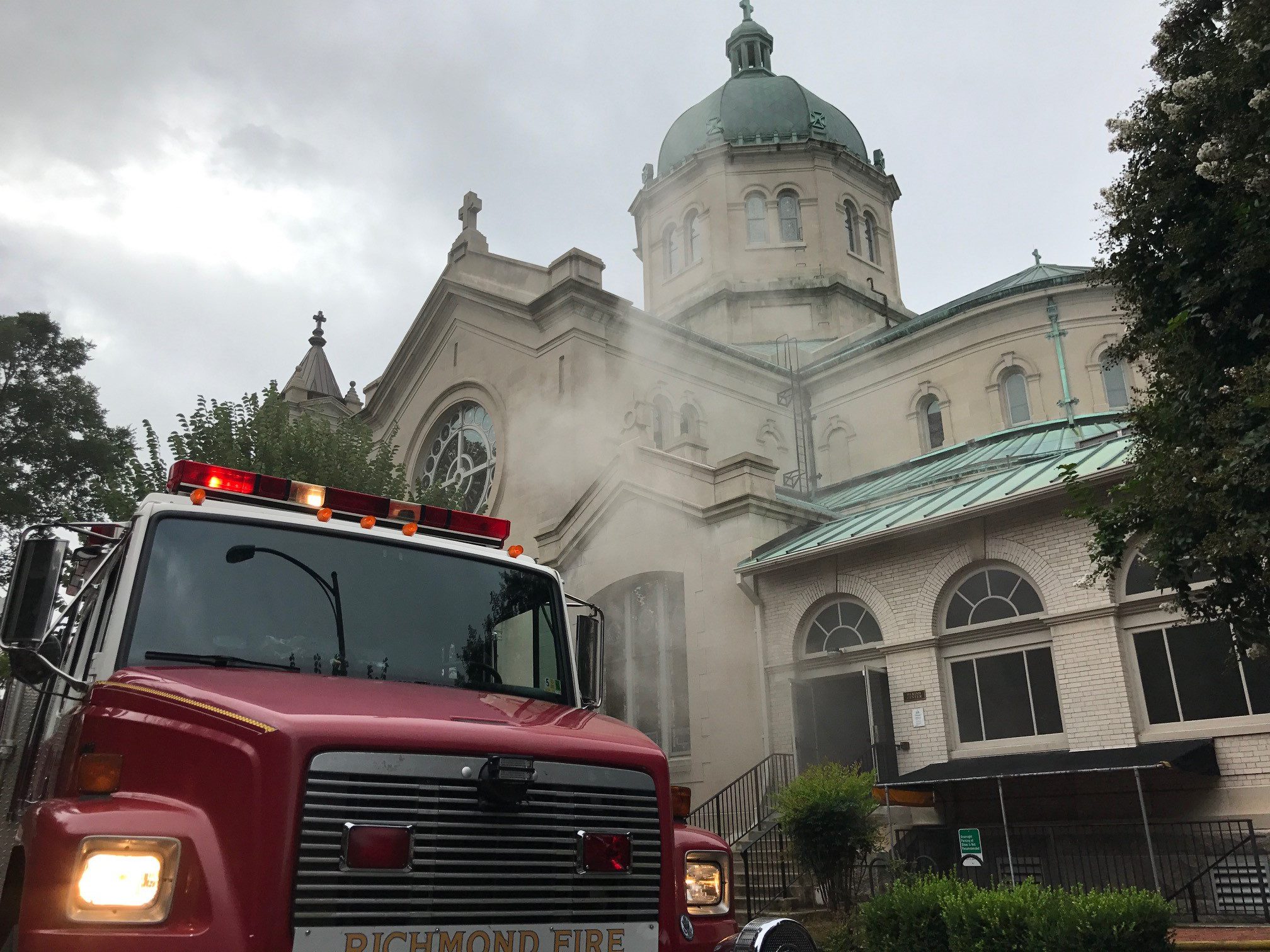 Crews on scene also said that despite the size of the building and the containment, it would take awhile to air out the strong smoke smell.

"I got here at quarter to eight and the whole building was just smoking," said Lawrence Hickman, with a moving company scheduled to be there that morning. "Looks like it started somewhere else cause the smoke was coming from one part of the building then it looks like now it's coming from over there, they look like they were packing up and then they brought the lines right back out."

"I'm glad no one was hurt... the staff wasn't hurt and I`m thankful for everyone who came out to help great gratitude for what these guys have done," said Patrick Golden, Cathedral Rector.

No word yet on exactly how the small blaze ignited.