"Vader and his handler were caught in crossfire on Interstate 95 in Sussex County," the post reads. "Vader was shot and killed during the pursuit."

The spouse of a state trooper who works with Vader's handler organized the T-shirt sale.

"My husband and I are very close with Vader's handler and the members of his team," she wrote. "I felt the need to do something for them; I know they all respected Vader and treasured him as an essential member of their team. They, along with all of the contributors of this fundraiser, are mourning his loss."

"The goal was to sell 100 shirts, but we met that goal in the first six hours," she said. "Shirts will continue to be sold for the next two weeks. All of the funds will go directly to Virginia State Police's K-9 Program."

Shirts will be delivered about two weeks after the campaign ends or they can be picked up in Emporia, she said.

Virginia State Police are planning a memorial service for Vader after the two-year-old Belgian Malinois was killed in a shootout with a murder suspect in rural Sussex County Wednesday morning.

"Our canine program is essential in so much of what we do as a Department to achieve our public safety mission," Virginia State Police Superintendent Col. Gary T. Settle said Thursday. "We are all deeply saddened by the loss of Vader and are forever grateful for his sacrifice and selfless service to the state police and the Commonwealth."

A state police blue-and-gray K-9 vehicle sits in tribute in front of the agency's administrative headquarters on Midlothian Turnpike.

The day before, the Belgian Malinoisis was carried beyond crime scene tape where his life ended in a farewell salute to the fallen state police narcotics detection canine.

A police processional followed for the two-year-old K-9 whose end of watch came just seven months after graduating training. 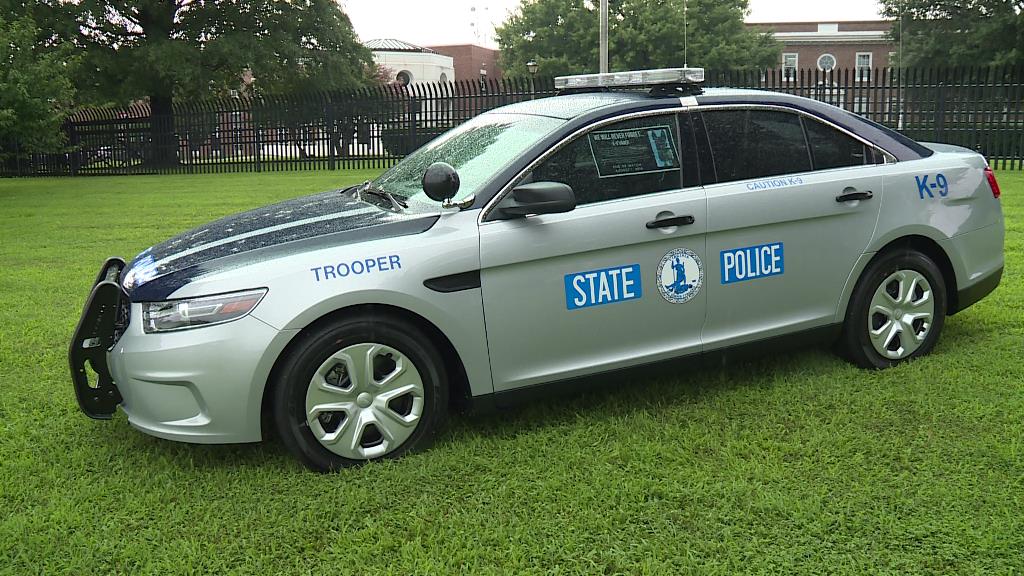