Dam failure could flood Lynchburg with 17 feet of water

LYNCHBURG, Va. -- Evacuations are underway as officials warn a dam may fail, potentially flooding parts of Lynchburg with up to 17 feet of water in just minutes, according to the National Weather Service.

As a result, the weather service issued a flash flood warning because of the potential breach until 3:15 a.m. for the Central City of Lynchburg.

Lynchburg Water Resources Department reported that 4 to 6 inches of heavy rain Thursday evening caused College Lake to overflow. And as of 10:01 p.m., officials said 12 to 18 inches of water were flowing over Lakeside Drive into Blackwater Creek.

"At this time, the dam has not failed, and is being closely monitored by emergency personnel for any signs of structural failure," weather service officials said. "Flood waters entering Blackwater Creek from College Lake will continue into Ivy Creek before entering the James River. This includes the following streams and drainages: James River, Blackwater Creek, Williams Run and Ivy Creek." 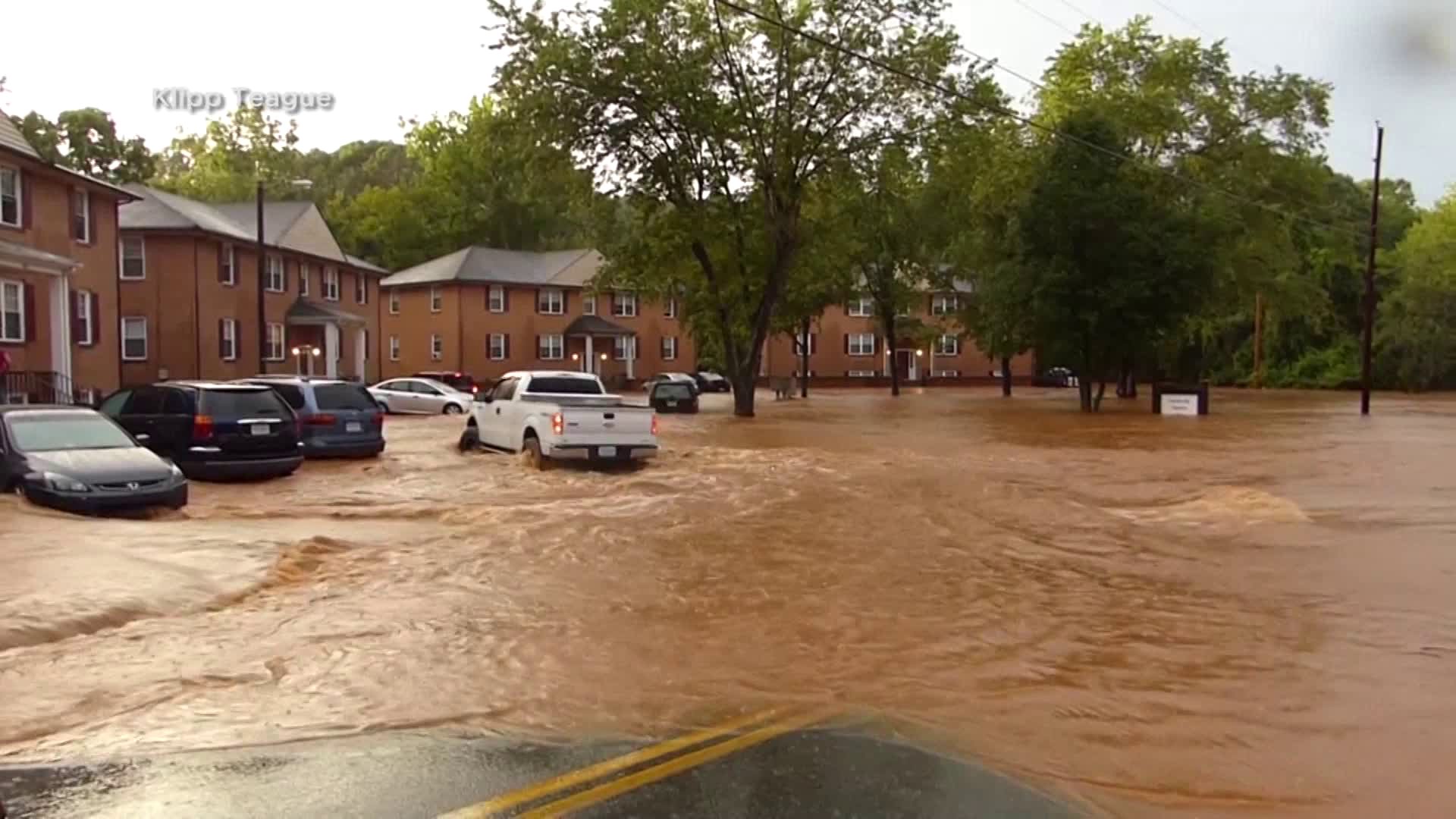 However, National Weather Service officials warned that if a complete dam failure occurs, "the water depth in Lynchburg could exceed 17 feet in seven minutes."

This is a look at the Hollins Mill Dam in Lynchburg during the heavy rain tonight -- this area is also at risk for heavy flooding tonight.

Lynchburg Department of Emergency Services officials said that because the possible breach of the College Lake Dam, 124 residences are being evacuated.

Officials said that folks who live in low-lying areas below the dam, should move to higher ground.

Residents were advised to go to a temporary shelter that had been set up at the EC Glass High School.

Officials warned that if the dam breaks, water along Blackwater and Ivy Creeks may rise several feet within a few minutes and have very swift currents.

"Obey all road closures and do not drive your automobile anywhere where water covers the road," National Weather Service officials said.

Click here to read more on this breaking story from WDBJ in Roanoke.