Balding man with knife holds up 7-Eleven in Henrico

HENRICO COUNTY, Va. -- Authorities are asking for the public's help to identify the man who robbed a 7-Eleven store in Henrico early Wednesday morning.

Henrico Police officials said officers were dispatched to the 7-Eleven in the 11400 block on W. Broad Street for a robbery at 1:20 a.m.

"A white male entered the business, displayed a knife and demanded money," officials said. "The victim complied, and the suspect fled on foot with an undisclosed amount of money."

Surveillance cameras captured these photos of the 7-Eleven robbery suspect

The suspect is described as a white male, between 50-60 years old with white, balding hair. He was last seen wearing sunglasses, dark pants and a yellow shirt with a Brazilian flag or logo. 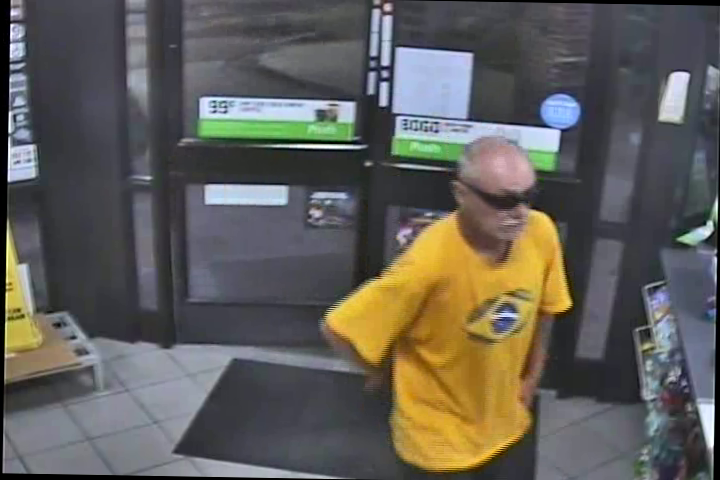 If you have information that could help investigators, call Henrico Police at 804-501-5000 or Crime Stoppers at 804-780-1000. Citizens can also download the “P3 Tips” app to their mobile devices and submit their tip. Both Crime Stoppers methods are anonymous.