HENRICO COUNTY, Va. -- Fed up neighbors in Lakeside are turning to the CBS 6 Problem Solvers over an empty lot in their Henrico neighborhood they say has been used as an illegal dumping ground for years.

Josh Tate and his family have lived in the neighborhood for twelve years. But just feet from their Lakeside area home  is an eyesore that has not appeared to move in years.

"People seem to think that's a dumping area even though it says clearly it's not," Tate said pointing out a "No Dumping" sign. "People on a regular basis will drop trash or old furniture and things like that out there. It just looks terrible."

Over the years, Tate said the space on an empty lot has been used for dumping old mattresses, furniture, televisions and even boxes of clothes.

That is despite the neighborhood's attempts to stop illegal dumping, including adding signs.

And each time the county cleans up the mess, the problem happens again.

The neighborhood association released a statement, but some people are fearful their message won't matter. 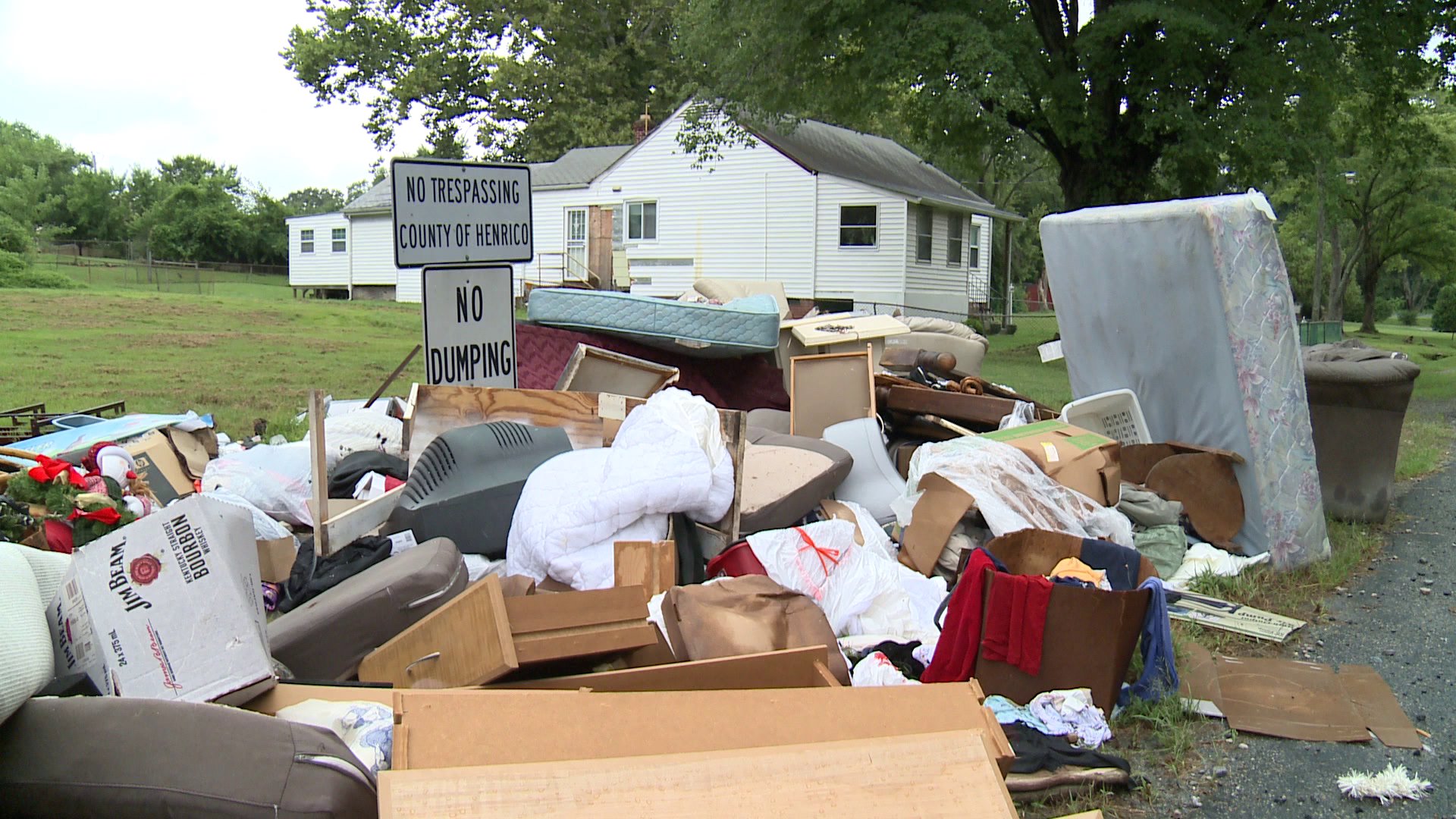 "I don't know what the solution is because even telling people about it isn't going to necessarily stop it," Tate said. "Because obviously signs don't work, the threat of fines don't stop it."

Hernico codes prohibit the accumulation of garbage or rubbish outside homes and may be punishable with a $250 fine.

While Tate and his neighbors said they have learned to tolerate the mess, he said the blight has made the thought of living somewhere a little more appealing.