CHESTERFIELD COUNTY, Va. — A stormy weekend has forced the cancellation of the 25th annual James River Parade of Lights’ “Christmas in July” celebration planned for Saturday.

Officials said the boat parade, which takes a 14-mile journey down the James River from the city of Richmond to the Varina-Enon Bridge, was called off for boater safety.

“There was a rain date scheduled for Sunday, however more rain is anticipated tomorrow evening, so the rain date also is cancelled,” officials said.

CBS 6 Meteorologist Mike Stone said a coastal storm will bring periods of rain across central and eastern Virginia Saturday. Additionally, a second storm system will approach from the west Sunday into Monday, keeping some occasional showers and storms in the area.

Officials said details for the 2019 Parade of Lights have yet to be determined. 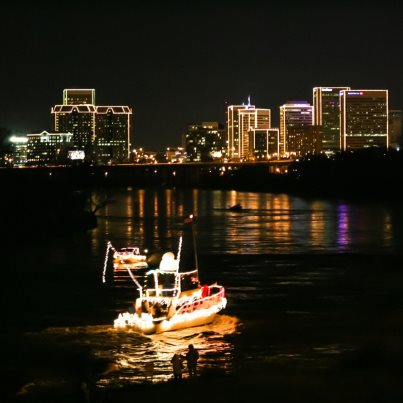