HANOVER COUNTY, Va. -- A death investigation is underway after a body was discovered behind a burning home in Hanover County Thursday morning.

Sgt. James Cooper with the Hanover County Sheriff’s Department said deputies were called to a home in the 15500 block of Long Row Drive just after 10:45 a.m. 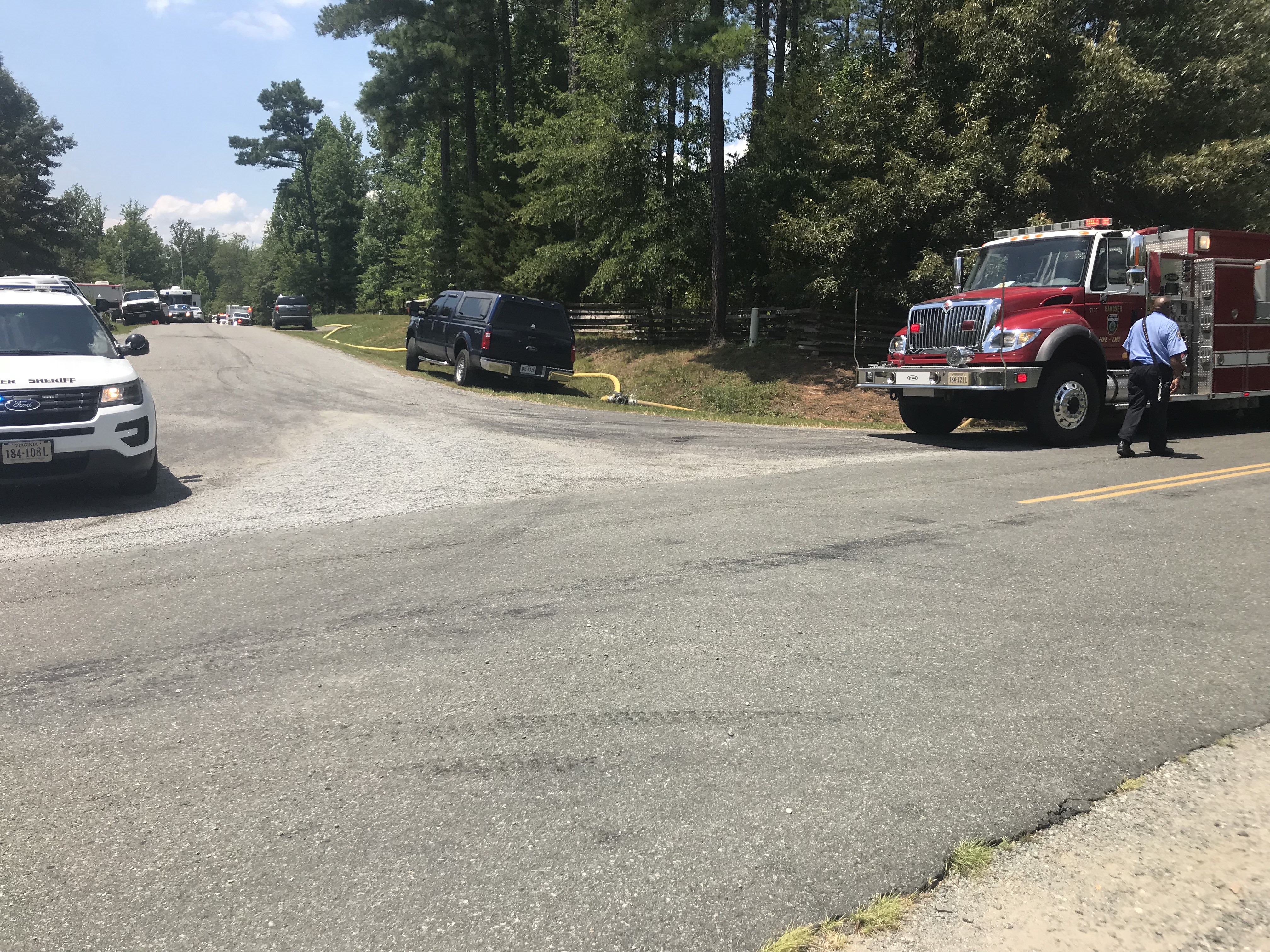 "Fire units immediately began to attack the fire until an adult male body was located behind the structure," Cooper said.

Deputies said the man had died from an apparent gunshot wound.

"No suspects are being sought at this time," Cooper said.

The blaze was marked under control just after 1:30 p.m.

Officials said the investigation, which is in conjunction with the Hanover Fire Marshal’s Office, is ongoing.

Anyone with additional information about this investigation is asked to contact the Hanover County Sheriff’s Office at 804-365-6140 or the Metro Richmond Crime Stoppers at 804-780-1000. Citizens can also download the “P3 Tips” app for their
mobile device to submit their tip. Both Crime Stoppers methods are anonymous.