POWHATAN, Va. -- Fire and Rescue Chief for Powhatan County, Steven Singer, tells CBS 6 the cause of the massive fire that burned the $5.9 million mansion to the ground five months ago remains "undetermined."

The Phillips family owned the 12,000 square foot mansion on Dalmore Lane in Powhatan, and fire investigators said they were away in New York for a family event when the fire broke out. 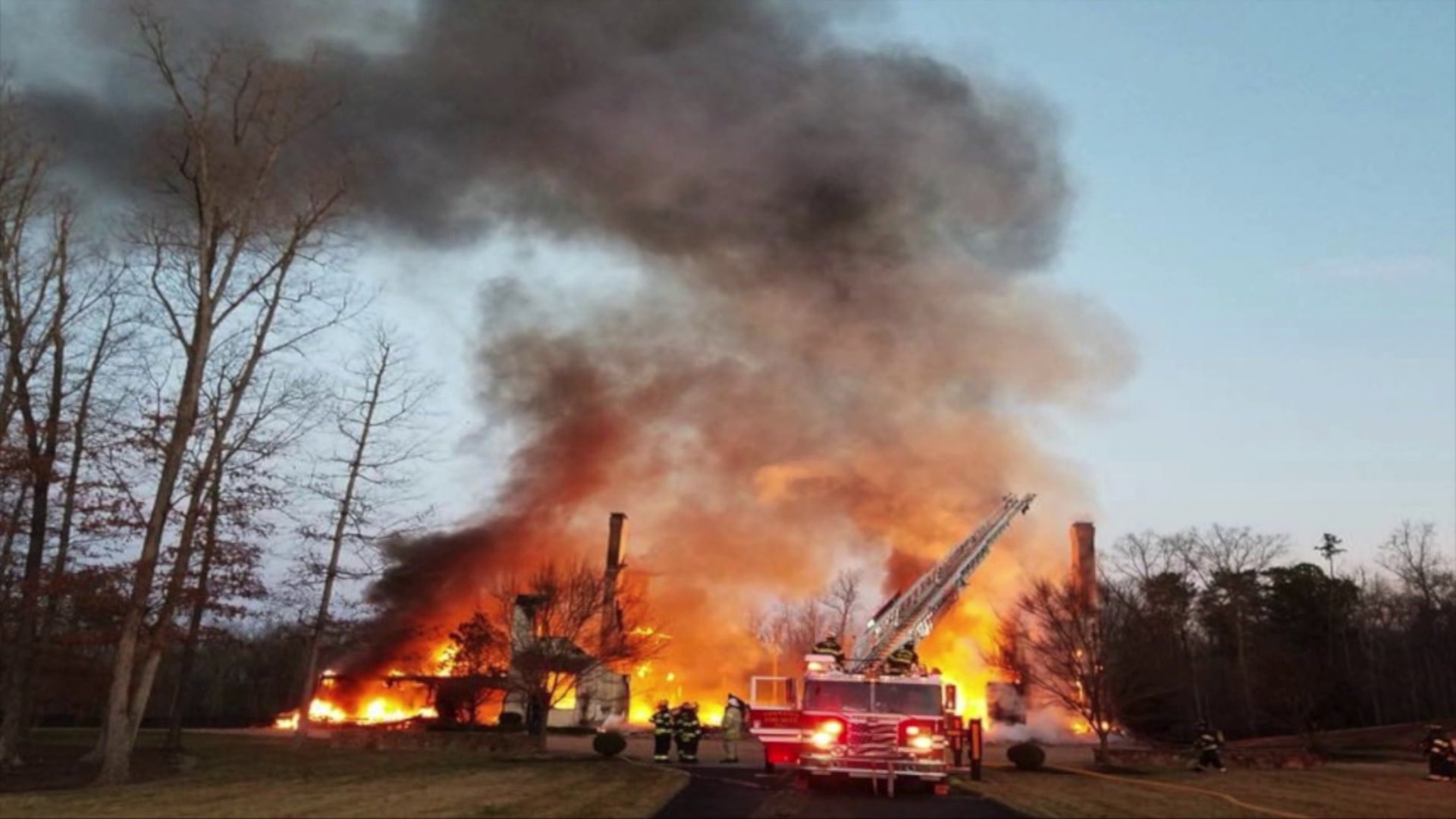 Photos posted on various real estate websites show the incredible home prior to the fire when the owners were apparently trying to sell it.

The websites show the home had seven bedrooms and 10 bathrooms, an elevator, and an in-home media center.

Will Phillips co-owns Sky Zone, a trampoline park in Richmond, with his brother and a friend. He said his parents, Terry and Cathy Phillips, built the home.

Chief Steven Singer said in an email that the investigation into the fire in now inactive, but not closed, and it has been turned over to the insurance company.