CHESTERFIELD COUNTY, Va. -- Authorities are asking for the public's help to identify a man and woman wanted for stealing cash and credit cards from a mini van in a Chesterfield gym parking lot.

Lt. Don Story with Chesterfield Police said the crime happened Wednesday at the ACAC Fitness Center in the 11600 block of Robious Road when the suspects broke out the window of a minivan and made off with the cash and credit cards inside.

Story said the two suspects were captured on surveillance video using those stolen credit cards before the theft was even discovered.

Officers released a photo of the vehicle they believe the suspects were driving -- a black or dark blue, newer model Chevrolet Impala with no license plates.

Please SHARE on SOCIAL MEDIA to SPREAD THE WORD! 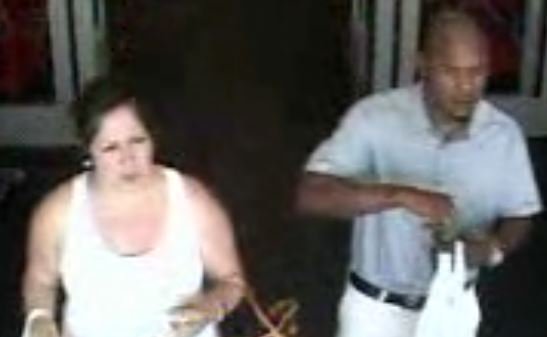