RICHMOND, Va. – Police are asking for the public’s help to identify a suspect captured on surveillance video robbing a South Richmond Family Dollar.

The male suspect is believed to be involved in four robberies at the Family Dollar located on East 16th Street.

The first incident occurred around 2 p.m. on Sunday, July 1. Police believe the suspect also robbed the store the next day around 4 p.m. on July 2. The third robbery occurred around 11:30 a.m. on Tuesday, July 10.

Police say the male suspect entered the Family Dollar and approached the cashier with a bag with a note demanding money. 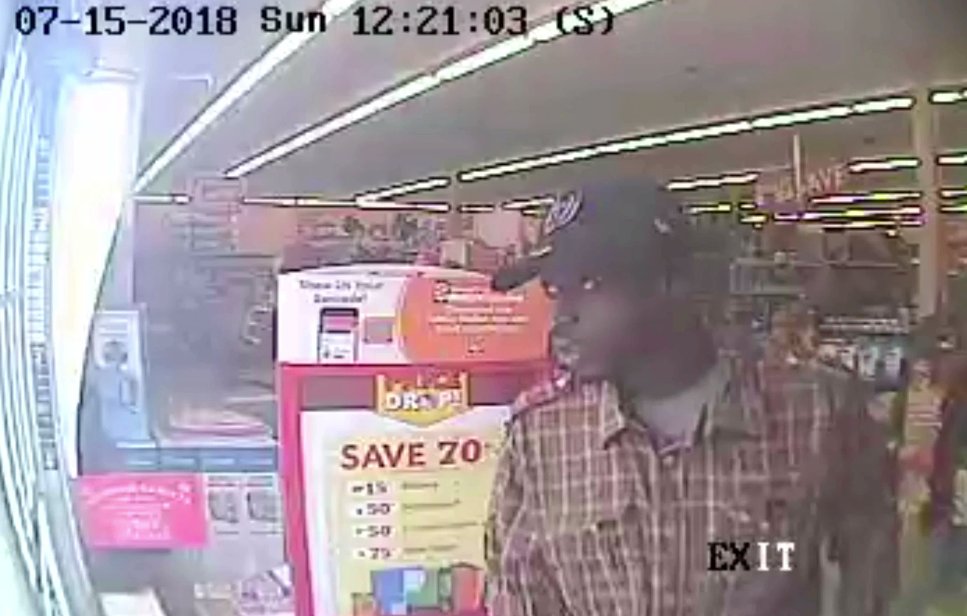 After the cashier complied, the suspect fled the store on foot with an undisclosed amount of money. He was last seen walking toward Decatur Street and headed toward Jefferson Davis Highway.

The suspect is described as a black male with a moustache. He was last seen wearing a brown plaid button-down shirt, a Washington Nationals baseball hat, and black pants.

Anyone with information about this incident is asked to call First Precinct Detective T. Wilson at (804) 646-0672 or Crime Stoppers at 780-1000. The P3 Tips Crime Stoppers app for smartphones may also be used. All Crime Stoppers methods are anonymous.