CHESTERFIELD COUNTY, Va. -- The driver of a stolen police cruiser crashed along the 9500 of Midlothian Turnpike, near Robious Road, in Chesterfield Monday afternoon.

That suspect has been identified as 19-year-old Selvin Lazo-Caballero , who is now in police custody.

Photos and video from the scene showed police near the crashed cruiser.

The cruiser was stolen from outside the McDonald's restaurant at the intersection of Hopkins Road and Meadowdale Boulevard, Chesterfield Police confirmed.

Police were called to the fast food restaurant in the 5900 block of Hopkins Road for a report that a suspect was attempting to steal a vehicle.

An employee of the restaurant was with the suspect, as was another male when an officer arrived on scene.

At one point, the suspect entered the officer’s marked police vehicle and fled in it, according to police. The suspect struck a non-police vehicle in that area; no one was injured.

A non-police vehicle was struck on Midlothian Turnpike, but no one was injured.

Lazo-Caballero was taken to the hospital to get medically cleared. Charges are pending. 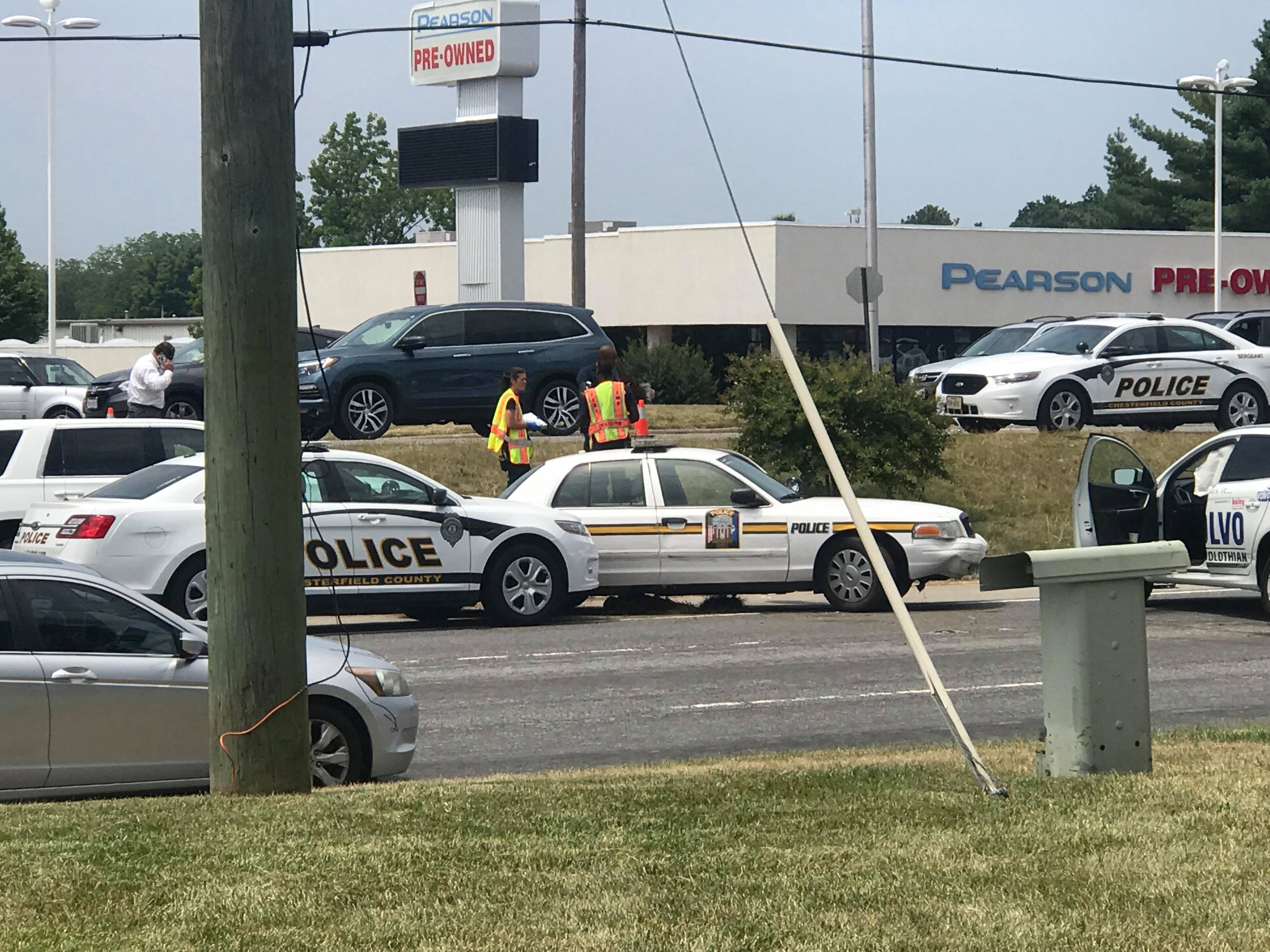