Homeowner begs for help after mudslide: ‘I could have gotten killed’

RICHMOND, Va. -- A Fulton Bottom resident is calling on the city to help her get her yard back. A mudslide tore a path of destruction through Letha Pittman-Gayle’s property three weeks ago.

Letha Pittman-Gayle points to the damage.

The homeowner filed a claim along with photos with the City attorney’s office. Property records show the City of Richmond Recreation and Parks owns the land behind the home.

Friday heavy equipment and construction crews were seen working on the property. Pittman-Gayle said that work was being done prior to June 22.

“For 32 years never had this problem, but as soon as they started doing whatever they doing up here on this hill, then this happens,” said Pittman-Gayle.

Late Friday, city officials said there was no city contractor work being done in the park and no city employee or contractor did anything to cause the slide from the rain.

Keith Barron, Chief of Risk Management for the city provided the following statement:

“The claim was received by the City Attorney’s office and forwarded to PMA for handling. The adjuster has requested a report from DPW as to the source and cause of the slide in order to determine liability. That report has not yet been received.

If the City is responsible, we would reimburse her for the damages for work done by parties she engages. The City staff would not come on to private property to do the cleanup.

If a contractor’s work was the cause, the claim would be referred to them.”

Pittman-Gayle says she lost her husband of four months back in October 2009 after a tree branch behind their property struck him in the head while he was mowing their lawn. She says the issues with her yard bring back bad memories and more fear.

“I could have gotten killed,” she said. 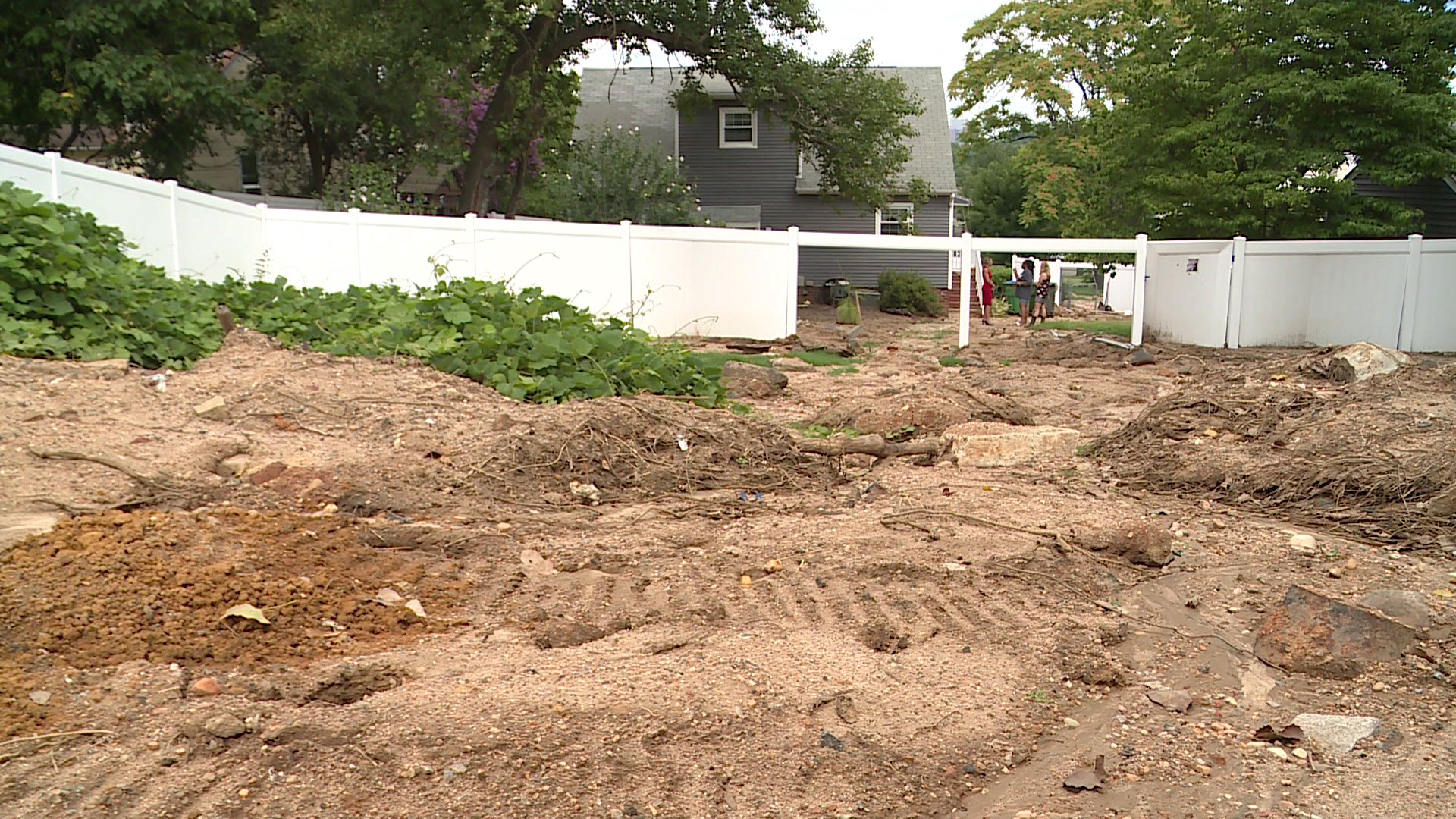