RICHMOND, Va. -- Police are investigating a late-night crash involving a police cruiser in Richmond that sent five people to the hospital.

The crash happened just before midnight Tuesday at the intersection of St. Paul and W. Charity streets.

Police said officers were responding to a robbery in progress call when a patrol car collided with a minivan at the intersection.

The five people inside the vehicle, three adults, a teenager and a toddler, were taken to an area hospital with minor injuries, police said.

Neighbors said they could see the passengers trapped inside the minivan.

Neighbors said the officer ran the stop sign -- and that this is not the first time they have seen it happen in the area.

“If they are chasing somebody -- or if they’re in a hurry they just don’t stop -- they keep on going," she said. "And this is a residential area, and they need to stop like everybody else.”

Police have not confirmed if they were chasing someone on foot.

The officer involved was not injured.

The Crash Investigation team is investigating the crash.

This is  a developing story. Witnesses can send news tips, photos, and video here. 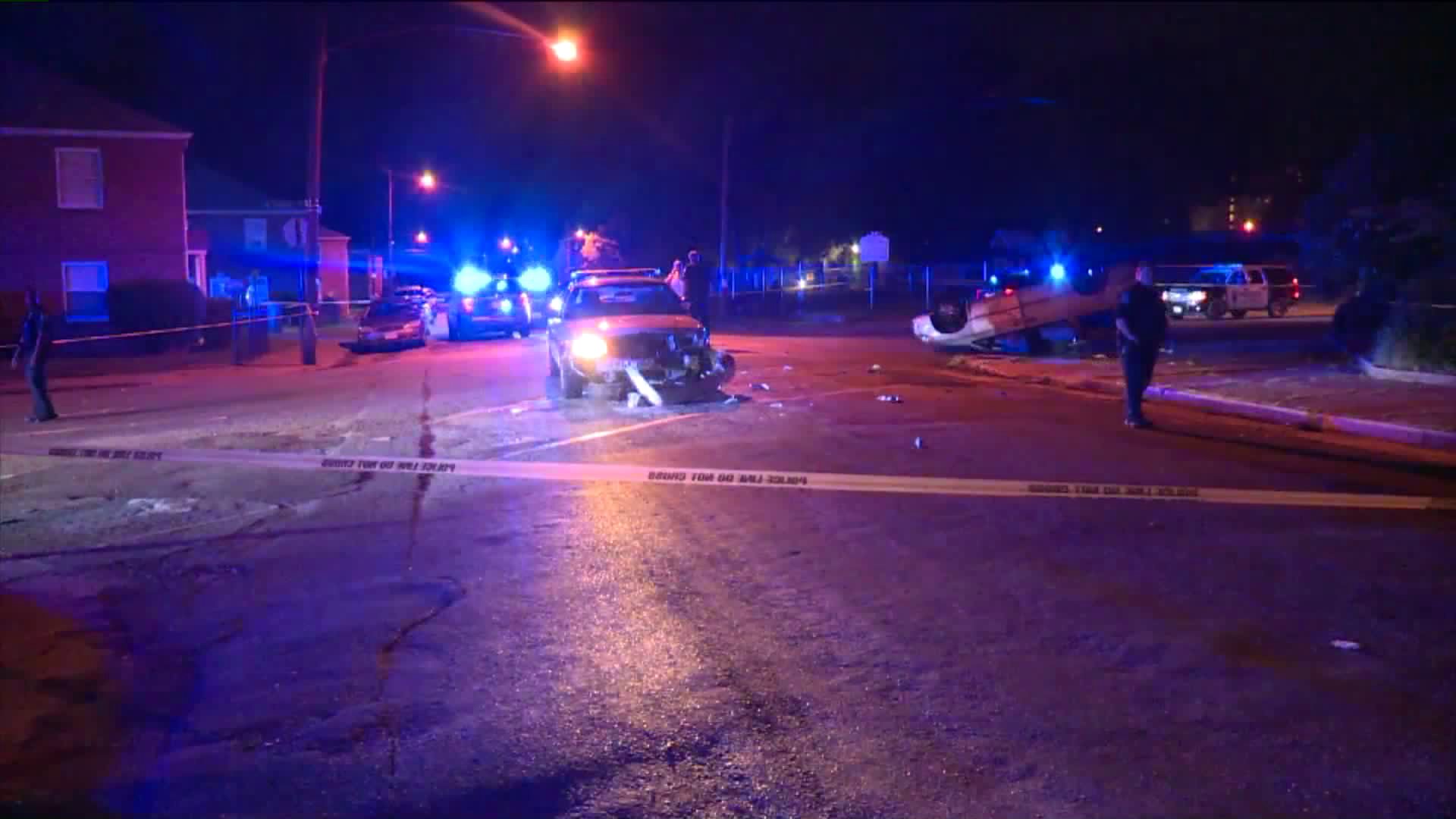